On Sunday last week, Indonesian authorities cooperated with the FBI to arrest Medlin. He has been accused of being a pedophile, having fled since December 2019. Even this arrest has been labeled red notice of Interpol.

Medlin was arrested in the Kebayoran Baru area, South Jakarta. Metro Police Chief Commissioner Jaya Yusri Yunus has confirmed the information about the arrest of the fugitive with the FBI. However, Yusri did not reveal the time of Medlin’s arrest. 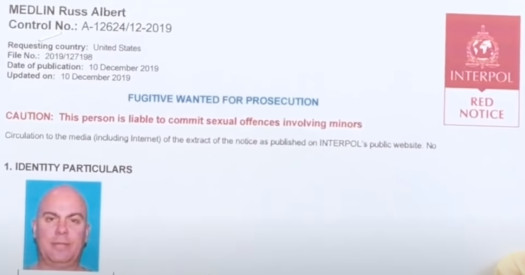 Medlin, a convicted pedophile, has been a fugitive on the run since last December

Even so, the Indonesian authorities have arrested him on charges of having sex with children, not the Bitclub Network. Specifically, after being accused by the police of three young girls that he had paid them to have sex with him, only after checking his identity did they learn about the information. Red newspaper of Interpol.

Medlin’s arrest will eventually trigger the cancellation of the original arrest warrant and indictment.

As AZCoin News mentioned above, the US government accuses the BitClub Network of being a $ 722 million Ponzi scheme. Medlin entered Indonesia on a tourist visa at the end of 2019. He had $ 20,000 on his confiscated person.

As one of the instigators behind the BitClub Network, Medlin is said to have access to a large number of assets. Most likely stashed cryptocurrency.

The US government has not asked for the extradition of Medlin. We hope they will in the coming weeks. If convicted in Indonesia, Medlin faces a fifteen-year prison sentence.

The Ponzi scheme Bitisis has gone bust, suspecting the scammers are from China