CornerChain (CNR), the native crypto asset of Corner, a network of blockchains that claims to provide ledger services to businesses, has pulled the rug on its users. 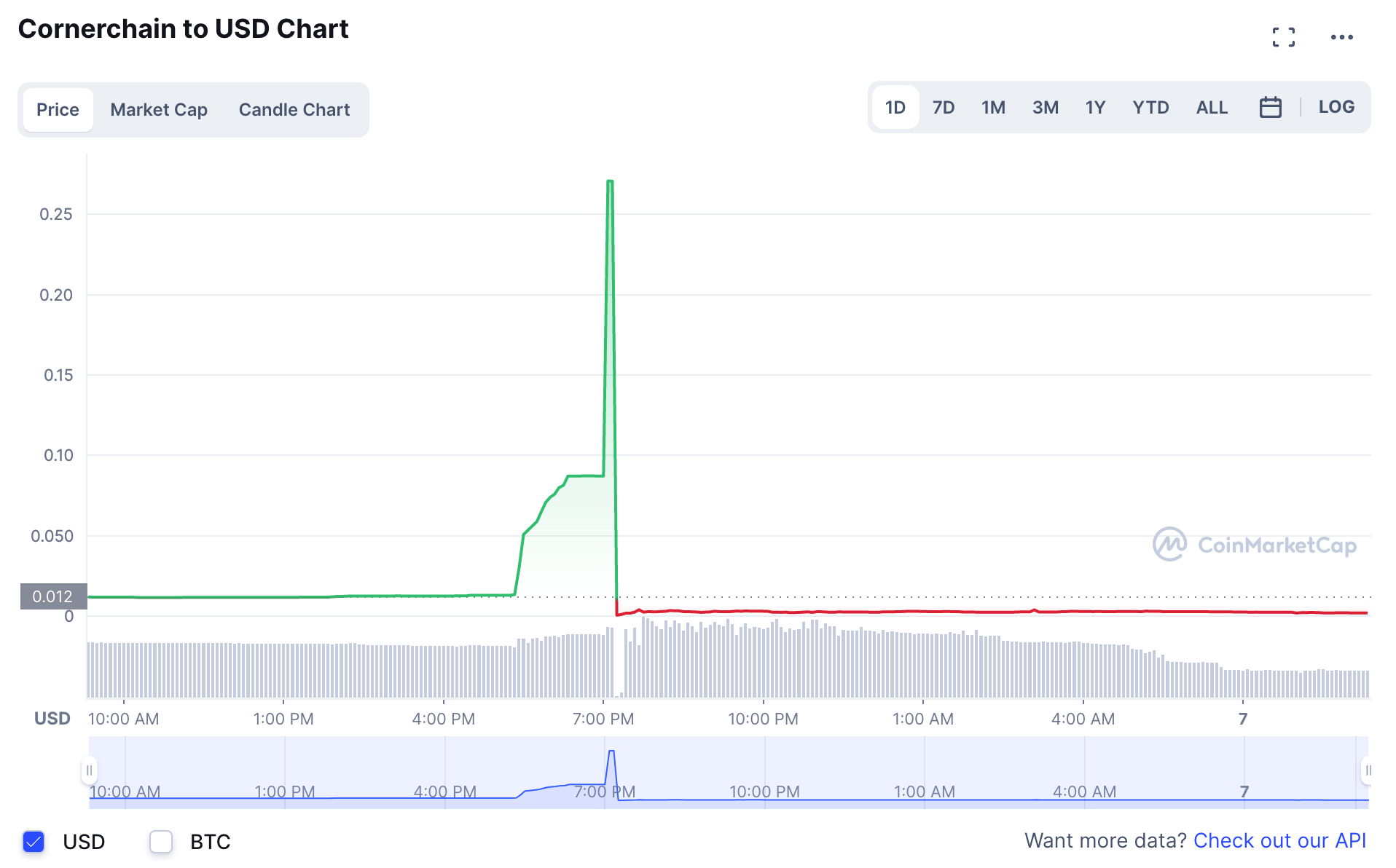 Cornerchain trades on PancakeSwap (V2), a popular decentralized exchange (DEX), allowing BEP-20 token swaps on the BNB Chain. Pancakeswap V2 is the largest exchange in the BNB Chain ecosystem and one of the top DEXs in terms of market share. Users can trade against a liquidity pool thanks to the exchange’s automated market maker (AMM) architecture.

A look at the Twitter handle of Cornerchain reveals a scanty one with most tweets deleted, except for the BSC contract address posted on Aug. 24. A further peek into responses on Twitter revealed that most users were complaining about not being able to sell CNR. A malicious actor could program a token to limit some investors’ ability to sell it while leaving others unrestricted. These selling limits are telltale indicators of a fraudulent project.

A rug pull is a kind of crypto scam that happens when a project pumps its token before vanishing with the funds, leaving investors with a worthless asset. Rug pulls occur when dishonest developers create new crypto tokens, inflate their worth, and then extract as much value as they can before leaving them when their value reaches zero. Rug pulls are a type of decentralized finance (DeFi) exploit and the most common exit scam. A Polygon-based Web3 lifestyle sports application that combines GameFi and SocialFi elements, pulled the rug on its users.

Bitcoin price tumbled by the most in two weeks, falling below $19,000