The two-year legal conflict between Ripple and the U.S. Securities and Exchange Commission (SEC) is ending. A reply to the commission’s opposition to the crypto company’s application for summary judgment has been submitted.

Stuart Alderoty, the general counsel for Ripple, tweeted that the company’s response was its last one. He claimed that in the application, the firm begged the Court to rule in its favor. Alderoty claimed that the cryptocurrency corporation was pleased with the defense it had put up for the sector.

Brad Garlinghouse, the CEO of a cryptocurrency payment startup, mirrored Alderoty’s opinion when he said, “Ripple stood strong and withstood the SEC’s onslaught.”

I said it on day 1, we will aggressively fight to get clear rules for the entire industry in the U.S.

Congrats to all of Team Ripple for getting us to this point. Ripple stood strong and withstood the SEC’s onslaught. I look forward to being on the right side of justice. https://t.co/oKhKjIdTSW

The SEC was alleged to have failed to establish the existence of an investment contract in the redacted court document from December 2. The company claimed that the two founders of Ripple were qualified for summary judgment over their choice to trade on foreign markets. The SEC was unable to present any relevant evidence to the contrary, according to the business.

“After nearly two years of pleadings, discovery, and motion practice, the SEC still cannot identify the alleged “common enterprise,”cannot explain how XRP holders can meaningfully expect profits from Ripple’sefforts, and cannot respond to the point that many XRP recipients invested no money at all”, Ripple stated.

Ripple had enormous support from the cryptocurrency community throughout the two-year court battle, which has now come to a close. Crypto companies like Coinbase and others filed almost a dozen amicus curiae briefs. In addition, 70,000 XRP holders submitted a brief supporting the business.

Additionally, Ripple won small successes like gaining access to William Hinman’s emails, a former director of the SEC. Meanwhile, several commentators have claimed that the verdict, in this case, will affect the overall cryptocurrency business.

An early summary judgment in the SEC v. Ripple lawsuit may be forthcoming, according to defense attorney James K. Filan.

This week, the former federal prosecutor made a notation that the judge was probably going to combine the majority of the open matters and rule on them all at once. Prior to rendering the final judgment, the court must rule on three crucial questions. These are the motions for summary judgment, arguments against expert motions, and disputes over the sealing of expert reports, the Hinman reports, and other records that the SEC has provided.

How the XRP price going on?

XRP trading was suspended and delisted by many cryptocurrency exchanges as soon as the SEC filed its case against Ripple. At the time, the cryptocurrency asset was among the top 4 digital assets by market cap.

Data from CoinMarketCap shows that XRP’s market cap fell to a low of $9.98 billion after the lawsuit. But during the 2021 bull market, the asset recovered and peaked at $83.42 billion in April 2021. 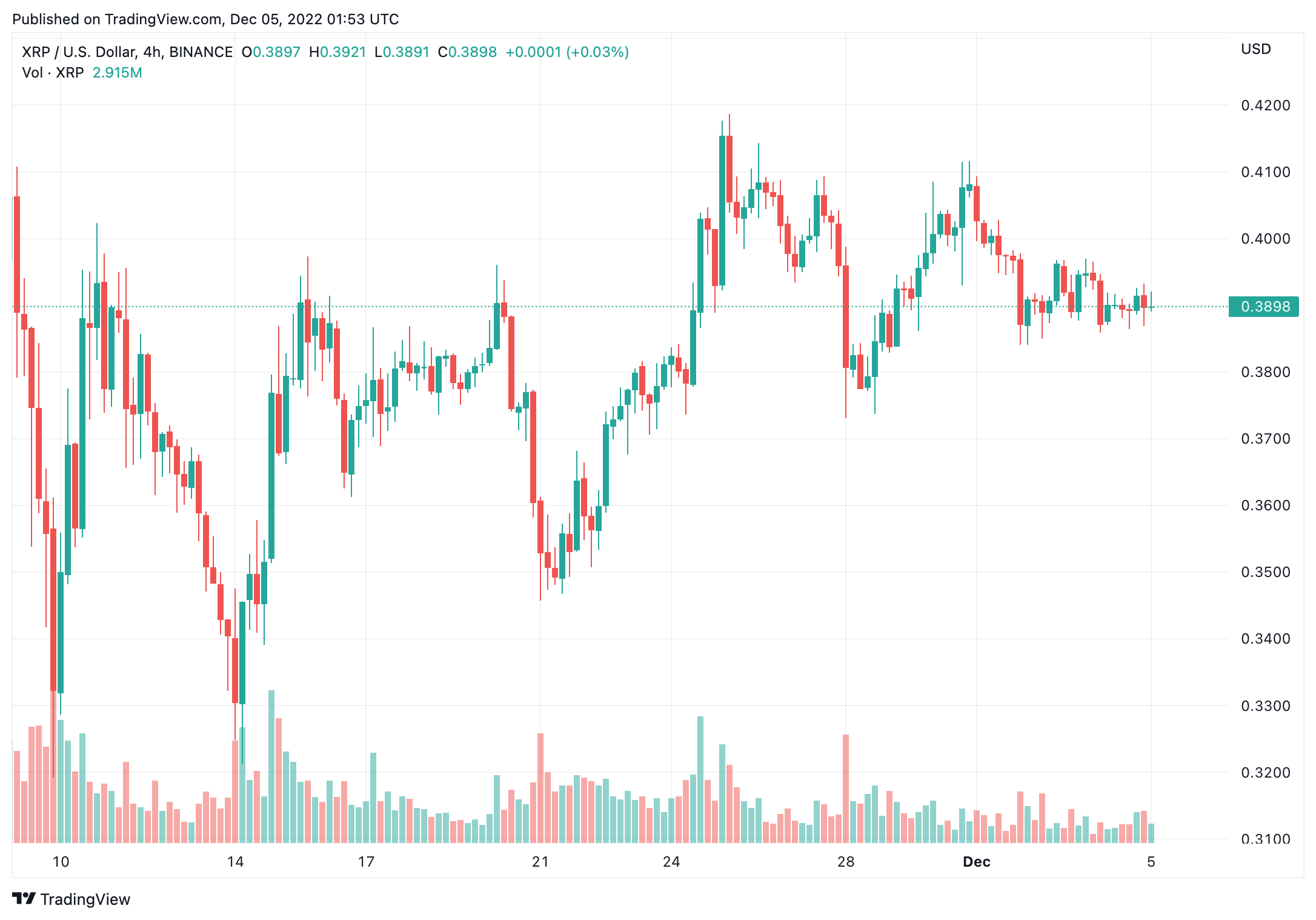 During the legal dispute, the price of XRP temporarily soared above $1, reaching a high of almost $1.80. But as of the time of publication, the asset’s price was $0.3898 due to the present bear market conditions.