John Deaton, an attorney for Ripple, has provided additional details as to why he thinks the United States Securities and Exchange Commission (SEC) case can give Ripple Labs the upper hand in the current dispute over the legal status of XRP tokens.

Deaton contends that the SEC’s assertions that XRP is a security at all times demonstrate that the Howey test lacks a clear definition, making it difficult to apply in deciding whether an asset is a security. According to Deaton, the roughly 3,000 amicus filings that were submitted to the court showed that first-time buyers of XRP were utterly unaware of Ripple Labs’ existence or any connection to the coin.

The SEC has prepared a witness to testify against XRP during this litigation, which was started in December 2020. According to the guidelines of the Howey test, the expert attempted to refer to the entire XRP community as a “common enterprise,” according to Deaton.

When an investor’s gains depend on other people’s performance or the people selling their investment, it is considered a shared enterprise. Since the expert did not speak with any XRP holders and the SEC did not disclose the expert’s perspective in its summary decision, Deaton claimed that the claims were false.

Attorney Deaton stated that individuals who think the SEC has a chance to win the case are overestimating the regulator’s chances in light of all the observations and contradictions he had found.

“People predicting the SEC will definitely win and that XRP is doomed are overstating the SEC’s chances. The SEC’s allegations are stretched too far,” Deaton said. 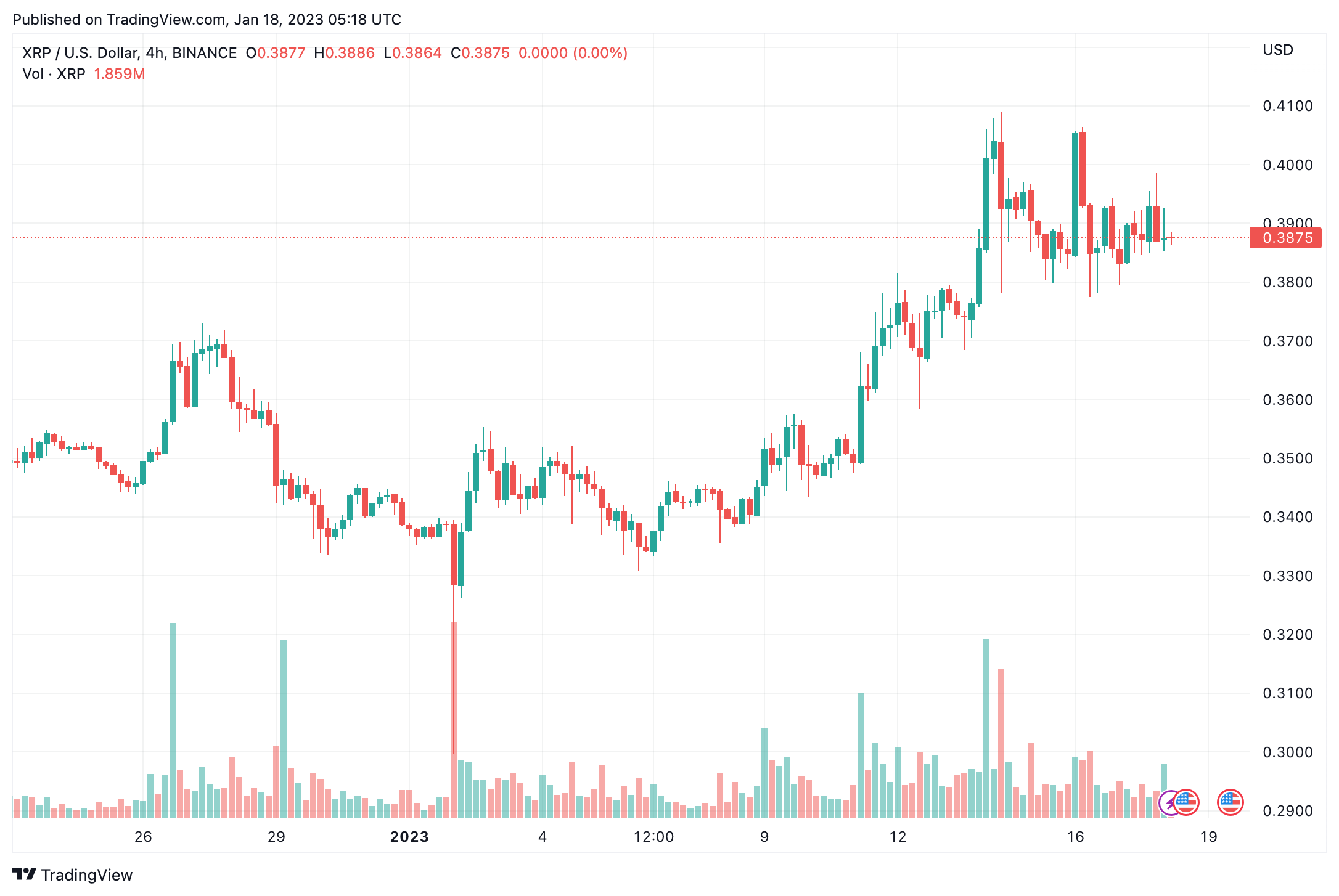 The XRP coin’s price has taken a beating due to the protracted legal battle; it is presently trading at $0.3893, down 89.92% from its all-time high of $3.84. Many think Ripple’s victory would mark a significant turning point for the XRP token.

Gloomsayers “are overstating the SEC’s chances,” according to a legal expert

One prominent legal expert had further comments to make in support of the blockchain business Ripple Labs as the widely reported court battle between the SEC and the SEC appears to be nearing its conclusion.

In particular, John E. Deaton, a defense attorney and well-known commentator on the case, claimed that the SEC was stretching the truth in its claims, calling attention to the Howey analysis the regulator used to claim that the XRP token was a security, as he explained in a Twitter thread on January 16.

He specifically mentioned that the SEC’s contention, according to which the XRP coin is security at all times, was evidence enough that applying the Howey test to Ripple Labs and XRP was troublesome and challenging.

Deaton emphasized the 3,000 affidavits that demonstrated the initial XRP purchasers were unaware of Ripple, that they bought it for non-investment purposes, that they received benefits from XRP that were entirely unrelated to Ripple, and that the SEC’s expert witness had changed his mind about the notion that Ripple was a joint enterprise.

“If you carefully read the SEC’s brief, it claims XRP is the common enterprise itself. It actually says it. But guess what? The SEC ALSO claims that XRP itself represents all the promises and inducements and efforts made by Ripple since 2013 until the present”, he stressed.

According to Deaton, all of this demonstrates that the SEC is mistaken, that XRP satisfies both the second and third prongs of Howey, and that the case’s chances of success are remote. In addition, the lawyer published a piece of his argument and stated that in his opinion: “That’s not how a Howey analysis works, and it certainly doesn’t make a token itself always a security no matter the circumstances. People predicting the SEC will definitely win and that XRP is doomed are overstating the SEC’s chances. The SEC’s allegations are stretched too far.”

The token price in this litigation, which stood at $0.3876 at press time, has been rising in line with the broader cryptocurrency market trend. It increased by 10.97% over the past week and 10.03% over the previous month.

XRP is currently the sixth-largest cryptocurrency by this metric, with a market valuation of $19.66 billion. A favorable decision in action brought against the financial regulator would be quite bullish for the price of XRP shortly. Given Deaton’s optimism that the SEC will lose the case, the odds could indeed be in the favor of Ripple and XRP.

FTX Debtors: $5.5 billion have been identified; total liabilities between $10 billion and $13 billion