Binance and whales transferred approximately $500,000,000 worth of this Ripple-related currency two days ago. XRP is still being affected by the SEC-Ripple case, likely to be resolved later this year, and is still trading in the $0.38 region despite the recent increase of Bitcoin. At the time of writing, XRP is changing hands at $0.3781. 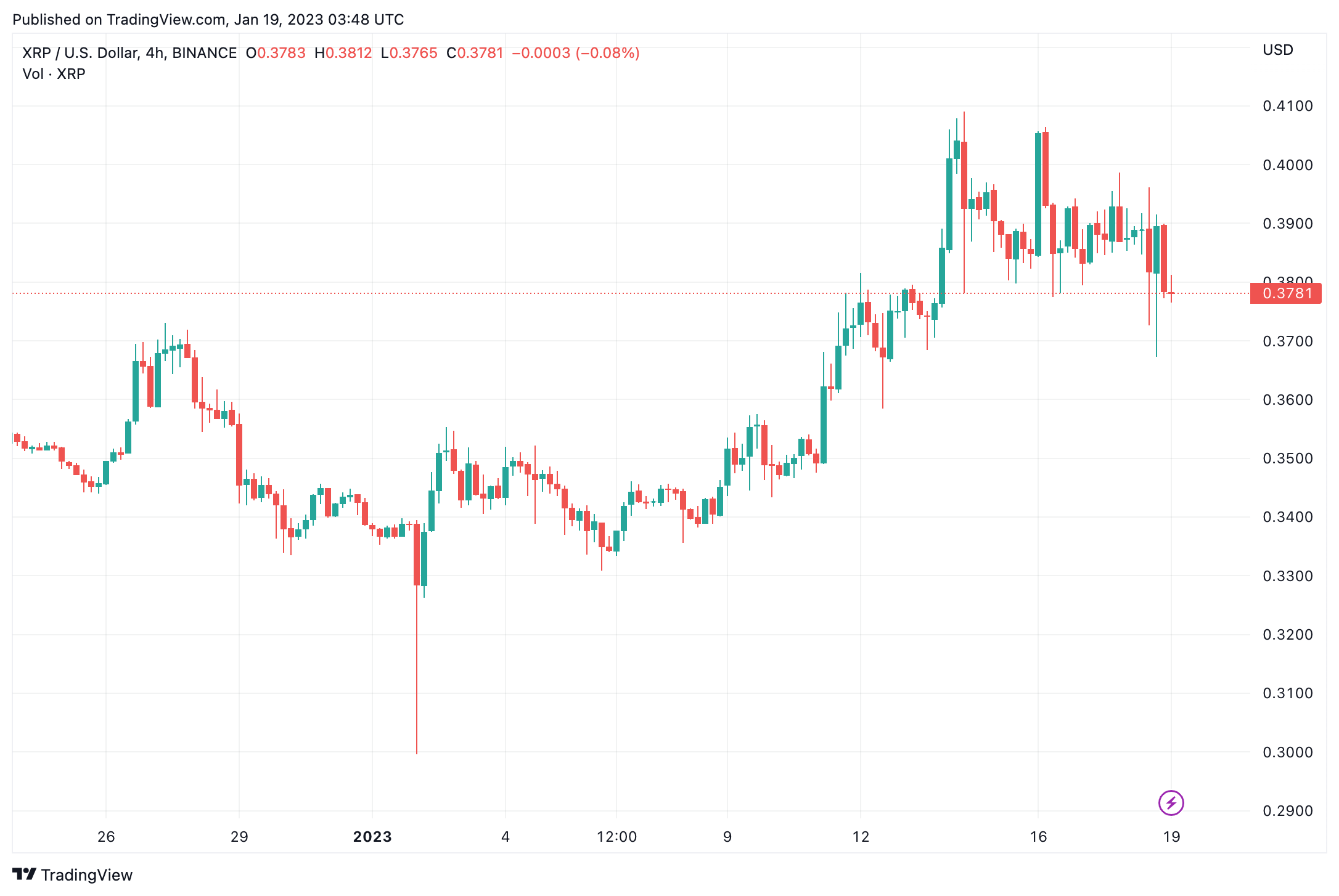 The Binance giant just transferred over 300 million XRP coins between its addresses, demonstrating that significant sums of the cryptocurrency are still being traded on the market. The price of XRP has experienced substantial drops and gains over the last few days, with revenues of 9% and 6%, followed by drops of 7%. The price of XRP has increased by around 7% overall during the last week.

Contrary to XRP, the top two cryptocurrencies, Bitcoin and Ethereum, have shown weekly gains of 21.73% and 18.24%, respectively, propelling most other cryptocurrencies forward. While Ethereum is trading near the $1,600 mark, Bitcoin has surpassed the $21,000 mark. However, XRP is still trading in a narrow range of around $0.3873.

The XRP price is currently trading close to the resistance at $0.39364 on the local chart after bouncing off the support at $0.38518. Since the altcoin has already exceeded the majority of its daily ATR, there are slim odds for further gain today.

The more likely outcome in this circumstance is sideways trade in the region of $0.391-$0.394. Neither the bulls nor the bears have built up enough power to make a new move on the daily chart. However, the key level of $0.40 should not be overlooked. There is a chance to witness the breakthrough of the $0.40860 resistance level soon if the candle closes close to it without having extended wicks.

DCG bought CoinDesk in 2016 for $500,000 but it may be forced to sell the crypto publication and file for bankruptcy