Have you ever wondered why the price of XRP is not rising while Ripple is always trying to create more demand for it? Even Ripple officials do not express support for XRP, how can XRP price growth in the future?

I currently hold around 5% of the bitcoin that I once did.

In a series of tweets, Schwartz said that global regulatory uncertainty is preventing the company from predicting price action for XRP. Ripple currently owns more than half of the total XRP supply and is actively working to develop its ecosystem through investments in the cryptocurrency space and the ODL remittance platform.

Therefore, Schwartz – also one of the architects of XRP Ledger – said:

“The company is acting out of an abundance of caution considering its sizable stake in the crypto asset and in light of the lawsuits claiming Ripple illegally sold the digital asset as an unregistered security.”

No. I’m saying that’s why it’s harder for them to talk about their XRP holdings and opinions.

Schwartz began Bitcoin mining in 2011. He revealed he has sold most of his BTC portfolio and currently owns 5% of the BTC he once held. 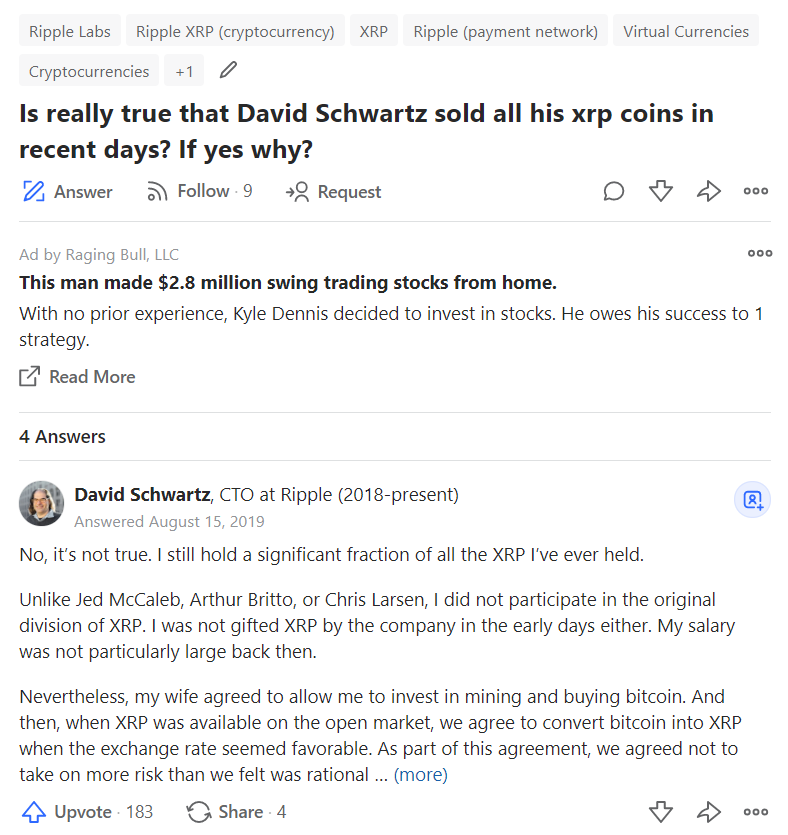 Back in August 2019, Schwartz said he still holds a significant portion of XRP on XRP that he has accumulated over the years.