According to the latest report from Ripple, XRP’s global transaction volume soared 299% in Q4 2020 to $ 148.15 billion. This is quite an impressive figure after XRP had a long slide following news that the SEC was suing Ripple for selling unregistered securities. At press time, XRP is trading around $ 0.4271, recording a gain of over 52% over the past seven days.

Q4 was arguably the most chaotic quarter for Ripple and XRP. After skyrocketing to a multi-year high of $ 0.77 in late November on top of the Flare Networks Spark’s Spark airdrop, XRP then fell more than 78% in a month because of an SEC complaint.

XRP surged in early February, returning to a November high and then falling by more than half in value as a result of a manipulated pump and sell-off. Not surprisingly, the volatility of the token increased sharply by 174 in Q4. 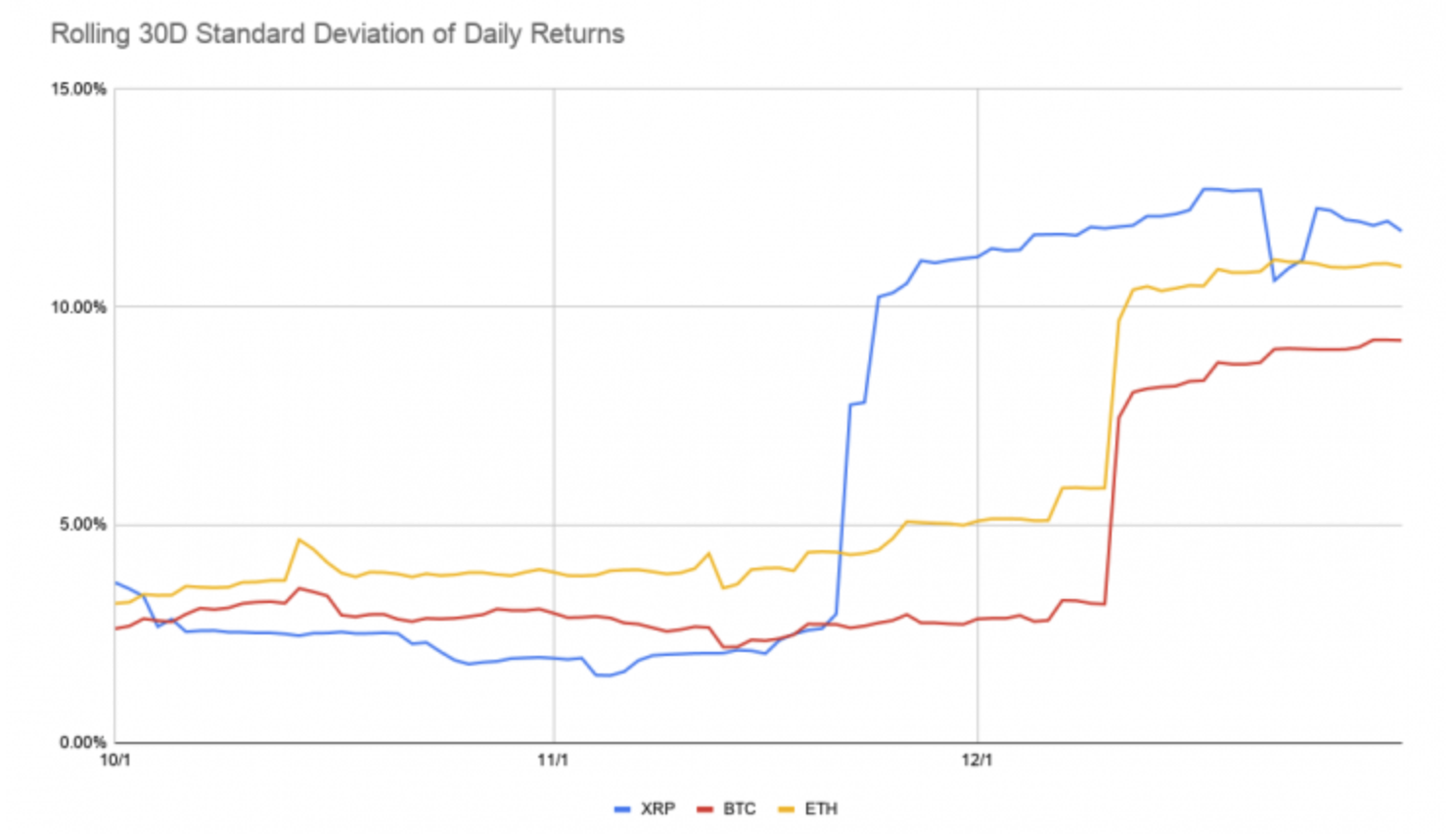 XRP only lost 12.49% of its volume due to a series of transaction restrictions.

Ripple’s XRP sales actually surged 122% in Q4 to $ 111.12 million, representing 0.05% of global transaction volume. The company stated that the sales were related to the development of an On-Demand Liquidity (ODL) product.

Can XRP grow faster than most of the other popular coins?

Yesterday, the XRP price tried to break through the resistance of $0.4, but the growth was not supported by large volumes. After the daily maximum at $0.42, the pair again rolled back below the $0.4.

From the bigger perspective, XRP has the potential to get to $0.65. Such a move is supported by the low selling trading volume. If XRP keeps trading above $0.4, there are chances to get to the resistance by mid-Mach 2021.

On its way to another all-time high for price, Ethereum hit another milestone