Bitcoin price wobbled in its narrow trading range at the Sep. 29 Wall Street open as official data put the United States economy in recession. Bitcoin suddenly dropped to a fresh intraday low of $19,116 on the Bitstamp exchange after the U.S. Labor Department reported that initial jobless claims had dropped to the lowest level since April, surprising the market. At the time of writing, BTC is changing hands at $19,306. 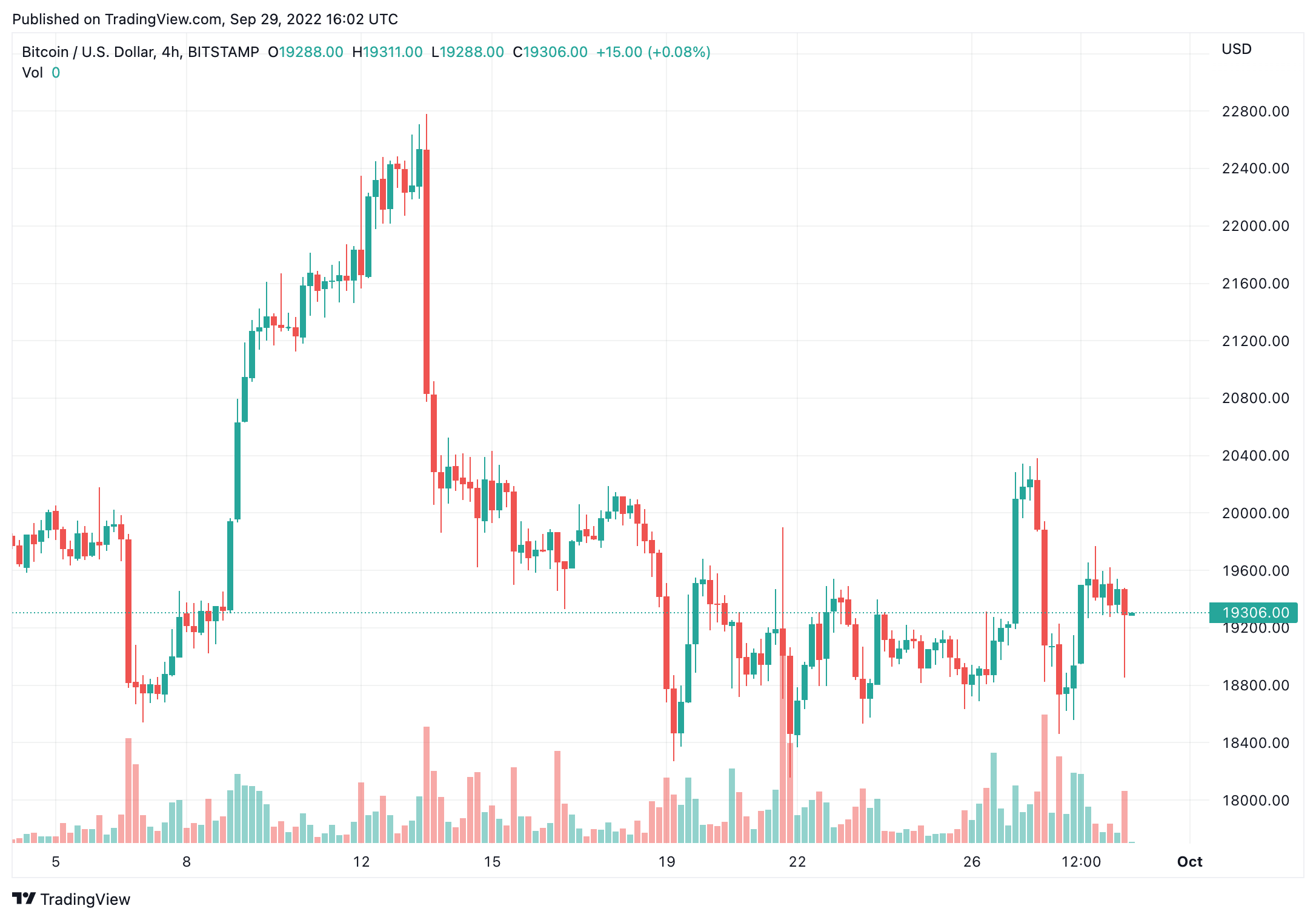 Economists polled by the Wall Street Journal had predicted 215,000 jobless applications for the week that ended on Sept. 24. However, jobless claims came in significantly below estimates at 193,000. Andrew Aziz, the managing partner at Peak Capital Trading, explained that the good news is bad news for Wall Street since the U.S. Federal Reserve now has more room to hike interest rates.

With jobless claims going lower, there is no reason for the central bank to pivot to a more dovish monetary policy, given that it believes the labor market is still too tight. The fresh economic data stands in the face of the failing recession narrative that could have promoted the Fed to change course.

The recent jobless claims likely mean that the central bank will announce its fourth consecutive 75-basis-point hike in November since previous increases have cooled the economy. Bitcoin’s price action has been mainly dictated by broader macroeconomic factors, with the Fed maintaining a tight grip on risk assets. Pundits like Galaxy Digital CEO Mike Novogratz do not expect Bitcoin to recover unless the Fed pivots to a more accommodating monetary policy.

Noting that the -0.6% GDP result was better than the forecast -0.9%, on-chain analytics resource Material Indicators nonetheless had little reason to celebrate.

The growing belief that SEC unfairly targeted Ripple in its crackdown