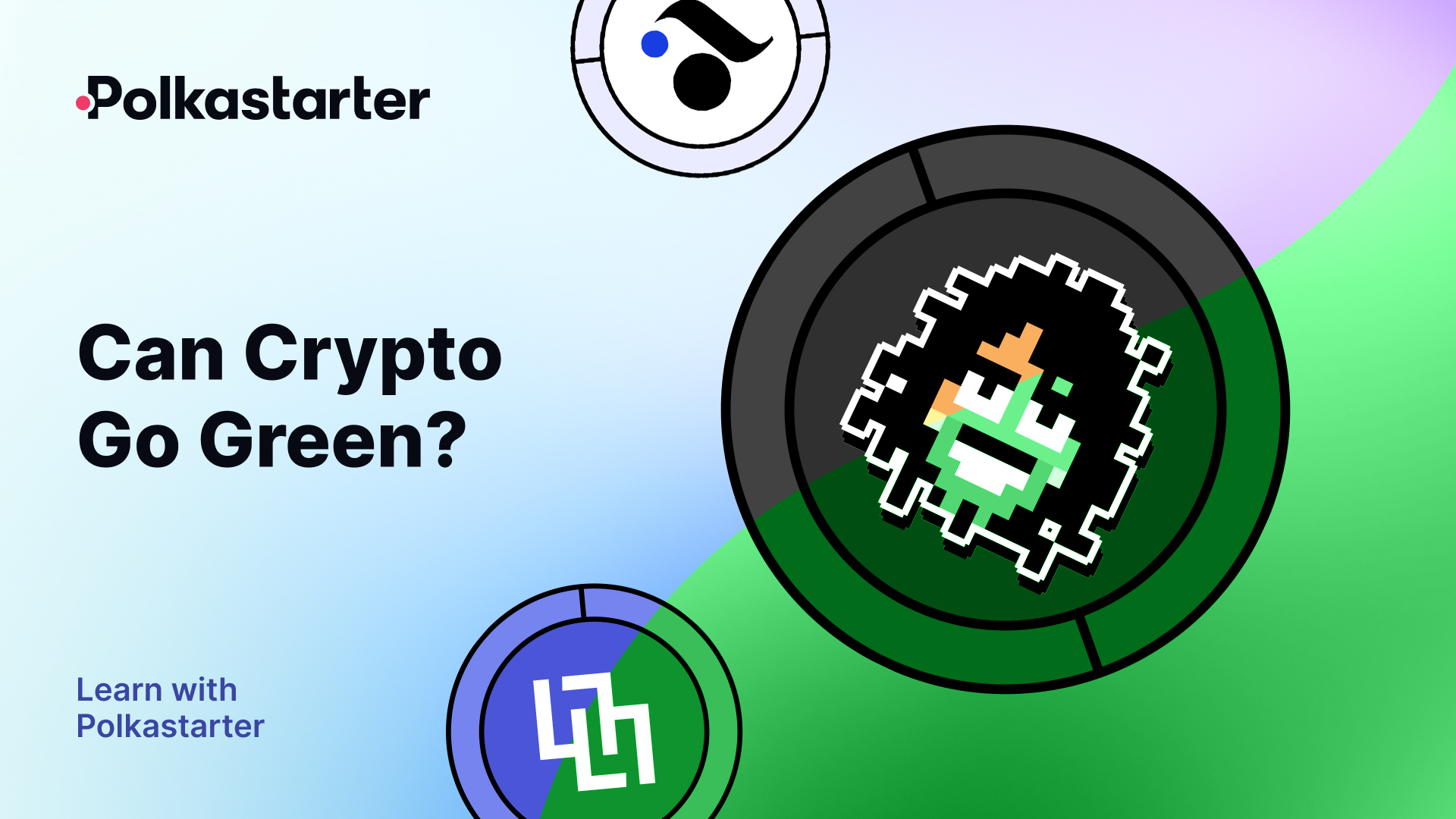 One of the main concerns about cryptocurrencies is their lack of environmental pedigree. For a breed of technology as controversial and talked about as crypto, harming the environment is not exactly a storyline that’s working in its favor. Today, we’ll take a deep dive into the environmental challenges faced by crypto and how they are being addressed.

Why are cryptocurrencies bad for the environment?

Cryptocurrency mining is highlighted by a process known as proof of work (PoW). In very simple terms, proof of work is the method of verifying and tracking the creation of new cryptocurrencies and transactions in a blockchain. This process is much more labor-intensive and than you’d think. Let’s paint a picture.

When talking about the mining process, imagine the following:

If we go back to 2019 and a study by the scientific journal Joule, Bitcoin production was estimated to generate between 22 and 22.9 million metric tons of carbon dioxide emissions a year, levels that are comparable to the carbon footprint of countries like Jordan and Sri Lanka.

The same journal followed up their study in February this year, taking into consideration the mining crackdown in China that shook up global mining activities. The impact of China’s decision has potentially reduced the use of renewable electricity sources for mining, resulting in an overall increase in the carbon footprint. New data shows that Bitcoin mining is now responsible for 65.4 MtCO2 annually, a number comparable to country-level emissions in Greece.

How much energy does “crypto” use, exactly?

According to the Cambridge Bitcoin Electricity Consumption Index, in 2020, Bitcoin, the most widely-mined cryptocurrency network, used an estimated 26.73 Terawatt-hours of electricity. Want some context to rationalize that number? That’s more electricity than the Netherlands, Argentina, or the United Arab Emirates.

Care for a more interesting comparison? According to the same source, the amount of electricity consumed by the Bitcoin network in a single year could cover the total electricity needs of the entire University of Cambridge for 876 years.

Why are NFTs bad for the environment?

No article on crypto would be complete without a mention of NFTs. Non-fungible tokens are hot in the crypto world but it looks like so is their impact on the environment. From the birth of CryptoKitties to the most recent Bored Apes craze, digital art has put a burden on blockchains like never before.

To give you some more context on how PoW works, miners are essentially competing against each other on who will validate blocks of transactions first. What are their weapons in winning this battle? Computing power.

The major marketplaces to buy and sell NFT art, such as MakersPlace, Nifty Gateway, and SuperRare, execute their sales on Ethereum. As explained earlier, NFTs are minted using the proof-of-work operating method, which uses large amounts of electricity.

Let’s get to some numbers. According to research by digital artist, Kyle McDonald an average carbon footprint for a single-edition NFT averaged across all NFT platforms on Ethereum (rounded to closest 100Kg) as:

According to digiconomist, a single NFT transaction on the Ethereum platform emits almost 150 kilograms of carbon dioxide, equivalent to 331,056 Visa transactions or 24,895 hours of watching YouTube.

Can crypto go green? Here are some examples

Now let’s move to Costa Rica and the Poas I hydroelectric plant which provides energy to the computers of Data Center CR used for cryptocurrency mining. Costa Rica is a particularly interesting use case as it boasts an impressive production of renewable energy. From renewable energy sources, let’s move to established blockchains that are trying to make a difference.

Tezos already utilizes the aforementioned proof of stake mechanism and is considered one of the greenest blockchains in the market. In a study conducted by PwC, the Tezos blockchain protocol’s total annual carbon footprint for 2021 approximates the average footprint of 17 World citizens.

Ethereum is already working on a big upgrade. The vision? Go greener.

Algorand pledges to be the greenest blockchain with a carbon-negative footprint. Partnering with ClimateTrade, they have intensified their efforts to achieve something notable.

Inspired by the Paris Climate Agreement, the Crypto Climate Accord (CCA) is a private sector-led initiative for the entire crypto community focused on decarbonizing the cryptocurrency industry in record time.

The most recent development saw Kenya offer renewable energy sources to miners. The Kenyan energy company KenGen is set to make green energy sources available to miners if they place their facilities around the company’s geothermal plant.

Can NFTs go green? Here are some examples

The artist community is not blind to the problem. Yes, crypto has given opportunities for digital art to shine and for artists like Beeple to sell an NFT for $69 million, but the tradeoff is undeniably hurting the environment. Here’s the good news: change is on the horizon.

The crypto ecosystem is already presenting a wave of change, with much greener options. With initiatives like “Change The Code, Not The Climate”, the main proposition is to transition from a proof of work to a proof of stake model.

What’s also interesting to pay attention to is the initiatives by key partakers in the NFT space. In early 2021, artist Memo Akten wrote: “A guide to ecofriendly CryptoArt (NFTs),” highlighting not only more “sustainable” networks and methods that could make existing blockchains more energy-efficient.

Much like PoW, proof of stake is a consensus mechanism used to validate cryptocurrency transactions. What’s the difference? As explained earlier, proof of work incentivizes validators  to compete against each other to solve cryptographic puzzles and validate transactions to earn block rewards.

Conversely, while the end result is the same, proof of stake uses a different methodology. Validators are being allocated work based on a set of rules depending on the "stake" they have in the blockchain. It’s a much less energy-intensive process.

Solana has recently introduced Proof of History, a validation method that presents a huge improvement in terms of the speed and capacity of blockchain networks.

The first step to solving a problem is identifying it, accepting it and embracing the need for change. No one in the crypto community is fighting against going green. The challenge is evident and no breed of cool, groundbreaking technology is enough to endanger the one thing that unites us all – the environment.

As things stand, we’re closer than we’ve ever been to solving the environmental conundrum. When will we reach the desired result? There is no clear timeline. What is abundantly clear though is the willingness and appetite for change. All partakers are doing their part to build crypto ecosystems that will respect the environment as much as possible.