Polkadot was trading as high as $ 10 on January 10 before the entire cryptocurrency market collapsed. The digital asset touched $ 7.26 on January 11 and currently trading at $ 8.69 up 4% in the last 24 hours. One of the reasons probably comes from Polkadot opening the registration portal to join the Rococo V1 parachain. This is considered another big step forward for the network with this very new technology structure. 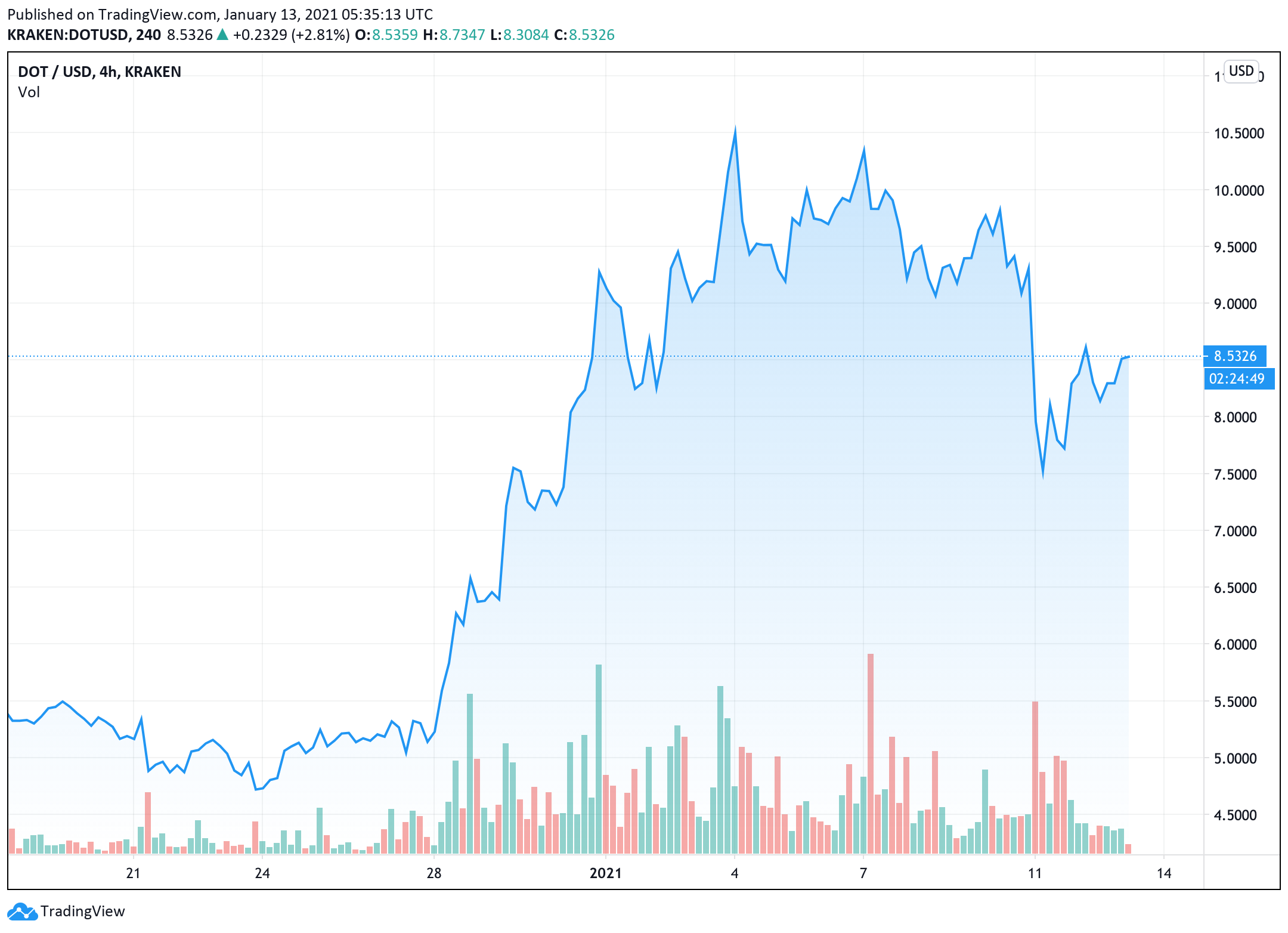 Rococo is a Polkadot testnet built for testing parachains. Rococo utilizes Cumulus and HRMP (Horizontal Relay-routed Message Passing) in order to send transfers and messages between parachains and the Relay Chain. Every message is sent to the Relay Chain, then from the Relay Chain to the desired parachain. Rococo currently runs three test parachains (Tick, Trick, and Track), as well as several externally developed parachains.

Polkadot has opened the registration portal to join the parachain Rococo V1. This is considered another big step forward for the network with this very new technology structure.

To stay up-to-date with the latest developments, join the #rococo:https://t.co/c5tJbpC4gZ on @element_hq.

A few hours ago, Polkadot also announced that Plasm Network was the first project to successfully deploy on this new parachain network.

.@Plasm_Network has deployed the first parachain on Rococo V1.

“Our highest priority in 2021 is to become a Polkadot parachain and build a dApps hub on Polkadot. Today we became the first parachain on Rococo V1.”https://t.co/4IepafdL90

Testnet Rococo V1 was announced by Polkadot in December. This is a very special structure when each parachain will be a separate blockchain system, simultaneously connecting and interacting with each other through a structure called Relay Chain. to utilize resources as well as resources.

Polkadot Network went live on mainnet in May of 2020 but without parachain functionality. It is now coming that will allow different kinds of blockchains to run in parallel enjoying the security of the central Relay Chain.

[Coinbase] Price alerts are currently in a degrated state

Coin Metrics: Altcoin season could be upon us but not…

A recent survey revealed that more than 30% of Latinos…