Max Avery, a politician, international trade expert, businessman, and political pundit who, according to his website, is well-known in the US, has endorsed XRP on Twitter.

Here’s How XRP’s Value Can Finally Be Realized: Max Avery

$XRP provides massive utility and masterfully serves the purpose of payment facilitation. The value of #XRP can finally be realized as adoption increases & usage goes live, unlike many other #crypto projects that are based purely on speculation.@Ripple has proven utility = value

Avery claimed in a tweet that XRP has “huge usefulness” and is the ideal platform for facilitating payments. He thinks that when the token’s adoption spreads and its use becomes widespread, its value will eventually be progressively appreciated. In contrast to the tremendous utility of XRP, Avery thinks that many other cryptocurrency ventures are purely speculative.

Santiment reported that XRP, XLM, and SNT have been surging throughout the weekend, and their social influence has increased dramatically. This indicates a greater likelihood than normal of a price increase for these three altcoins. However, while these tokens are trending, there may also be a potential for a fast sell-off, according to Santiment. 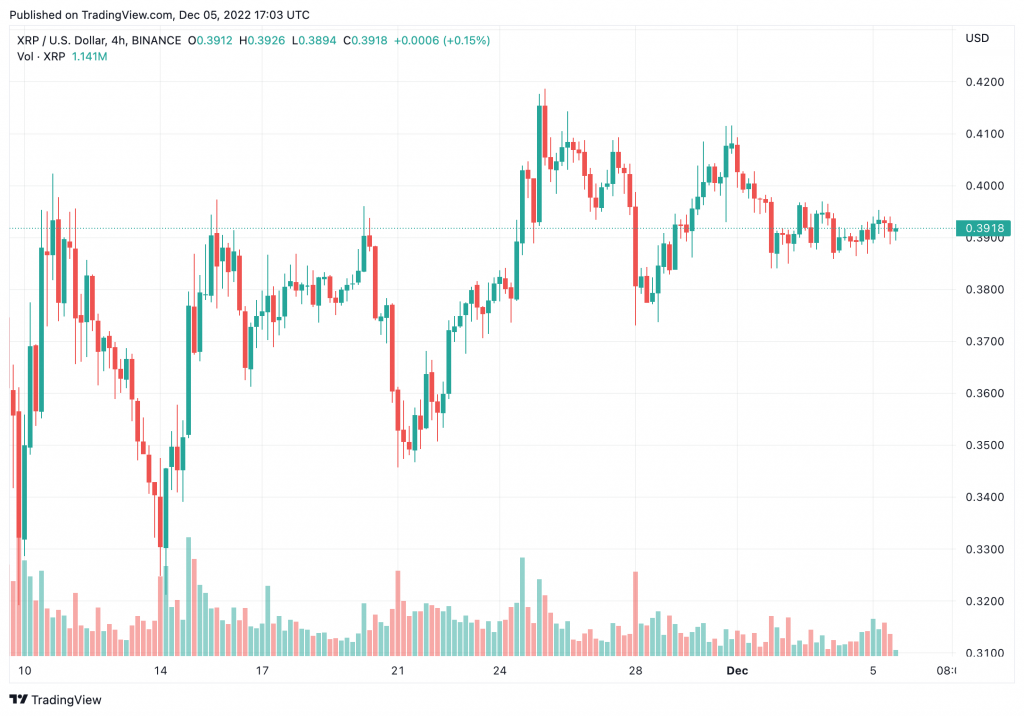 XRP has experienced a 4.77% decline since November 30 and is currently trading at $0.3918. Despite this, whales have been very active with this coin, moving a significant quantity over the weekend—more than 150 million XRP. Additionally, unknown whales dumped less than 100 million coins into the Bitstamp exchange during the previous 24 hours.

David Gokhshtein, the founder of Gokhshtein Media and a former candidate for the U.S. Congress, forecasts success for Ripple and the broader cryptocurrency sector.

Ripple will win. The #crypto industry will win as well.

The SEC is now involved in a legal dispute with Ripple on claims that the company’s officials sold XRP to engage in illegal security offerings. If the case is won, it might create a significant precedent for the cryptocurrency sector. The SEC and Ripple submitted their redacted responses to oppositions requesting summary judgment over the weekend.

Stuart Alderoty, general counsel at ripple, announced the historical development. He said Ripple’s final submission in its request that the reply papers represent the court rule in its favor. He continues by saying that Ripple was pleased with its heroic effort and that the defense was made on behalf of the entire cryptocurrency industry.