Over the past 24 hours, Bitcoin price only increased slightly by 0.4% while the market was in the red, most large-cap cryptocurrencies plunged without braking. At press time, BTC is trading around $ 32,720, recording an 11% drop over the past 24 hours. 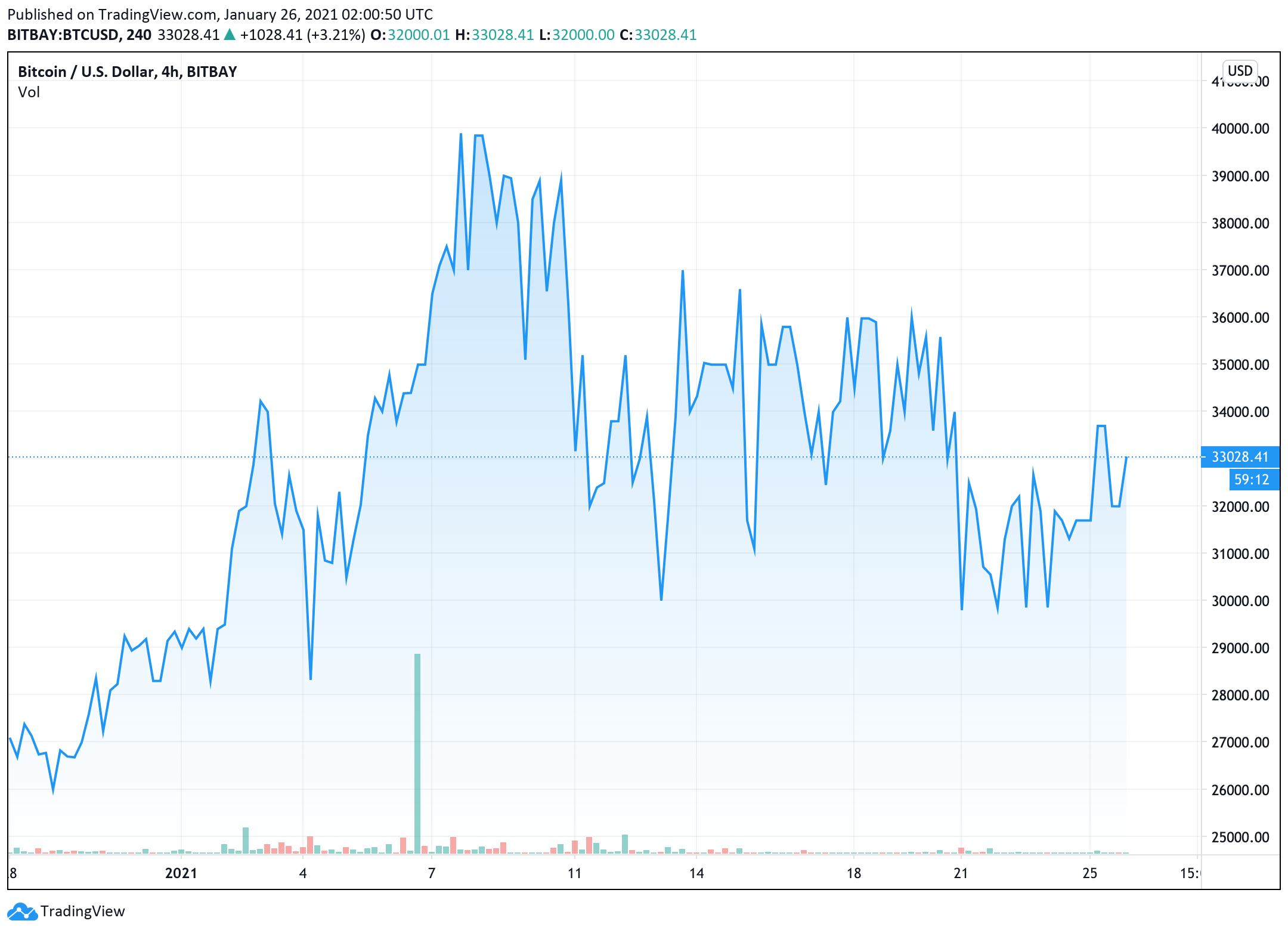 Bitcoin has stopped rising in recent two weeks. Many analysts believe that the downtrend will prevail soon. Currently, the virtual currency is stuck in the 32,000 – 33,000 USD range but is still at risk of a breach below the 32,000 USD threshold.

Some bitcoin investors appear to be buying in around $30,000 and taking profits at $40,000, according to some analysts.

In the options market, a bullish bitcoin mentality appears to be forming. Open interest (OI) by strikes is highest at the $52,000 price point as of Sunday, with 21.4 BTC in OI. Second place is much more bearish, however, with 17.7 BTC piled up at the $20,000 spot level.