Origin Dollar (OUSD), stablecoin launched by Origin Protocol has been exploited and the team behind the project has revealed a loss of at least $7 million, including over $1 million deposited by Origin and its founders and employees.

During the early hours on Tuesday morning, Matthew Liu, co-founder of Origin Protocol announced that there had been an exploit resulting in the loss of funds:

“Update on what’s happening with the OUSD hack. The entire OriginProtocol team is hard at work attempting to recover funds and identify the attacker. We will make this right. We appreciate your patience and support in these trying times. Thank you.” He tweeted. 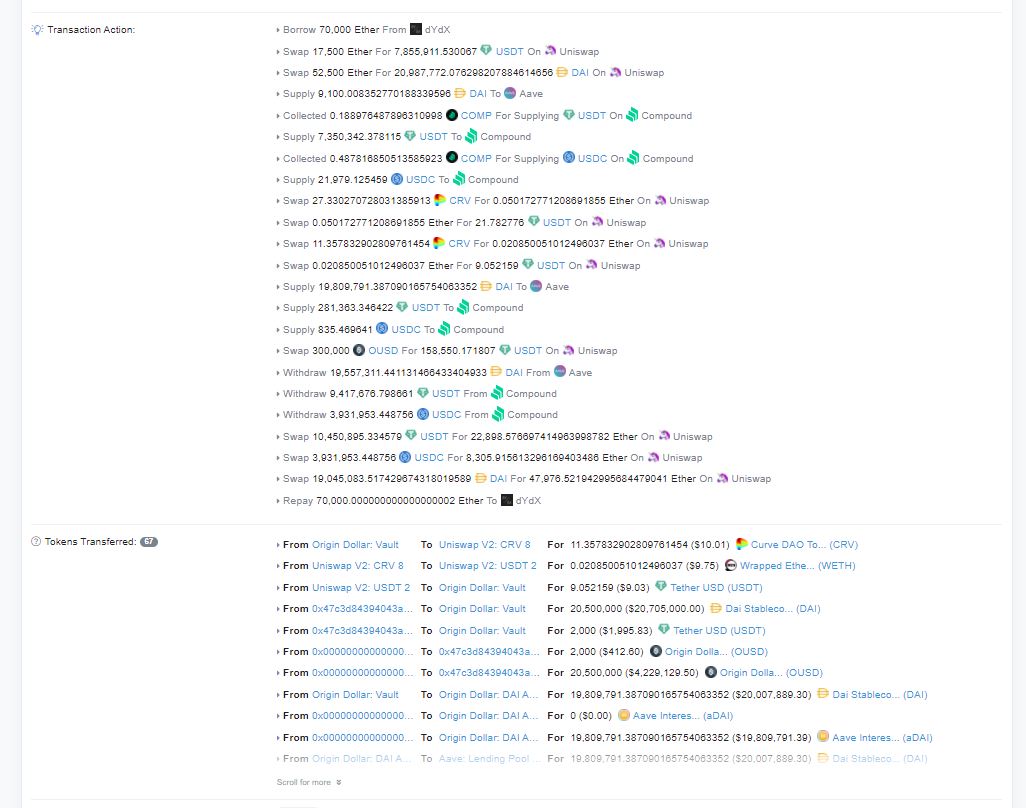 The team has disabled deposits and the price of the project’s native token is down 90% since the attack, according to Uniswap. The protocol urged people not to buy OUSD on Uniswap or SushiSwap as those prices don’t reflect the token’s underlying assets.

”Please do not buy OUSD on Uniswap or Sushiswap as the current prices do not reflect OUSD’s underlying assets. This is a quickly moving process, and our entire team has been mobilized to tackle the crisis.”

“We’ll be continuing to post updates with our community as we learn more. We want to express our gratitude to the community for the outpouring of support. We ask for continued patience as we work to recover the funds and make things right.” Origin Protocol co-founder Josh Fraser told CoinDesk.

Origin wrote in a new update: “The attacker was able to create a rebase event inside the second mint after funds had moved to OUSD from the first large mint, but before the supply of OUSD increased. This created a massive rebase for everyone in the contract, including the attacker. The attacker then also received their first large OUSD mint, giving them in total more OUSD than the contract had assets.”

There are 4 key indicators that could boost Bitcoin price achieve $22,000