Not long ago, the price of OKEx coin (OKB) has risen almost 17% over the past 24 hours, trading around $ 5.72. The reason for this rise is that OKEx founder, Star Xu, has been released – or said the exchange announced that one of the OKEx private key holders has completed supporting the authorities. in a serious investigation. And from now on, OKEx will reopen unrestricted withdrawal service before November 27, 2020. 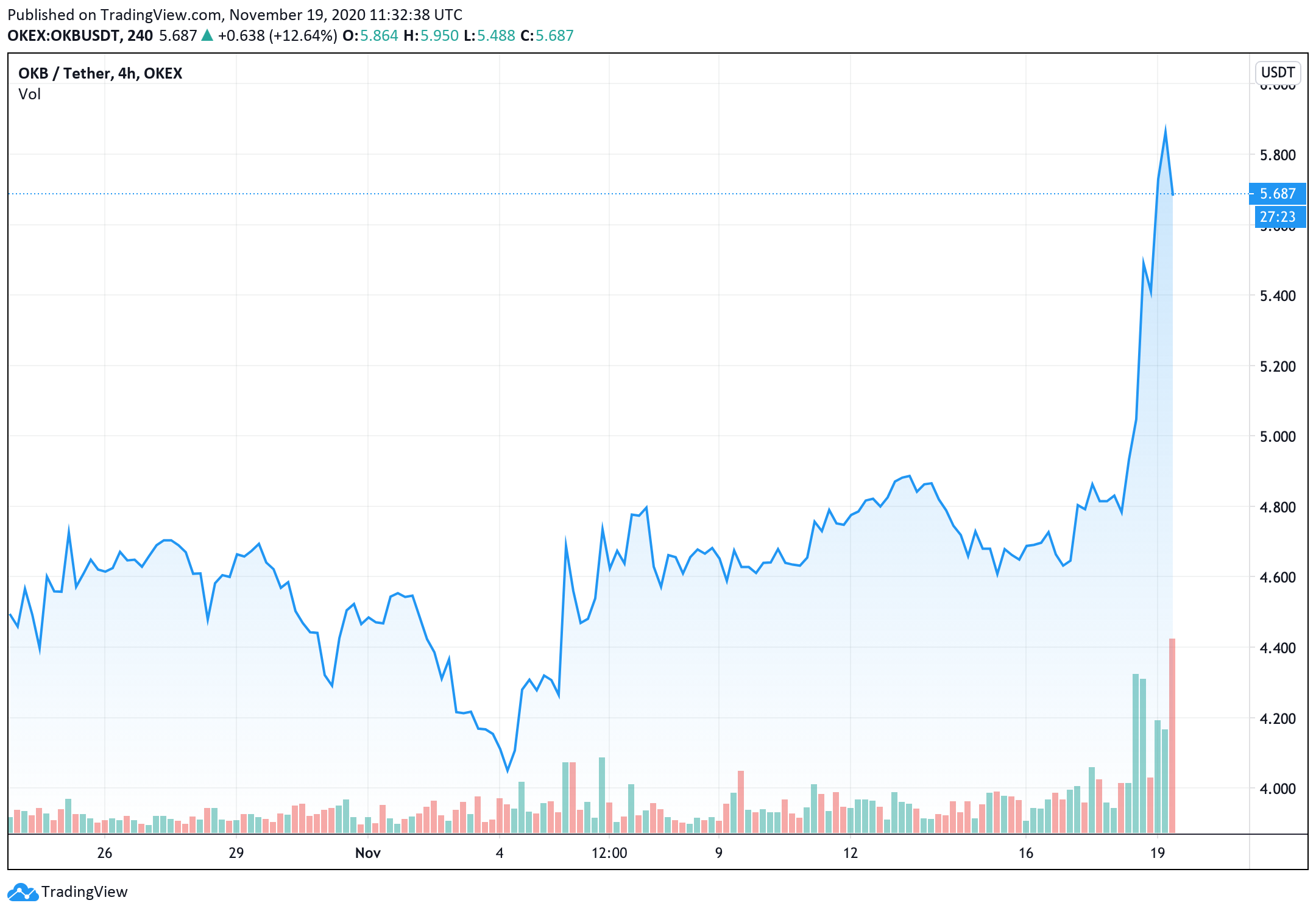 During this investigation, OKEx was confirmed not to engage in any illegal actions and the owner of the private key – Star Xu – has now returned to work. As a result, OKEx will allow users to make unlimited withdrawals before November 27, 2020.

Breaking: OKEx, one of China’s largest exchanges, stated that the founder has solved the problem and returned to work and will open the withdrawal of coins before November 27. Wu exclusively disclosed that the founder of OKEx had restored his freedom 19 hours ago. pic.twitter.com/Xx7VOpF2AW

The announcement from OKEx stated:

“OKEx will therefore reopen unrestricted withdrawals by November 27, 2020. Prior to withdrawals reopening, our team will conduct strict security checks to resume normal operations of the hot wallet system and ensure the safety of our users’ funds. Because OKEx has insisted on maintaining 100% reserves since its establishment, 100% of user funds can be withdrawn without any restrictions after withdrawals are reopened.”

As a sign of apology and gratitude to users, OKEx said it will be rolling out bounty programs over the next few days.

“Simultaneously, we will also be launching significant user loyalty reward campaigns to express our deep apologies and most sincere gratitude to our community. The details of these reward campaigns will be announced in the next few days.”

Xu’s arrest has been continuously “dissected” by the media since October. At the time, OKB was trading above $ 6. However, this news caused the price to drop quickly to $ 4.

Now, OKB prices are returning to their previous levels, although OKEx still denies the allegations that their founders are under investigation for money laundering charges. Well, let’s wait and see in the near future, whether Xu will be called back to “investigation assistance” again!

Deutsche Bank: There seems to be an increasing demand to use Bitcoin, more than gold

Is Citibank no longer supporting Coinbase and…

Rumors of China and cryptocurrency – Bitcoin’s…