Bitcoin price rebounded hard from $10,000 and, in a flash, already found itself back above $11,000. Thus far, the key level couldn’t hold, and now signs are appearing that could suggest the rally was nothing more than a bull trap and retest of resistance turned support. 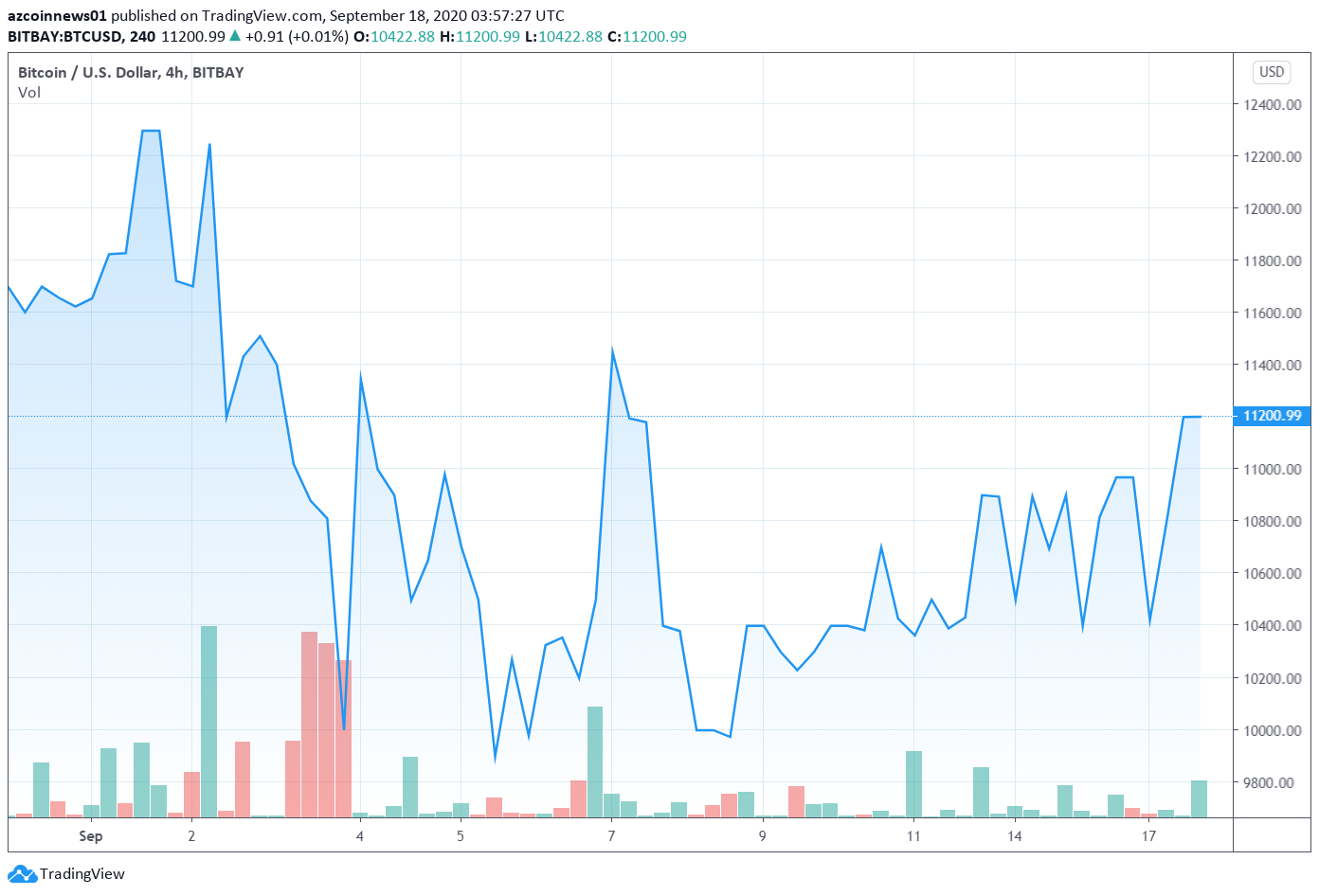 This week, Bitcoin blasted back above $11,000 but failed to hold the critical zone as it did the last time the cryptocurrency had a stretch of extended intraday upside.

At the top of the recent rise, however, the TD Sequential indicator has perfected a TD 9 sell setup. A 9 setup is perfected when the 9 candle reaches higher than its previous candle closes – imperfect setups are less reliable, but can still result in a drop.

The tool was designed by market timing expert Thomas Demark to signal trend exhaustion, and therefore, potential turning points could lead to reversals.

The signal appearing at the height of a retest of support turned resistance could suggest that the latest rally is a bull trap and more downside is next for the cryptocurrency.

TD 9 signals are usually accurate enough to compel traders to take a position in any asset. The tool has called several tops and bottoms in Bitcoin – and recently triggered the same sell setup on the two-week timeframe at the peak 2020 high.

If the bull trap confirms and prices fall, what may have happened was a pullback to retest support turned resistance at the neckline of a head and shoulders top formation.

Head and shoulder are typically reversal patterns. But before prices reach their target, statistics show that price action tends to come back to retest the neckline in a throwback.

Once confirmed, the target is then reached. This pullback and bearish retest coinciding with a highly accurate sell signal don’t bode well for Bitcoin bulls, who may have been overconfident that $10,000 had held thus far.

Another retest of $10,000 could be next after failing to hold above $11,000. Was this latest move a bull trap, or are bears in for a surprise in the days ahead when the current rally continues higher?

In late October 2019, Chinese President Xi Jinping urged his country to be on the forefront of blockchain technology. There was no mention at all of Bitcoin, yet the narrative for an enormous pump and short squeeze was too perfect for whales to ignore.

Sharp buying of a sweep of lows pushed Bitcoin prices to set the third-largest single day rise on record. The insane pump caused serious FOMO as Bitcoin blasted back above $10,000. But ultimately, Bitcoin price was rejected hard, and one of the deepest downtrends followed. The fall took the crypto asset back to $6,000, and eventually, $3,800.

Now, the same sort of price action is playing out across the 12-hour timeframe again in 2020, according to the chart above. The two different segments of price action look very similar, which could indicate that Bitcoin price could fall to the low $9,000 range over the next few weeks, and perhaps even further down the line.

Although $12,400 would mark a higher low on high timeframes, the hallmark of a downtrend, no lower low has yet to be set. A lower low below $3,800 would be crushing to crypto.

However, this sort of price action could simply suggest that the “meme” triangle has yet to be broken out of, and the range is getting tighter. For now, its best to be careful considering a TD 9 sell setup, a head and shoulders, and more could suggest a bull trap and bearish retest will lead to another drop soon enough

VeChain has joined China’s CAFA, plan to assist in “building a from-farm-to-table traceability system” across China