The date of China’s digital Yuan issuance is still a mystery. As a result, fraudulent companies emerged, impersonating the digital officials, hoping to attract gullible investors. Recently, a company called Yuan Pay Group appeared and showed signs of deceiving users with the e-Yuan. 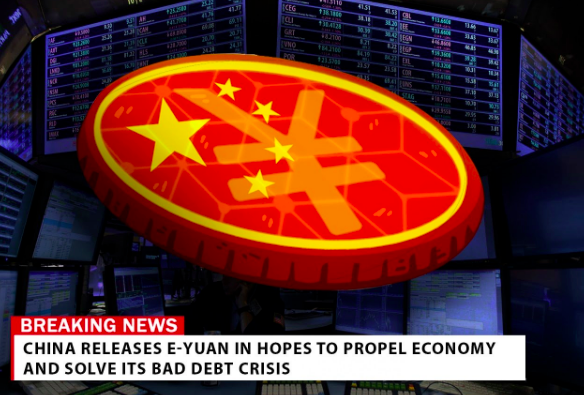 According to Yuan Pay Group, the e-Yuan is a currency which allegedly allows the government of China to use smart contracts to track assets and liabilities and to ensure that multiple loans are not taken over the same collateral.

Yuan Pay Group’s website, referenced in the press release, contains several warning signs defined by the U.S. Securities and Exchange Commission (SEC) in the mock ICO project the agency launched in 2018 to educate the public about potential fraud.

Yuan Pay Group’s website has been the U.S. The Securities and Exchange Commission (SEC) identified as containing some warning signs about the fake ICO project. The SEC even uses the Yuan Pay Group as a testament to educating the public about potential fraud in 2018.

For now, Yuan Pay Group is advertising a promotion deal and promises high returns. It also has various social media app links at the top and bottom of the page, none of which are clickable. The “Media feedback” page is limited to some photoshopped Forbes’s covers with headlines like “Chinese Crypto Will Crash USA Dollar.”

So far, China has not set a CBDC launch date even though the project has been underway since 2018 and is more urgent in 2019. Part of the reason is that Facebook announced the launch of the stablecoin project. Libra.

In March 2020, it was rumored that the People’s Bank of China had completed the development of essential CBDC functions and was currently drafting laws to allow implementation. Moreover, in April 2020, China said it was testing the digital currency pilot at the cities of Shenzhen, Suzhou, Xiongan’s new area, Chengdu, and the future site of the winter Olympics.

And when the launch date of China’s long-awaited digital yuan remains a secret, creating space for potential fraud.