Several chunks of Ripple-linked currency XRP have been sent during the last 15 hours, according to Whale Alert crypto, citing Binance as one of the participants, totaling over 429 million XRP. The largest portion had an astounding 210 million coins.

209,000,000 XRP was transferred between two anonymous addresses. However, data publicly provided by Bithomp, an XRP-focused analytics tool, shows that Binance wired this staggering sum. The bitcoin trading behemoth made an internal shift.

The remaining XRP value was transferred from wallets linked to the Bittrex crypto exchange to Bitstamp. A 29,000,000 XRP was transferred between Bitso’s wallets – a Mexico-based crypto unicorn and Ripple ODL partner. The total amount of XRP exchanged is $165,653,482.

Over the last 24 hours, the price of XRP has increased by more than 5%, with multiple large green candles appearing on an hourly chart. Following that, the price decreased dramatically, eradicating the growth. It recently began to rebound, gaining by less than 1% on the Bitstamp exchange. Since January 9, the XRP price has risen by leaps and bounds. On January 12, there was a 12% increase, followed by a 4% drop shortly after. 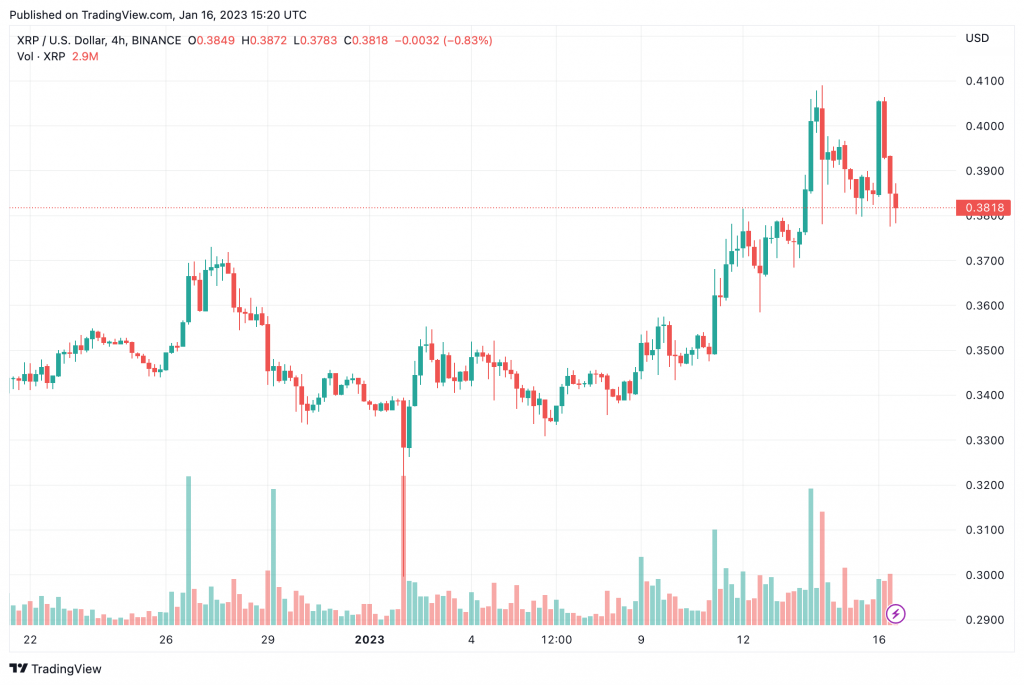