According to Bloomberg, shortly, Western Union (WU) and MoneyGram International will most likely merge because WU has proposed buying Ripple’s money transfer partner – MoneyGram. After this news, the remittance giant’s stock price has risen sharply by more than 30%. WU stock is over 8% up, while MGI has managed to gain over 38% in the pre-market.

MoneyGram gets an offer from WU

It seems that Western Union appreciated MoneyGram’s potential after Ripple bought about 10% of its stock last year. Therefore, they offered to buy the remittance giant and pushed the price of MoneyGram stock up many times.

Strong ties between Ripple and MoneyGram are explained by the latter using XRP tokens for its on-demand liquidity product in international payments. However, it was not enough to keep running smoothly in time of the pandemic. Although MoneyGram saw a 75% increase in digital transactions in April, its first-quarter revenue of $290.9 million declined by 8% in contrast with Q1 2019. Notably, in Q1 this year, digital money transfers made up 18% of all transactions, which is not the best rate.

“Since MGI was recapitalized in 2008 (due to bond portfolio implosion), they have continued to tackle many internal and external issues, and we believe this continues to be a long journey with a high gross debt level of ~$909M and weak cash flows.”

Currently, Western Union and MoneyGram are in talks on the buy offer, but no decision has been made yet. When reached for comment, both the companies declined to comment. Western Union said it does not comment on market rumors regarding mergers and acquisitions.

Some on Twitter hopes that because Ripple owns 10% of MoneyGram, after WU completes the acquisition of MoneyGram (if any), XRP can also be used by Western Union.

Meanwhile, COVID-19 took place, which forced many businesses to switch to online operations. As a result, online payments are becoming more popular, and platforms like MoneyGram are being used not only to send money home by family suppliers from emerging countries who are working abroad.

Following the rumors, both Western Union and MoneyGram stocks have soared. 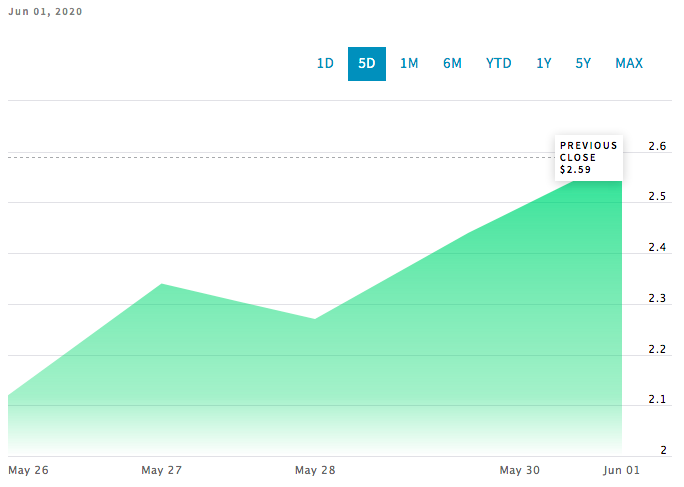 According to the Liquidity Index Bot, the liquidity index for on the exchange BTC Markets for XRP / AUD climbed to 15,640,530 AUD, about $ 10.6 million. With this number, XRP / AUD exceeded the previous All-time-high value.

Since the beginning of 2020, although the XRP price has remained close to $ 0.2 since May 10, the XRP liquidity in Australian markets is steadily increasing.

Traders plan to short with fury as XRP reaches 200-day…

Ripple intends to continue to expand its On-Demand…