Following a string of unsettling reports on the Ripple trial against the SEC, millions of XRP are being traded on the market. The dispersion of a significant amount throughout three transactions may conceal something from network sleuths, even though the nature of the transactions above is still unknown.

On Friday, December 2, at 1:25:11 UTC, the network witnessed its first transaction, which was probably an internal one involving the Bitso exchange. Even though the notification recipient was listed as “unknown,” the history of earlier transactions indicates that it is likely connected to the centralized cryptocurrency exchange rather than a whale or retail investor.

We observed a $28 million move from an unidentified wallet to the central exchange a few seconds before the transaction above. Since the sender does not appear to be affiliated with Bitso, it is possible that over 30 million XRP would end up on the market, resulting in a sharp increase in selling pressure on XRP. Five minutes later, a third transaction surfaced and shifted about 2 million from the first 30 million transfer, indicating that the exchange may be dividing up a sizable deposit among its hot wallets.

Such a significant inflow to even a minor exchange is not a positive omen for XRP, which has been ferociously fending against the existing selling pressure. Bulls now have no alternative but to accumulate the asset just below the strong resistance level because they could not raise the value of XRP over the crucial resistance levels. 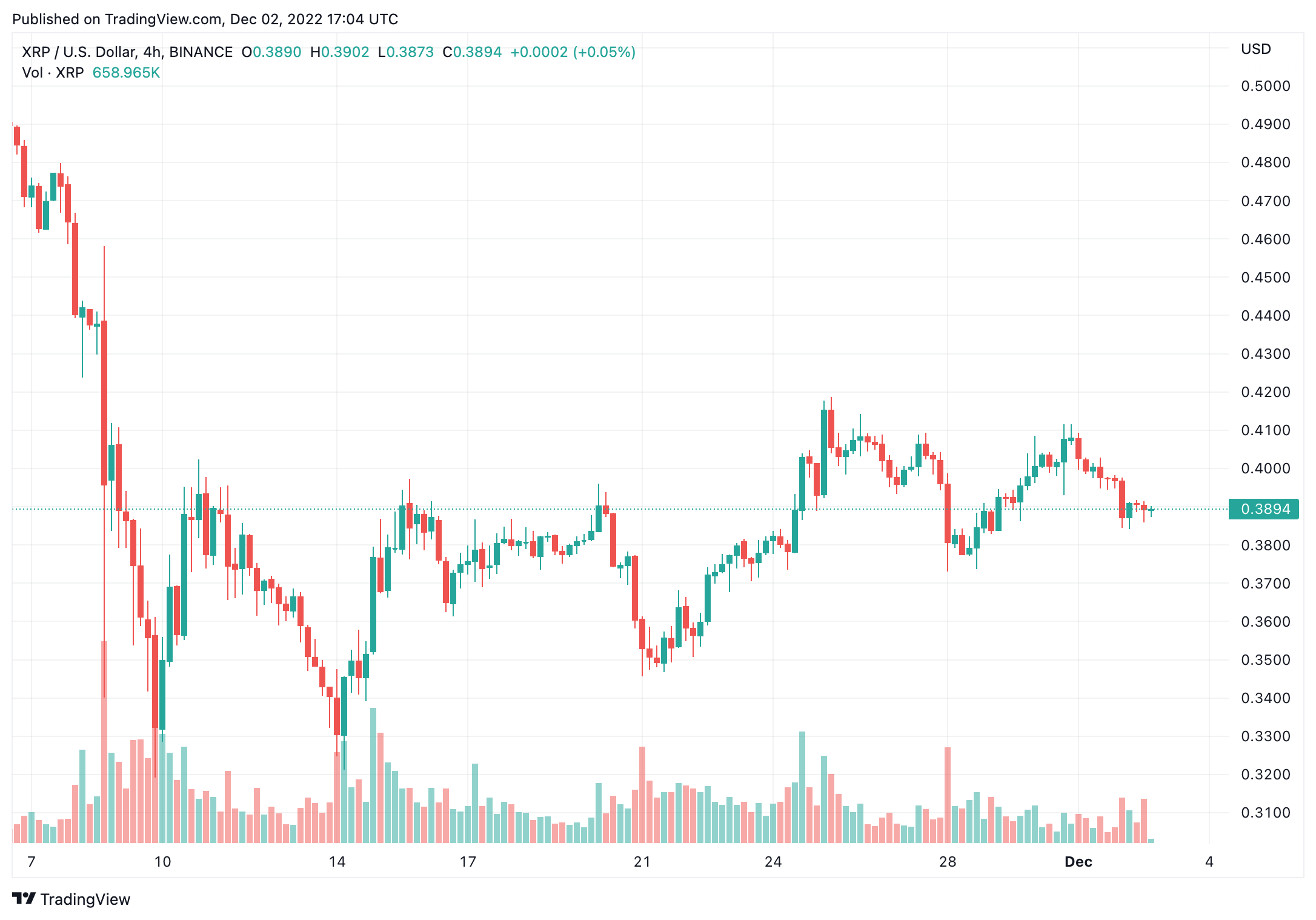 At the time of publication, XRP is trading at $0.38 and has lost about 2% of its value in the previous day. Before the weekend trading session, the daily trade volume remained at 130 million XRP, a typical amount.

The Current State of DeFi