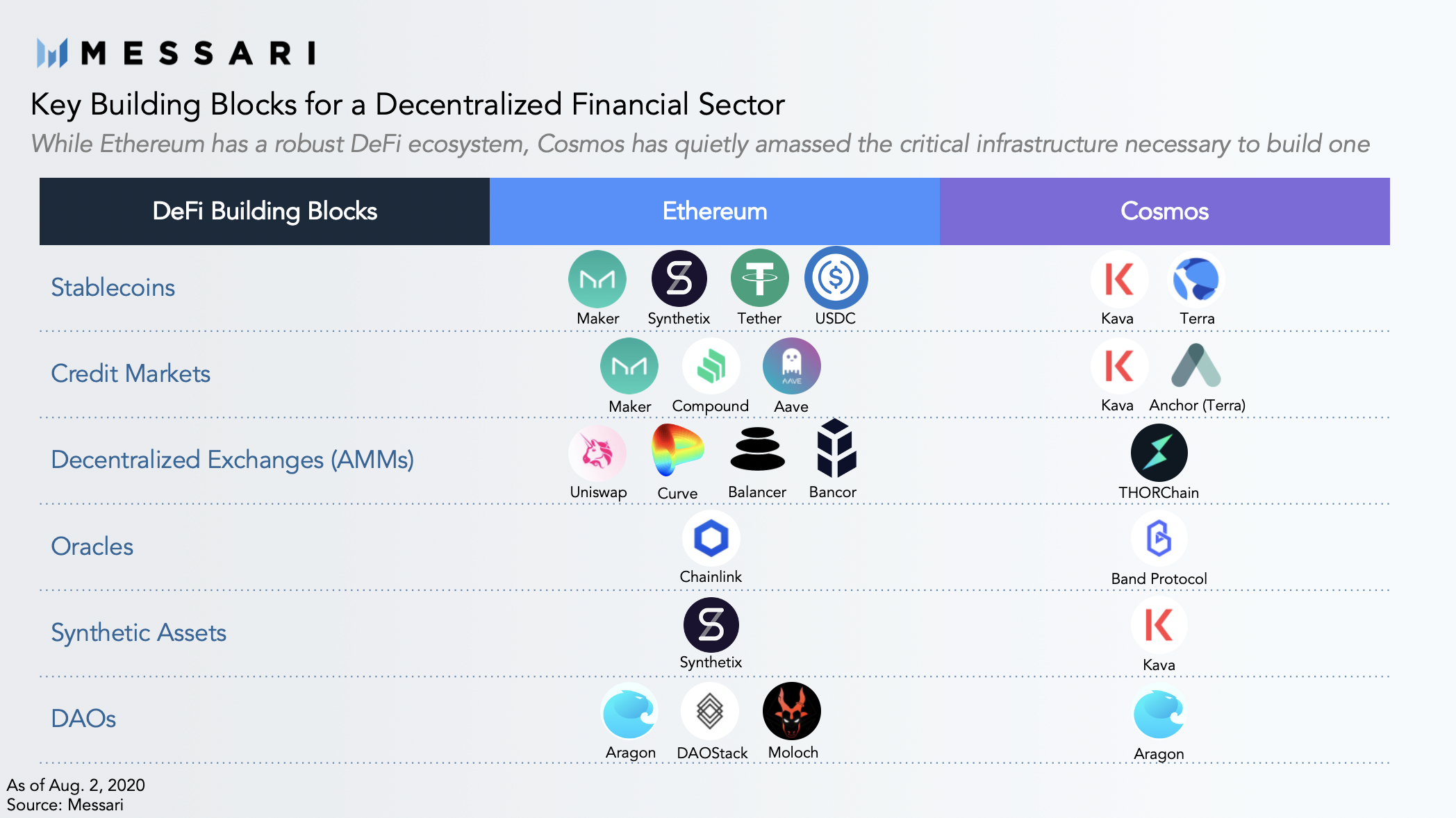 Messari: A parallel DeFi ecosystem is quietly rising up on Cosmos

As Ryan Watkins, Research Analyst at Messari, said, Cosmos has quietly built a parallel DeFi ecosystem, assembling the likes of Band, Kava, Terra, & THORChain provide many of the critical building blocks to do so. 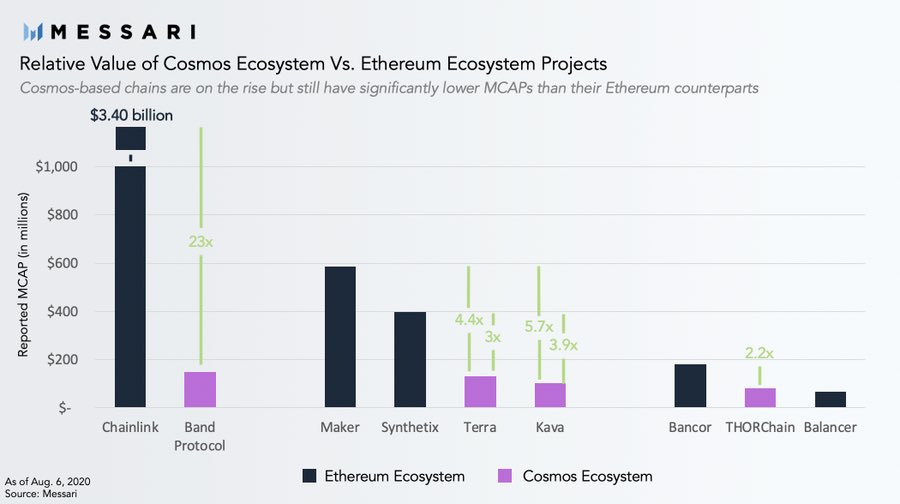 First, let’s talk about Terra. Terra is a seigniorage share stablecoin blockchain built using the Cosmos SDK. Its value is ultimately derived from transaction fees; the Terra blockchain is + seigniorage. Terra generates the highest transaction fees of any blockchain outside Bitcoin and Ethereum, in large part due to its payments app Chai – one of the top and fastest-growing finance apps in Korea – which hosts 1.8 million users.

Despite Terra’s impressive growth and adoption, LUNA trades as a significant discount to its payments peers.

Then, let’s talk about Kava. Like Maker, Kava is a decentralized lending platform enabling users to borrow money by posting collateral to a smart contract.

Over the past few months, Band took a page from the Chainlink playbook, announcing a ton of partnerships, which has been rewarded with a breathtaking breakout, now up 32x on year-to-date after its just announced Coinbase Pro listing.

This key difference may explain the still large valuation gap between Chainlink and Band (in addition to Chainlink simply being overvalued).

Or it could suggest there’s still room to go. pic.twitter.com/kq38crf7ms

RUNE doubles as both the base pair for each asset supported by the exchange and the asset THORNodes bond as collateral to control and secure the flow of assets into and out of liquidity pools. RUNE’s dual utility plays a central role in THORChain’s economic model.

Despite not being live, the market could be pricing RUNE at a premium considering THORChain plans to offer a relatively differentiated product in a high-growth sector.

With a token model that can grow alongside the network, THORChain is well-worth monitoring.

Several crypto tokens that had been jump-started via IEO on Binance Launchpad are seeing a tremendous increase in prices – up to 455% – over the last month.

To date, Binance Launchpad, a token launch platform for “transformative projects,” successfully conducted 18 IEOs for 14 tokens such as Band Protocol (BAND), Perlin (PERL), BitTorrent (BTT), Bread (BRD) and others. Cross-chain data oracle Band Protocol, for example, launched its 2.0 version on the Cosmos network in mid-June. Prior to that, it was already used by Binance to provide pricing data for more than 600 trading pairs. Currently, it is up 370% over the last 30 days.

Perlin, the second-biggest graduate of Binance Launchpad in terms of price increase, is a leaderless proof-of-stake smart contract platform that’s developing enterprise-grade blockchain tools and DeFi ecosystems. Among its partners is the National Institution for Transforming India, the International Chamber of Commerce, the Singapore government, the Dubai Chamber of Commerce and other institutions. It’s up 311% in the same timeframe.

The remaining projects are up between 1% and 200%, with the only exception of WazirX—which is down 9%.