Another massive XRP transaction appeared on-chain as anonymous whales shoveled around 40 million coins worth almost $15 million to the centralized exchange. The address that conducted the transfer is now worth less than 100 XRP.

The wallet has been constantly making various 5-150 million XRP transactions on centralized exchanges. The general transaction pattern of the wallet shows that it is most likely tied to some service rather than owned by a retail trader or investor.

The most recent large transaction was 110 million XRP received from another anonymous wallet ending in “A9dCD” which mostly replicates the pattern we saw on the initial whale wallet. The majority of transactions we see on it are worth around $10-$15 million.

The increased number of whale-tier transactions on the network is no surprise to anyone who watches the performance of the token closely as XRP has been showing more volatility in the last few days than in the last two months. The main reason behind the increased volatility and recovering price performance of XRP could be the bottoming of the cryptocurrency market and the subsequent retrace that fueled a short-term recovery rally on XRP.

Unfortunately, the 13% price increase was not enough for XRP to break the first resistance on the chart, and it almost immediately returned to the local low of $0.31, which shows a lack of buying power from bulls on the market. 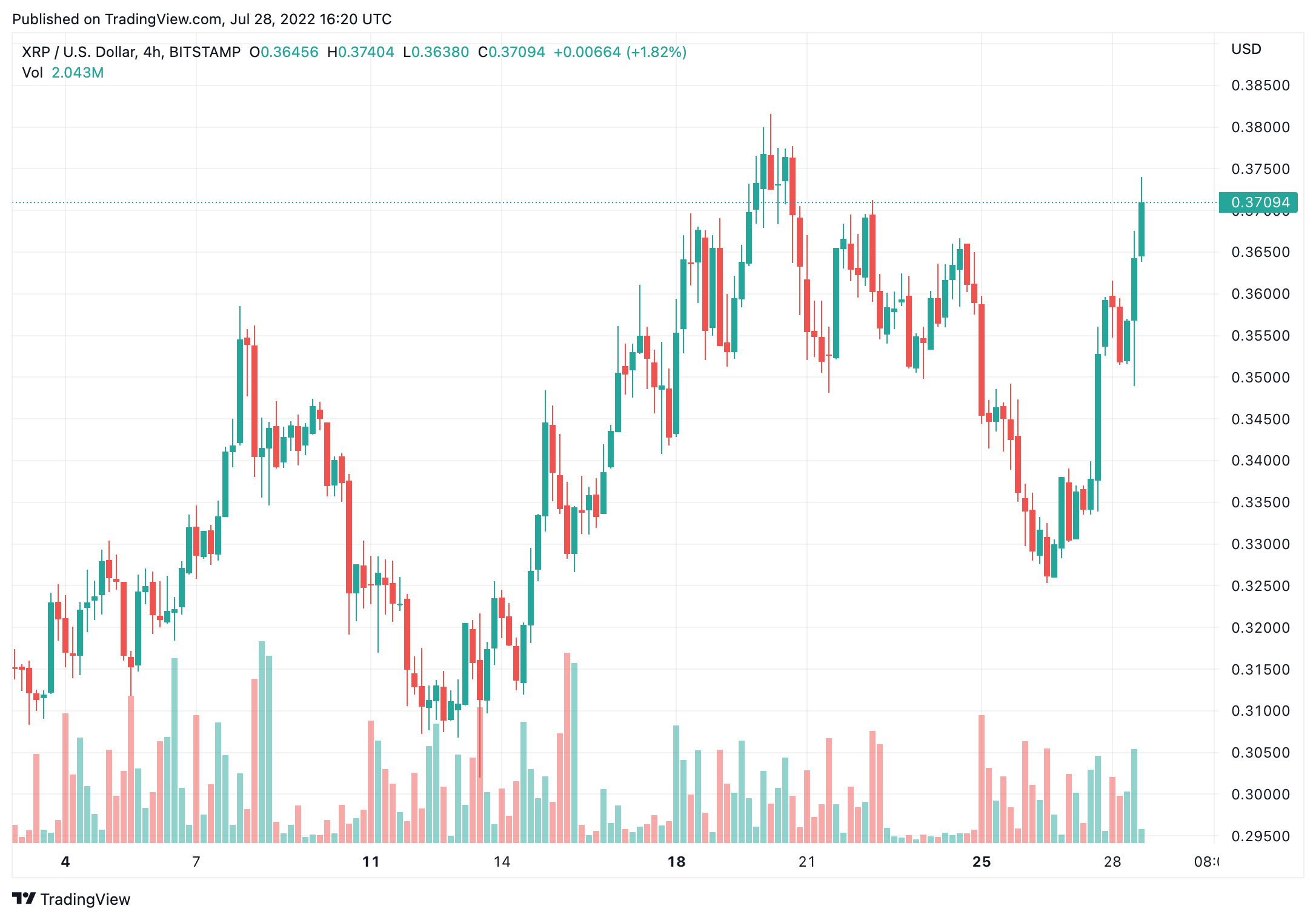 At press time, XRP is trading at $0.37 and losing around 1% of its value in the last 24 hours after yesterday’s rate hike positivity fades from the cryptocurrency market.

The XRP network saw an incredible influx of unique addresses