Mango, a Defi platform hosted on Solana, has been exploited for over $100 million, MNGO was down over 40%

The hack was discovered by blockchain security company OtterSec, who tweeted that the exchange had been robbed of more than $100 million due to the attacker manipulating the value of their Mango (MNGO) native token collateral and then taking out “large loans” from Mango’s treasury.

“The MGNO governance token was valued far more than it should be,” OtterSec’s Robert Chen said. “With that, [the attacker] could take out large loans against it and then drain Mango’s liquidity pools. It’s like a lending-borrowing race: if you have overvalued collateral, you can borrow against that collateral, and that’s what they did.”

Mango confirmed the exploit in a Tweet on Tuesday, stating that it was “investigating an incident where a hacker was able to drain funds from Mango via an oracle price manipulation.” The Mango Markets team tweeted soon after warning users not to deposit funds until “the situation was more clear” and asked the attacker to contact them to discuss a bug bounty.

It appears the attacker was able to manipulate their Mango collateral. They temporarily spiked up their collateral value, and then took out massive loans from the Mango treasury. pic.twitter.com/2IJrB9RcEJ 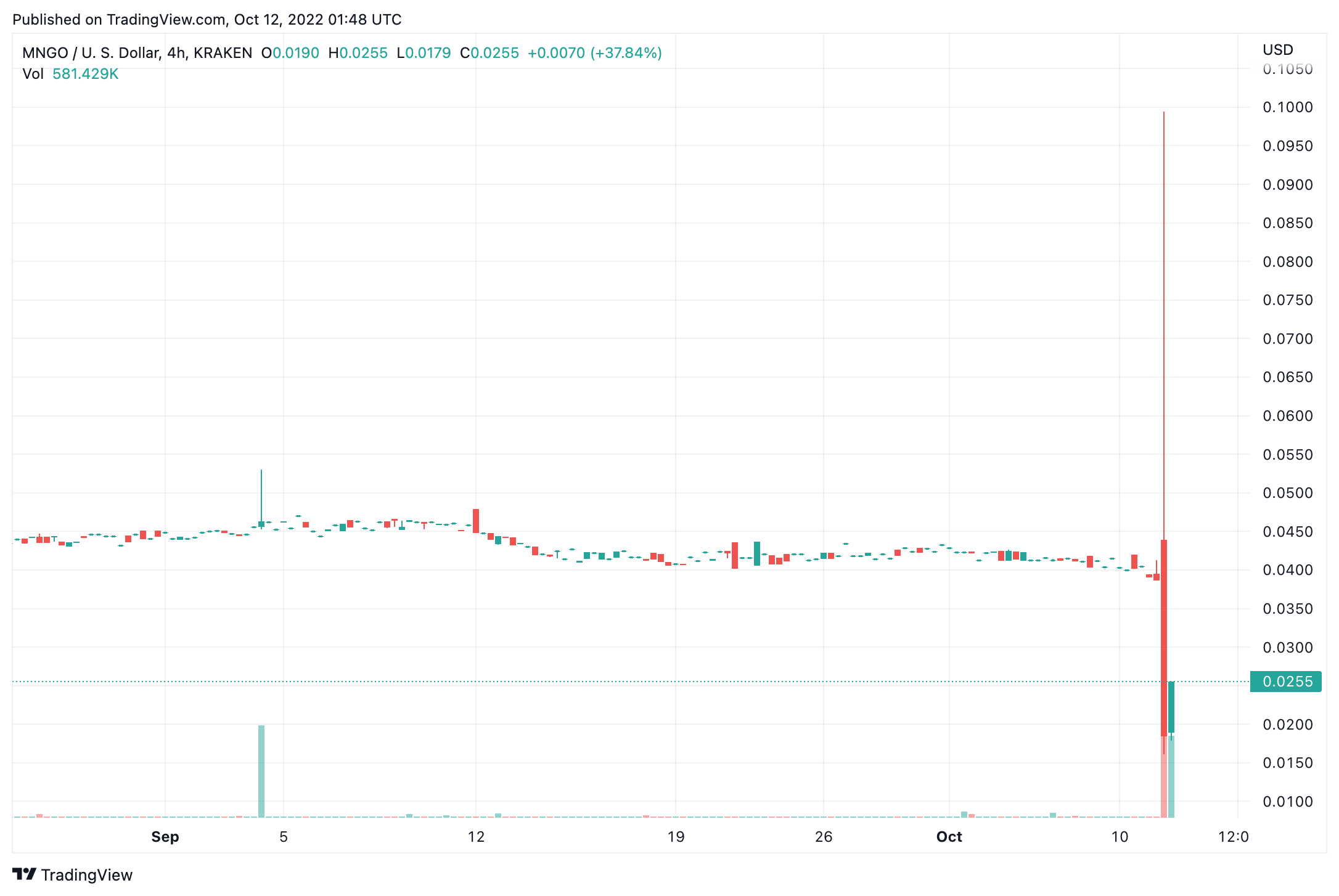 According to TradingView, the price of the platforms’ MNGO token has decreased by about 40% in the previous 24 hours due to the revelation of the exploit.