Luna Classic (LUNC) holders were waiting for the upcoming 1.2% tax implementation, after which the network would take a step toward becoming deflationary or become a ghostchain and face the enormous selling pressure caused by the “sell-the-news” event.

These proposals sought to change the tax parameter from its existing value of 0 to 0.012 (1.2%) under Terra governance. All on-chain currency denominations, including LUNC and USTC, will be subject to the tax. LUNC is implementing a tax of 1.2% for each on-chain transaction that it is asking to be imposed across all exchanges to create a fixed supply of 10 billion LUNC.

The mechanism will be shut off once the supply of LUNC reaches 10 billion. The total supply of LUNC stands at 6.9 trillion LUNC at the moment. The asset supply will need to be cut by 99.82% to meet this objective.

As we have mentioned previously in one of our articles, the LUNC management team decided to propose an implementation of the 1.2% tax that should increase the intrinsic value of the assets and help it to recover from the Luna catastrophe.

Unfortunately, most centralized exchanges stated that they are not going to accept the 1.2% burn tax, which negates the efforts the Luna team made to provide more speculative value to the assets.

Additionally, after the Ethereum Merge went live, the market faced a large spike in selling pressure. LUNC, however, showed an exceptional performance which, according to Light, was a “marketing strategy” stunt to attract investors who seek nothing but short-term profit and speculation.

The tax was implemented a few hours ago, which, as expected, did not lead to any major spike in the usage of the network, price performance or anything that would make the proposal somehow significant. 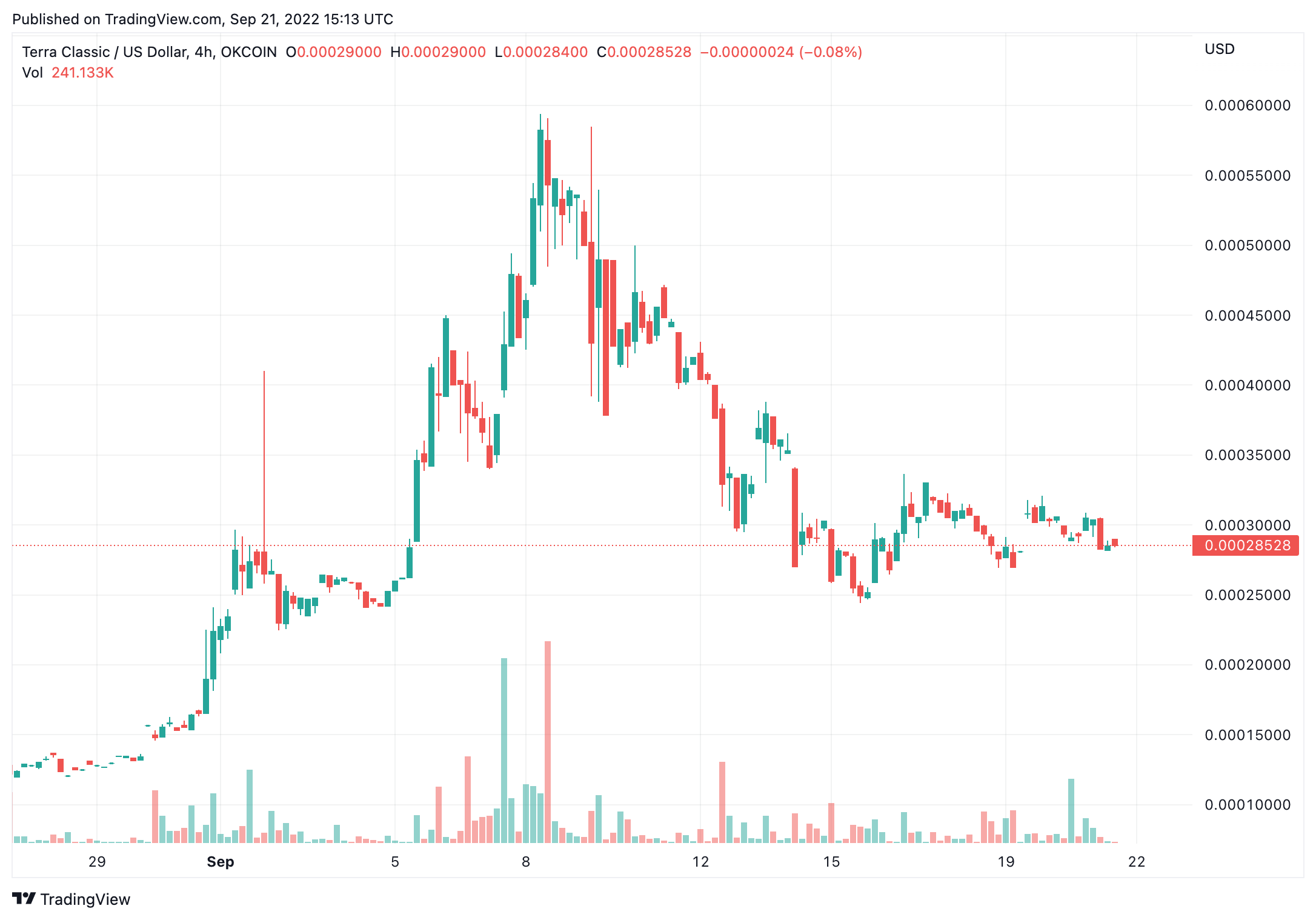 At press time, LUNC is burning around $3,000 worth of token, the market capitalization of the token is at approximately $2 billion. As expected, investors simply dropped support for the token, causing a short-term price drop. The most recent announcement issued by the South Korean prosecutor’s office about the co-founder of Terra Labs being on the run has also reignited the downtrend on the asset and lost an additional 11% from its value in the last two days.

XRP price remains only crypto asset up weekly among top 10

3,313 BTC were suddenly transferred from Do Kwon to two…

LUNC record social activity might become omen of its…

Do Kwon has been added to Interpol’s red notice…

Walt Disney Company is seeking legal help as it expands…