Litecoin MimbleWimble updated development in January, focusing on the most important part in February

While sharing the January progress on Litecoin MimbleWimble (MW), David Burkett, project leader, said the most significant news was the introduction of non-interactive transactions in MW that were previously impossible. Burkett also studied a solution to a substantial UX barrier.

“The most serious difficulty when using MW is the need for the sender and receiver to communicate, which requires the recipient to be online when sending.”

He then proposed eliminating that need along with an updated version of the article he said would be released soon. This, he said, would reduce the great UX barrier and limit long-term maintenance requirements. Besides, it will support receiving data via cold storage, making hardware wallets easier to support. 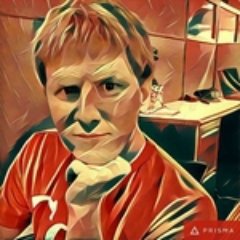 On the development side, Burkett reports that the build process for libmw, the partially redesigned version of Grin ++ proposed for MW in Litecoin, has been identified, and local builds are currently in operation.

“I have also built a robust Database framework with transactional capabilities to support atomic updates across multiple tables and have implemented block queries and updates, not involving money. penny, and was partially tested using the specific title and block of the LTC model.”

On Grin ++’s side, he shared that they had a successfully planned hard fork, with the pre-hard synchronization issues resolved. As such, Grin ++ 0.7.5 is now available, which Burkett says is the most stable release. Currently, he expects the pace of development to be even faster in the coming months.

The security audits meanwhile were not made public, and all fixes applied to libmw and Grin ++ are awaiting final evaluation from the auditors.

Burkett, a publicly funded developer, working for the Litecoin Core Project, was paid 138,36074798 LTC (approximately $ 7,400) for December out of the $ 40,000 raised from BTC and LTC, in connection to community donations and appropriate money donated by Litecoin founder Charlie Lee.

The priority now to implement the rules of consensus

Now, as we enter February, Burkett said the priority would be to implement consensus rules for LTC EB, this month including all validations and a full set of checks.

However, it will be a time-consuming process as it is the essential part of the code, and they want to ensure that all details are correct and the code has sufficient scope of checks.

When this process is complete, Burkett will work with the API for the extension block.

“So we can start integrating libmw into the existing LTC code base. I will also focus on getting new one-sided tx proposals that are thoroughly scrutinized and if interest is not found. For any significant security, I will create a LIP for community feedback.”

Reached the $190, ETH price will lead the bull market

Litecoin has seen a steady increase in its value over…