Recently, the Libra Association has appointed Robert Werner as its General Counsel in the hope that Werner brings a wealth of regulatory, financial crime compliance and enforcement experience from his work in both the public and private sectors.

We’re pleased to announce the appointment of Robert Werner as the Association’s General Counsel. Bob brings a wealth of experience in #FinancialServices, #Compliance, and #FinancialIntegrity.https://t.co/ZBXwCeCOJ3

Libra Association has added a former U.S. government official as its general counsel

Before joining the Libra Association, Werner was the founder and CEO of GRH Consulting and held leadership positions at several world-renowned financial institutions, including HSBC and Goldman Sachs, where he was the Enterprise Executive for Policy, Privacy, and Regulatory Relations, in addition to heading financial crime compliance for Merrill Lynch.

In particular, Werner served at the highest levels of the United States Department of the Treasury as the Director of the Financial Crimes Enforcement Network (FinCEN), Director of the Office of Foreign Assets Control, (OFAC), Senior Counsel to the Under Secretary of the Treasury, Terrorism and Financial Intelligence, and Assistant General Counsel for Enforcement and Intelligence in the Office of the General Counsel. 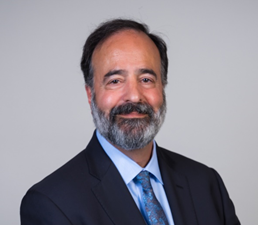 Robert Werner is a Senior Adviser to the Financial Integrity Network

“I am grateful for the opportunity to join the Libra Association as we work to transform the global payments landscape to empower billions of people. I have dedicated my career to combating financial crime and helping complex organizations achieve regulatory compliance, both in government and in the private sector. I look forward to meaningfully contributing to such an impactful project.”

In particular, this is not the first time Libra has recruited such old U.S. officials. In early May 2020, Libra hired a former FinCEN official after Stuart Levey as its first chief executive. Reportedly, after finishing working at HSBC, he will join Libra to oversee Libra’s efforts to combine technological innovation with robust compliance and regulatory framework.

What is MimbleWimble via Extension Blocks (MWEB)? MWEB will…

After a while of research, the Litecoin Improvement Proposal (LIP) was established in 2019. Through this LIP, it…
Ripple News

We’d like to propose the first-ever decentralized, on-chain network hard merge of the Keep and NuCypher networks to…
Loading ... Load More Posts No More Posts