It seems that investors are trying to buy Kyber Network (KNC) for speculative purposes, mainly in the context that the network is preparing to upgrade the protocol by the end of this year.

Kyber Network Crystal has gone through over the last few months

Kyber Network is an on-chain liquidity protocol that allows users to swap tokens in any decentralized application. The protocol has been dominating the headlines after the significant price increases its native token, Kyber Network Crystal (KNC), has gone through over the last few months.

In mid-December 2019, KNC prices ranged around $ 0.17, and not so long ago, KNC peaked at $ 0.90. While many of the industry’s cryptocurrencies have been hit by the global financial crisis, Kyber still tries to keep its annual profit (YTD) close to 90%. 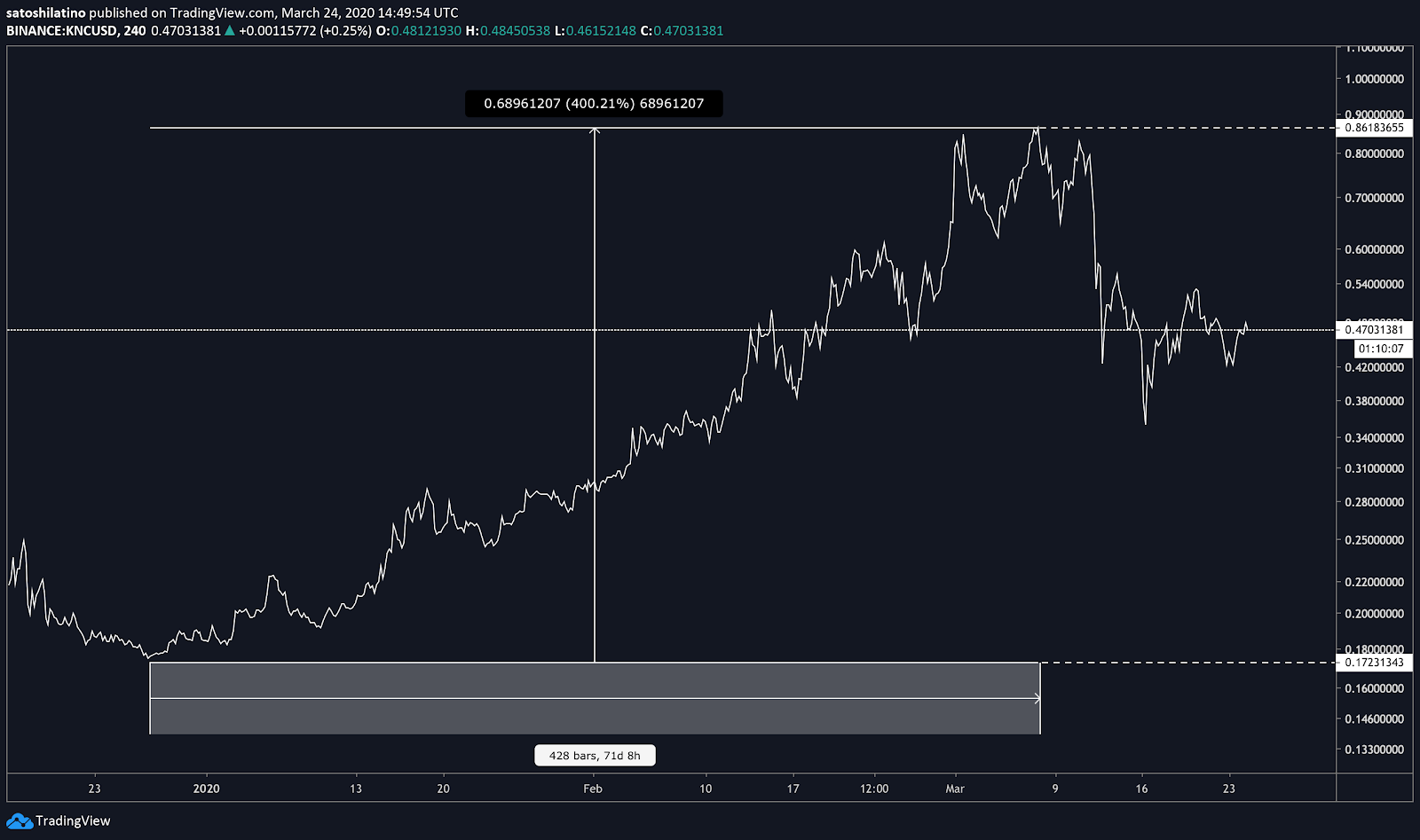 The significant amount of interest that KNC investors receive seems to correlate with the recent announcement of a substantial protocol upgrade planned for the second quarter of 2020. This upgrade, called Katalyst, allows hodlers. KNC participates in protocol management through KyberDAO.

Deniz Omer, the head of ecosystem growth at Kyber Network, believed that Katalyst would push forward the level of engagement that all users of the protocol have.

“Now that we’ve watched all [our] experiments play out, created time for Katalyst. We know our contracts work, and we know there’s a strong ecosystem behind us. With those pieces in place, unique time to build the Kyber DAO and make all the active users in this stakeholding experiment.”

According to data from Glassnode, the hype surrounding the upcoming Kyber Network upgrade is real. The profits of KNC holders have gained significant momentum since mid-February 2020, after being delayed for nearly two years.

Now, holders — addresses withholding more than a year covering nearly 80% of all KNC addresses while traders-addresses with a holding period of less than a month have doubled compared to with the previous month.

Along the same lines, the trading volume on the platform exploded during the recent market crash. Glassnode reported that Kyber Network facilitated nearly $ 30 million in trades over 24 hours. This represents a new record in the history of the protocol.

As Katalyst approaches, Kyber Network has proven to be a substantial project within the Decentralized Finance ecosystem. Not only has KNC been able to keep a YTD return of nearly 90 percent, but also the network itself has experienced a massive growth.

Time will tell whether the upcoming upgrade meets the expectations set by the KNC owner for this project.

Kyber Network is down by approximately 0.71% from the previous day, with its price currently hovering around $0.474. Yesterday’s down day is a reversal of the day before it; in terms of trend, though, note that the current price is now 14.98% below its 20 days moving average and is currently in an unclear trend over the past 14 days. Another data point we may find worthy of observation is that the price for Kyber Network has increased 6 of the previous 14 days. As for the volume underlying yesterday’s move, note that the price change occurred on the volume that was approximately 83.99% less than its seven-day average volume.

As for Kyber Network’s expected trading range — as forecasted by the Bollinger bands indicator, which determines a range based on momentum and volatility over the past two weeks — is between $0.485299 and $0.629681. As we are closer to the bottom of that range, rangebound traders may wish to consider exploring buying opportunities. 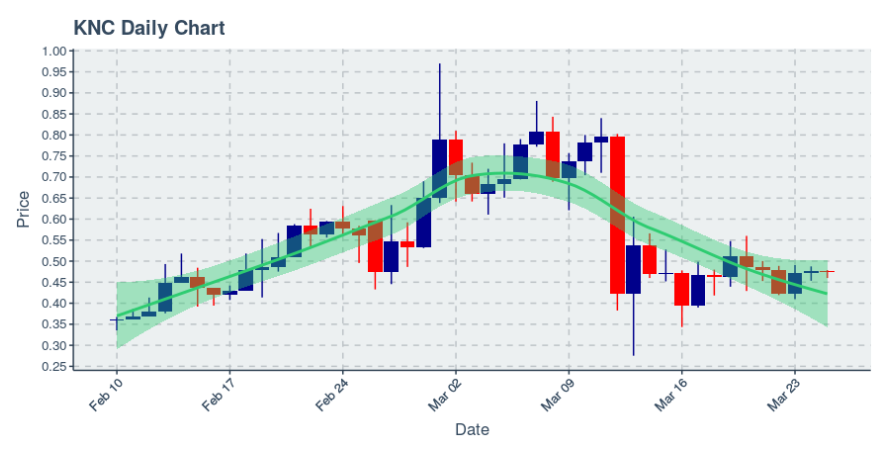 NA transactions amongst holders of Kyber Network occurred yesterday. In terms of estimating the number of holders, over the past day, the total number of wallets holding Kyber Network has gone NA by approximately NA. To further our understanding of engagement, we can observe the ratio of daily active users to monthly active users; that ratio now stands at 0.03, with 316 wallets making a transfer this past day and 10,434 wallets having made a transfer in the past month.

And in regards to wealth distribution, note that the top 1,000 Kyber Network wallets hold over 108.74% of the token’s total money supply. To further clarify, our supply metric focuses only on supply that is publicly available while many large holders may have tokens they are not able to sell yet — which is why this value can exceed 100%. If we focus on exchanges, which may be correlated with liquidity and greater confidence in the currency, the exchange wallets that are in the top 1,000 wallets own 8.91% of the currency’s total money supply. Exchange ownership grew by 0% over the past week, while the overall ownership percentage of the top 1,000 wealthiest wallets grew by -0.17% over that period.

Following weeks of conflict between Steem community and…

Striking rise in two Altcoins, DASH and STEEM while…