On February 27, about 17,513 Bitcoin – the equivalent of about $ 156,000 at the time. – was sent from U.S.-based cryptocurrency exchange Kraken to Noisebridge’s digital wallet. It seems that Kraken was very generous when sending this money for donating in response to a tweet Backus had made the day before, calling for funding to help Noisebridge work.

Frustrating to watch for an (IMO) iconic SF institution 😞 https://t.co/P1h7LuOWyL 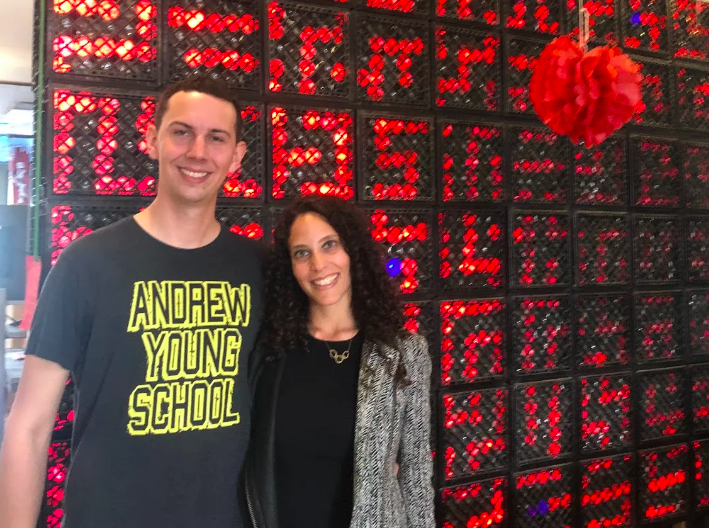 In an interview with Cointelegraph on February 27 in Noisebridge, Noisebridge advocate and attendee, John Backus, said:

“I was shocked to find that 17.5 Bitcoin was deposited into the Noisebridge wallet. I sent my tweet asking for donations on the afternoon of February 26. By the end of the night, I was excited to see that we had raised $ 200. I woke up the next morning and checked Twitter and then saw the tweet from the Kraken account.”

Backus said that he didn’t know how to interpret the tweet Kraken sent out at first, saying something like this:

Sounds like a subtle way of saying “ya’ll neckbeards need a shower”. Anyway, we got you. @noisebridge🖖https://t.co/CdzTvWQHId https://t.co/JYoGnMCSEA

“There were about thirty imputs and fifty outputs associated with the link, so I couldn’t tell how much money there was at first. I then saw the Noisebridge address with 17.5 Bitcoin in it. I wasn’t sure if this was real at first. I went on the Noisebridge Slack channel, and another member confirmed that it was indeed real.”

Backus explained that anarchist hacking space is at the heart of San Francisco’s Mission District relies entirely on funds from donors:

“No one, in particular, runs Noisebridge. The area has been around for twelve years now, and our funding has always come from donations. Anyone is welcome to come in and work here. But there have been many times in the past where we’ve almost run out of money. In this case, it was true – we were out of money, so I turned to crypto Twitter for help.”

According to a San Francisco Examiner article published in April 2019, the necessary improvements and necessary funding of Noisebridge to keep the operating space is extremely important.

“Noisebridge was facing a $ 30,000 fine for code violations and was cited by The City for unpermitted construction. According to the San Francisco Department of Building Inspection, the violations include two bathrooms that were semi-constructed without historic, unpermitted partitions and the addition of an industrial laser cutter.”

Maran said Noisebridge contained the oldest elevators in San Francisco, nearly 100 years old, and had not run for more than a year. This has restricted the accessibility of space. Therefore, Noisebridge will need new enhancements and start with at least $ 150,000. 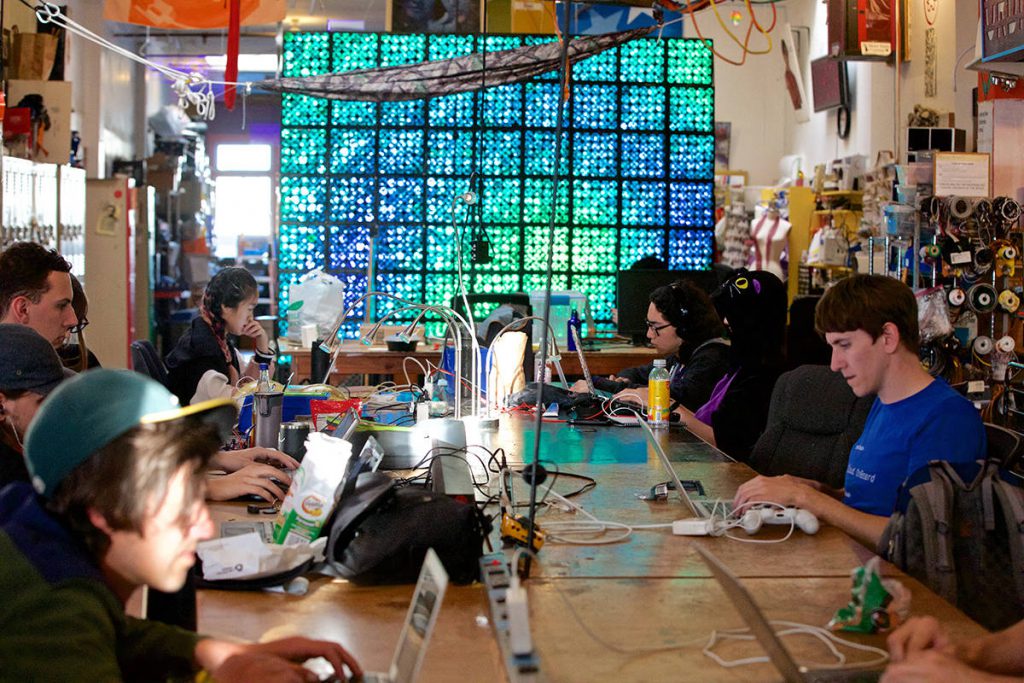 A part of Noisebridge’s office

Maran said open source and decentralization are values ​​that Noisebridge supporters are proud of. He noted that many people working from Noisebridge are involved in the cryptocurrency and blockchain community.

“Building hardware wallets is a big focus here, and touch to pay lightening payment systems are also being built here.”

Maran also stated that Kraken’s 17.5 Bitcoin donation was the largest one Noisebridge has ever received.

“We are run entirely by the community. Anyone can come and work here. No one will be rejected for lack of capital. Most people will donate $ 5 a month and donations.” That made us pay rent for twelve years.”

Asked what Noisebridge would do now when the $ 156,000 donation was made, Maran explained that he was still unsure.

“We are run purely by the community. Anyone can come in and work here. No one has ever turned away for lack of funds. Most people will donate $ 5 a month, and those contributions have kept us paying rent for twelve years.”

He said moving was a possibility, although it would be difficult to change locations, saying:

“We might put the money towards sprinkler upgrades, or maybe we will move the space somewhere else. We’ve been here for twelve years now, and there are lots of attachments to the area. But, there are also limitations.”

This article is referenced based on the original article from Cointelegraph.

Securities Commission Malaysia cautioned the use of Crypto…

Ethereum price now on track to hit $300, citing the bullish…

Bitcoin price waiting to surmount the crucial $9,500 but…

Binance CEO Changpeng Zhao: 95% of all altcoins will not…

Binance CEO Changpeng Zhao: 95% of all altcoins will not rise during the next bull run

This week, one of the biggest cryptocurrency exchanges in Latin America, Bitso, claims to have over one million…
Ethereum News

Ethereum price seems to be performing well for the past few days. This power culminates in a rally to critical…
Bitcoin News

Bitcoin price has continued to push higher after a weekend dip. Still, the market's leading cryptocurrency is still…
Ripple News

Dent is the main cryptocurrency in Dent Exchange, where people can buy, sell or give away their redundant mobile…
Education

Binance CEO Changpeng Zhao: 95% of all altcoins will not rise during the next bull run

Over the past few weeks, the Bitcoin price has been relatively stable, but the real attention has been taken by the…
Tron News

As Dogecoin (DOGE) and the TikTok story are getting hotter every minute, the cryptocurrency community has shifted…
Loading ... Load More Posts No More Posts