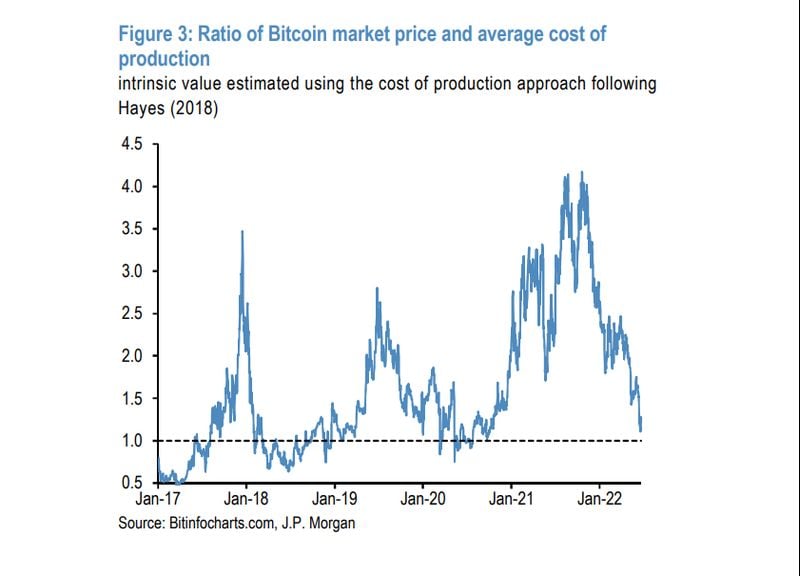 At the time of writing, Bitcoin is changing hands at $21,432 on the Bitstamp exchange, recovering from the recent drop.

JPMorgan estimated that Bitcoin’s fair value was $38,000 in May. The largest cryptocurrency fell to $17,600 earlier this month due to overwhelming selling pressure. Bitcoin is down as much as 68.95% from its all-time high. On June 23, Bitcoin’s mining difficulty recorded its second steepest drop of the year.

Whales have been accumulating Bitcoin heavily on the dip