John McAfee has been arrested in Spain on allegations of tax evasion and ICO scam, faces up to 25 years in jail

John McAfee, 74 years old, has been arrested in Spain on allegations of tax evasion, according to the U.S. Department of Justice on Monday. His extradition to the U.S. is pending.

The Tax Division indictment specifically mentions that it doesn’t allege McAfee received any income from the anti-virus company that shares his name, which is also the same one he rather flamboyantly distanced himself from a few years ago. If convicted, McAfee faces up to five years in jail on each of the five counts of tax evasion, as well as one year and a fine of $100,000 for failing to file. 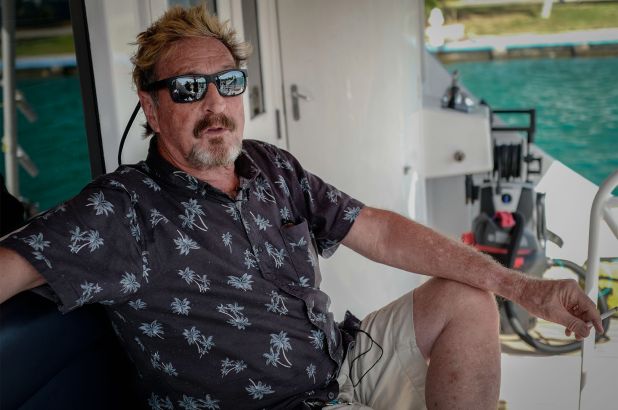 The announcement comes the same day the United States Securities and Exchange Commission (SEC) has filed fraud charges against cybersecurity software developer John McAfee for allegedly making over $23 million in the process of shilling seven initial coin offerings. The ICOs reportedly raised $41 million in the process with half of those proceeds pocketed by McAfee.

According to the filing, SEC said:

From at least November 2017 through February 2018, McAfee leveraged his fame to make more than $23.1 million in undisclosed compensation by recommending at least seven initial coin offerings (ICOs) to his twitter followers.

He had about a million followers on twitter at the time of writing. The charge also stated:

McAfee falsely claimed to be an investor and/or a technical advisor when he recommended several ICOs, creating the impression that he had vetted these companies, that they were benefitting from his technical expertise, and that he was willing to invest his own money in the ventures. In reality, McAfee’s tweets were paid promotions disguised as impartial investment advice.

His accomplice, Jimmy Gale Watson who works as McAfee’s bodyguard was also listed as a defendant for his part in the allegedly fraudulent practices. Watson had received at least $316,000 for his role which includes negotiating the terms for the undisclosed payments and triggering contracts on behalf of McAfee.