Former Ripple Labs founder Jed McCaleb has finally ended the eight-year dump of his XRP holdings, leaving only 46.7 XRP sitting in his famed “~tacostand” wallet. According to XRP Scan, the former Ripple founder executed his last outgoing XRP transfer of 1.1 million XRP, worth $394,742.18.

Hours later, the account listed an “ACCOUNT DELETE” transaction, meaning the account will no longer exist on XRP’s ledger. The transaction marks the end of a 9 billion XRP sell-off initiated by McCaleb after leaving Ripple Labs to co-found rival payment protocol Stellar in 2014.

The amount McCaleb has released over the last eight years represents around 18.6% of the total circulating supply of XRP and has been taken as welcome news by the crypto community. XRP proponent XRP whale proclaimed to their 57,500 followers on Twitter that with the final sell-off, one can finally own more XRP than McCaleb.

The moment we have all waited for is finally upon us. @JedMcCaleb has finally emptied his taco stand. His dumping of $XRP is now over after many years. Party time!!! 🎉🎉🎉 https://t.co/lS9kfCf98A

A satirical article from The Crypto Town Crier led some to believe that McCaleb decided to hold onto his last five million XRP “just in case it moons.” “McCaleb, who has sold multiple billions of XRP since leaving Ripple in 2014, said he woke up in a cold sweat Thursday night and realized he just couldn’t let the last of his holdings go,” wrote the authors behind the satire piece. The Crypto Town Crier is a satirical news site with the tagline “Where truth matters more than accuracy.”

BREAKING: Recently Jed McCaleb has sold off his remaining 5M $XRP. You now own more XRP then him😎#XRP 🚀🌕 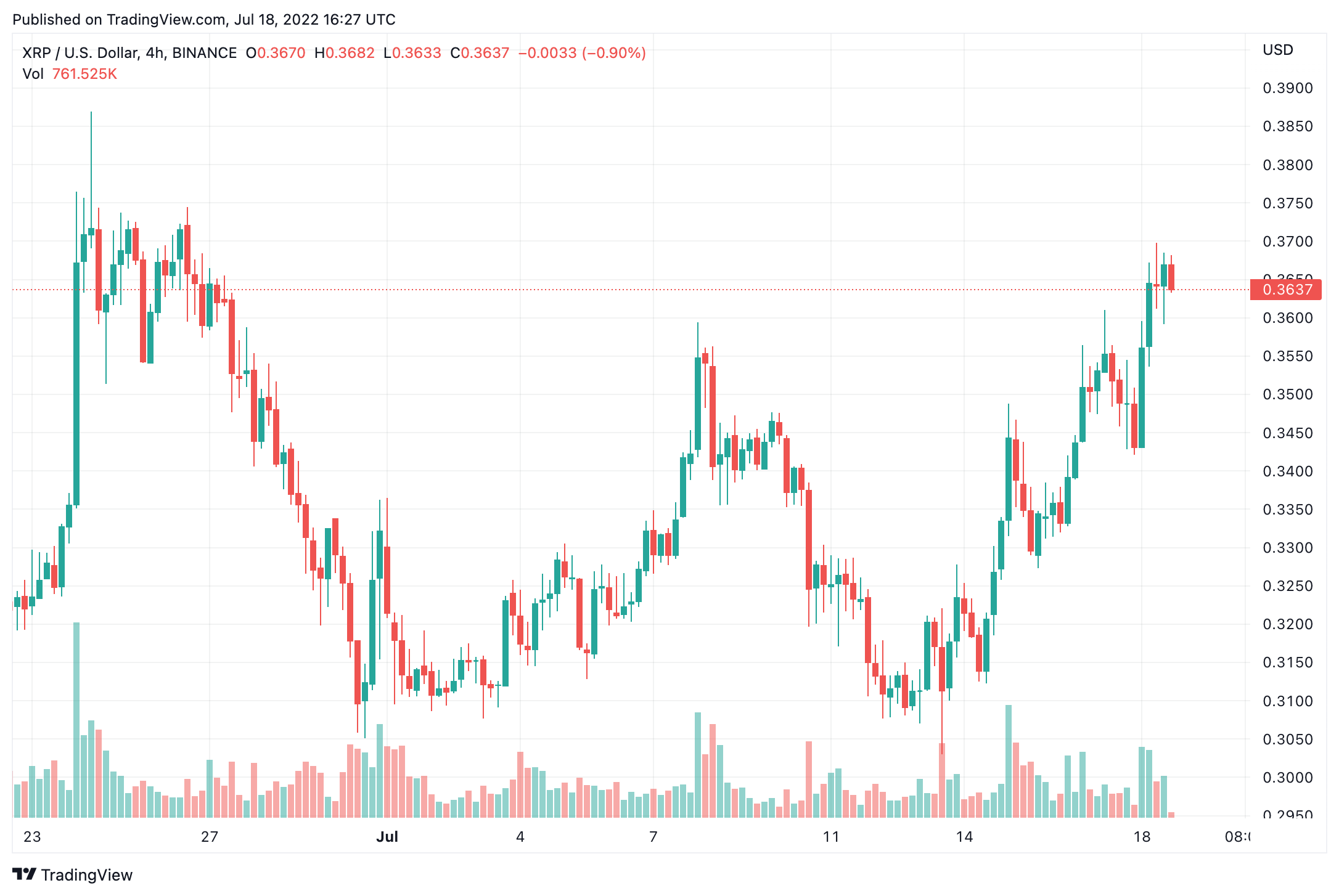 The XRP price is currently at 0.3637, is down almost 90% from its January 2018 all-time high of $3.4. Ripple Labs has been embroiled in a lawsuit filed by the United States Securities and Exchange Commission (SEC) since late 2020, with the latter alleging Ripple and its executives had offered XRP as unlicensed security to investors.

Last week, the SEC suffered a blow in its case against Ripple after a U.S. judge ruled that the SEC must produce internal documents relating to the “Hinman speech,” which could be pivotal evidence supporting Ripple’s defense. Should Ripple successfully argue that XRP is not a security, some believe this ruling could set a precedent for other similar crypto token issuers while boosting XRP prices.

[Polygon] Mint an NFT, Plant a Tree With Coorest’s NFTrees