Is the US SEC attempting to manipulate the supply of Bitcoin?

Leo Melamed, Chairman Emeritus of the company and the time the first Bitcoin futures contract was introduced by CME Group in 2017, is renowned for saying he would “tame” Bitcoin. Since then, the SEC has authorized several ETFs. However, concerns about market manipulation began to surface when exchanges expanded the amount of BTC by offering “paper Bitcoin” for sale.

Is the US SEC Trying to Manipulate the Bitcoin Supply?

“We will regulate, make Bitcoin not wild, nor wilder,” Melamed said to Reuters at the time. We’ll tame it and make it a regular, regulated trading instrument.

By purchasing an asset that tracks the price of Bitcoin, investors can participate in the exchange-traded fund (ETF). but without actually directly owning the underlying asset. The Securities and Exchange Commission regulates such funds in the US (SEC).

Structured similarly to an IOU, an informal document admitting debt, the ETF takes the form of a paper which can be exchanged during the trade process. Observers are concerned whether the goal of paper Bitcoin is to manipulate the underlying asset with the help of the SEC as a regulator.

“It’s banks trying to take control but it’s also just the normal system they use,” James Crypto Guru, founder and CEO of crypto platform MagicCraft said. “In a way it does control and manipulate. But the people understand they want Bitcoin from the blockchain and over time their size will be much smaller than the overall market,” said the trader and YouTube influencer.

James Crypto Guru expects that issues of market manipulation will result in a decline in the price of Bitcoin in the short term. In the long-term, however, “this will be very good for adoption,” he added. 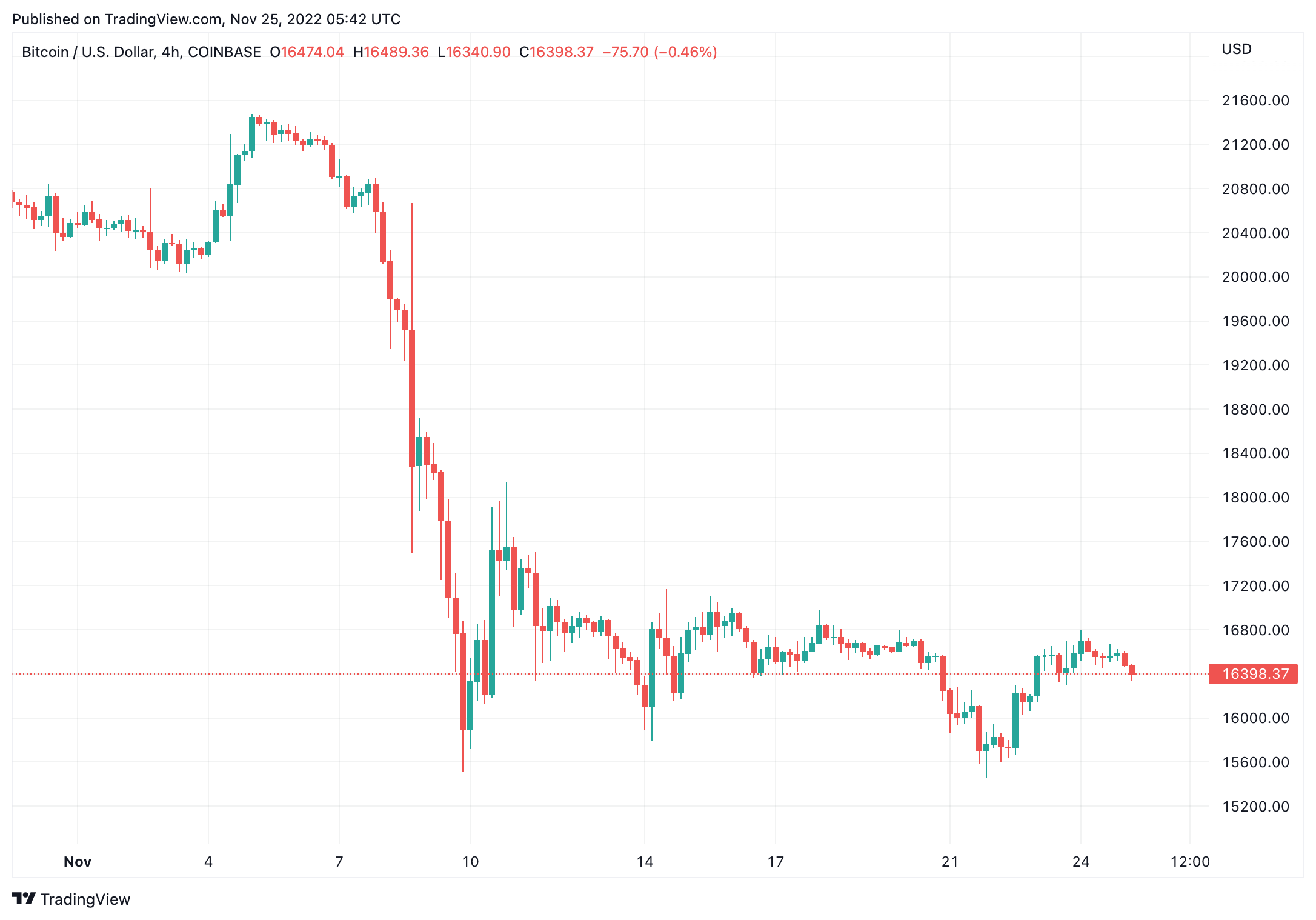 Shares were traded for nearly $1 billion on the first day of trading. When the ETF was approved, the price of Bitcoin shot up to a then-record $64,124. However, Bitcoin has dropped by 75% and is currently trading at $16,500.

Crypto analyst Willy Woo commented that the Bitcoin futures ETF would be bad for retail investors as it placed institutional investors such as hedge funds at an advantage.

“In my opinion, it will be an expensive way to hold BTC,” Woo tweeted then. “The exchange-traded-fund effectively outsources the holding of Bitcoin to hedge funds through a chain of profit incentives,” he opined.

Woo argued that a Bitcoin futures ETF has the “potential for price suppression and more volatility due to futures dominance.” That’s because he expects BTC futures to get more expensive compared to spot price due to large, long positions opened by hedge funds.

In gold markets, it is common practice that ETFs are now leading prices. They are also used for price discovery, according to experts. This same practice appears to have been adapted for Bitcoin markets as well.

Serhii Zhdanov, CEO of crypto exchange EXMO, said that the introduction of paper Bitcoin should be examined. “Financial market manipulation is a serious problem not only for crypto but also for other publicly traded assets,” he said. “When it comes to CME, the SEC acts as a watchdog, which guarantees asset security. The creation and regulation of such assets should be transparent and understandable for investors. This gives them confidence that their investment is secure.”

Chris Esparza, CEO of Vault Finance, said the goal of Bitcoin futures contracts was never to manipulate the underlying asset, even though that could happen. He went on to warn against potential scammers.

“The goal is to open trading to more investors without having to physically handle the underlying asset. Unfortunately that also allows people to trade things not in their possession,” Esparza said. “The impact is great. When people can trade futures and Bitcoin without holding the physical asset. ‘Paper Bitcoin’ can have a major influence on price as it’s bought and sold.”

The main sources of value for bitcoin are two. First off, Bitcoin is actually decentralized, in contrast to other crypto assets. Second, there are only a maximum of 21 million coins available.

However, by offering paper Bitcoin for sale, Bitcoin ETFs increase the currency’s supply. Investors are not required to directly hold any BTC. The value of the coin is diluted by an increase in supply.