Ripple’s biggest sin was the way it managed more than half of the total supply of XRP, but is it affecting XRP price?

According to Ripple chief technology officer David Schwartz, how Ripple can properly handle its large XRP holdings is still something to consider. Because any slight action by Ripple can cause the XRP price to fall into an uncontrollable decline (or pump and dump the price).

I remember the excitement of the early days. You’re right, so much potential wasted.

Their original sin was the founder’s distribution along with them holding on to 55B XRP (in escrow but still under their control). That was really short sighted and a sign of greed.

Schwartz: Ripple’s biggest sin is how the company manages to hold more than half of the total XRP supply

Schwartz asked his followers what Ripple should do and said that Ripple’s early efforts to provide XRP caused massive damage to XRP.

When asked whether Ripple should directly commit its XRP to the development of the XRP Ledger, Schwartz questioned the level of risk associated with such a move:

“At that time, we would have had no idea what to commit it to. You’re imagining we somehow commit to unchangeable rules very early, taking the risk we guess wrong.”

As for whether he feels satisfied with how XRP has been used, Schwartz said he thinks Ripple has done well – but not perfectly – in managing its holdings.

“I think we faced some unprecedented challenges and did a good job overall. Not perfect. I don’t think making big irrevocable commitments earlier would be helped and it definitely didn’t seem prudent at the time. The biggest problem was that we didn’t want to hold XRP forever, but giving it away became impossible. It was a bizarre challenge. Lockups don’t work too well either.”

Meanwhile, in another development, in an interview with Coindesk, Yassine Elmandjra, an analyst at global asset management firm Ark Invest, argued that a sharp drop in XRP price would make Bitcoin stronger. Furthermore, altcoins may be affected by XRP in the short term.

However, he said Bitcoin will improve in the long term as its value is proven by comparison:

“I think a lot of Bitcoiners actually isn’t really surprised at the outcome of what’s happened with Ripple and if anything in the short term while there’s likely going to be a correlation to the downside with alternative cryptocurrencies, in the long term this actually bodes very well for Bitcoin because people realize just how different it is.”

“There is no centralized marketing entity. The issuance of Bitcoin is predetermined and not controlled by any single entity and ultimately the rules are encoded in the network and software as opposed to made by humans.”

XRP has dropped more than 65% in the past two weeks after the US Securities and Exchange Commission formally filed a lawsuit against Ripple alleging that XRP was unregistered security at launch and remained security until nowadays.

In a recent interview with Dave Lee, Elmandjra emphasized what he believes sets Bitcoin apart from any other asset. As for how high BTC can be, the analyst says it could exceed $ 100,000 in the current bull cycle. 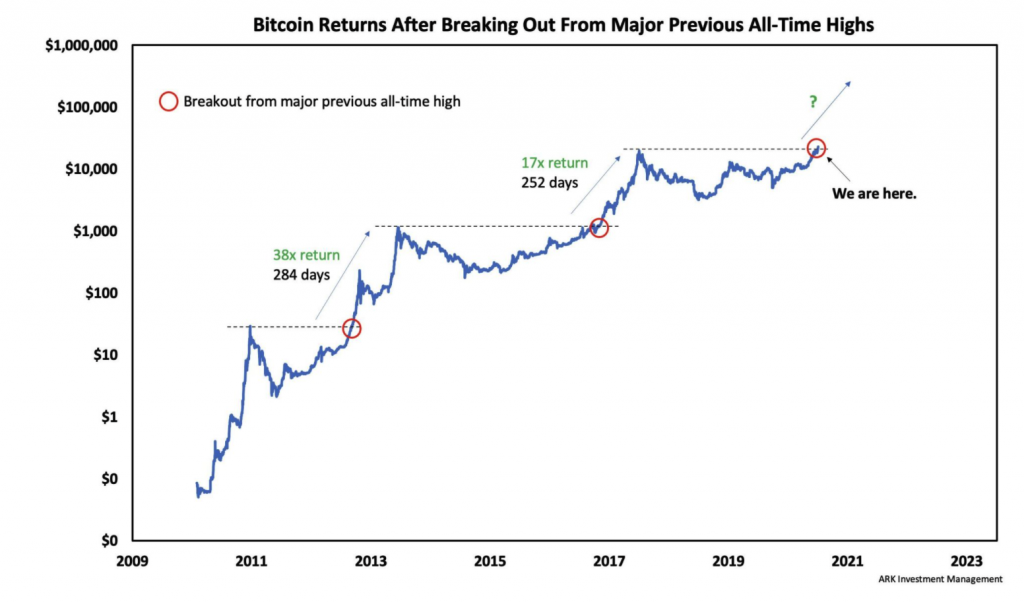 “Bitcoin has broken out from major previous all-time highs only twice before in its history. If this most recent breakout returns half of what the previous breakout returned in 2017, bitcoin will eclipse $150k.”

[Chainlink] The 3 Levels of Data Aggregation in Chainlink Price Feeds

FinCEN wants Americans to report if they have more than $10,000 in cryptocurrencies with foreign financial