IOHK announces Cardano users will be able to create their own tokens on Cardano network, ADA price up to 15%

Cardano users are set to get the ability to transact on the Cardano network using their own custom-built tokens. At press time, Cardano price is trading around $ 0.575, up to 13% in the last 24 hours. 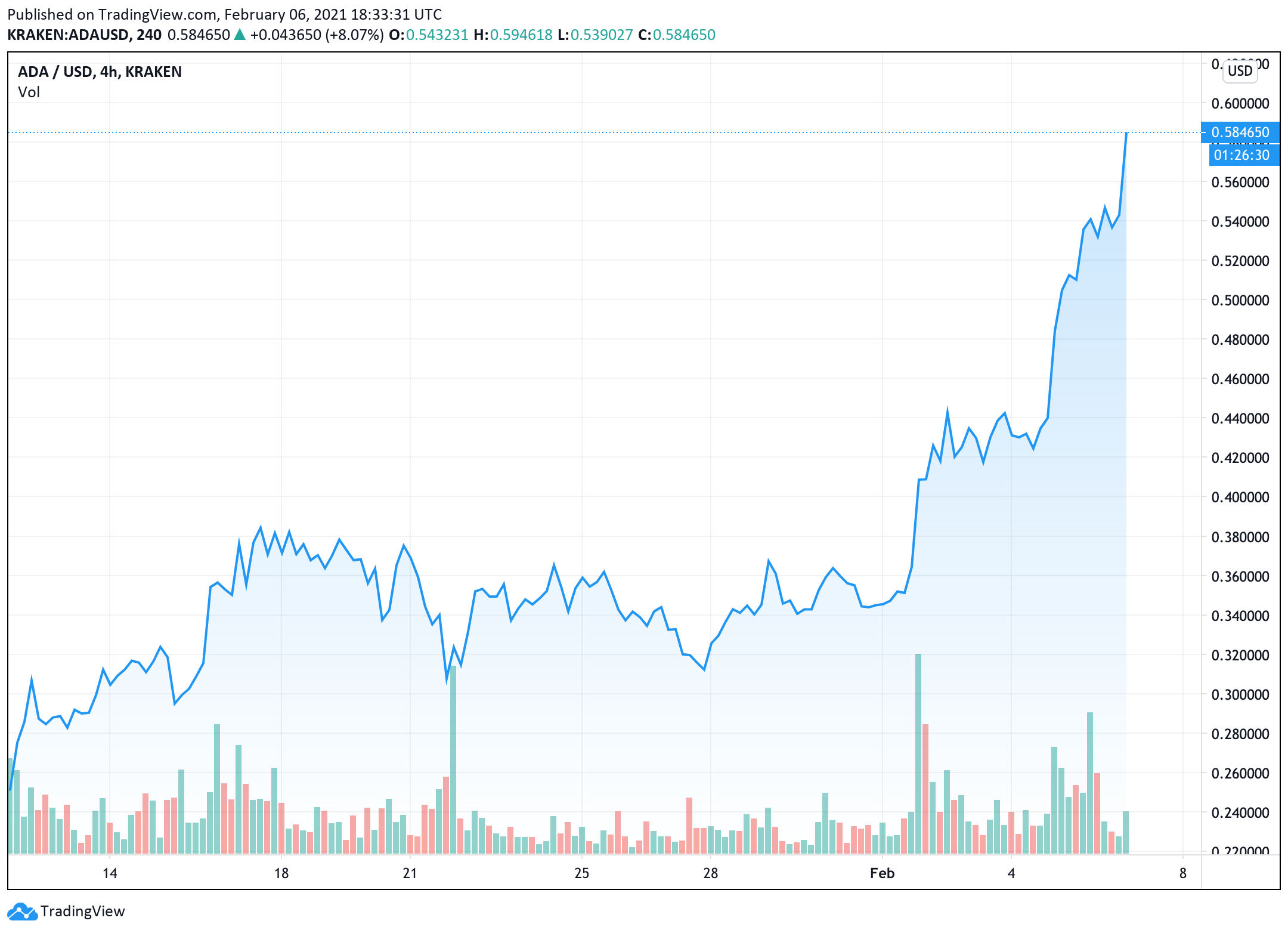 The Input-Output (IOHK) team recently announced that Cardana users will be able to create and use custom tokens for transactions on its network. The user-built native tokens will be part of an update called “Goguen Mary”. The project named the update for Mary Shelley, the author of the Gothic novel Frankenstein.

The tokens will exist on the Cardano network’s main chain, which means that users can use them like ADA. However, Cardano becomes a multi-asset blockchain with the upgrade. According to the team, this will open up a constellation of possibilities.

“The team used a hard fork to implement the update on the Testnet a few days ago. The announcement pointed out that a release on the Mainnet will follow.”

Multi-asset blockchains are extremely rare in the cryptocurrency space. Most platforms either use smart contracts or sidechains to establish platforms with new native assets. However, the cryptocurrency community knows the drive for innovation in the team at Cardano. Towards the end of the year, Cardano released another update called Allegra.

Allegra gave the network a ‘token-locking’ feature, a critical step in the team’s plans to introduce governance and smart contract functionality. The move could put Cardano on par with Ethereum, the second-largest cryptocurrency by market capitalization. At this time, Cardano is sixth by the same metric.

NEW BLOG: Yesterday we successfully deployed the Mary update to the #Cardano public testnet, bringing us one step closer to becoming a multi-asset smart contract platform. Here’s more from @timbharrison about the road to Mary on mainnet & what’s next 👇 https://t.co/E48AIBiRYF

Both Goguen Mary and Allegra will eventually support the final upgrade of the network. This upgrade, called Voltaire, makes the network fully self-sufficient. The team goes on to say that if Cardano is to become a truly decentralized network, it will require not only the distributed infrastructure introduced during the Shelley era but also the capacity to be maintained and improved over time in a decentralized way.

#ProjectCatalyst is our early experiment in deploying the governance mechanisms of #Voltaire. Over 5,500 people are currently collaborating to create an impactful set of governance tools, experiments & protocols, pushing #Cardano forward in 2021! Join us: https://t.co/PvWpt5DIJ9 pic.twitter.com/7gfgsfp5ND

If all goes well, Cardano could become one of the most interesting decentralized ledger projects in the space. The market seems to agree with this sentiment. From a low on February 3rd of $0.415, the price rose over 35% to $0.5625 late on February 5th.

Serbia extradited a man to the U.S. after he duped investors around the globe out of more than $70 million in cryptocurrency

Bitcoin price today is bright, many Altcoins have increased sharply