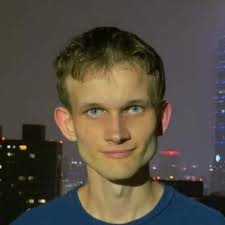 Who is Vitalik Buterin ?

The genius behind the world’s second most valuable cryptocurrency today Ethereum,  first learned about cryptocurrencies from his father. After co-founding Bitcoin Magazine in 2011, Buterin spent two years learning Blockchain technology, its potential, and the applications it had to offer. The Ethereum white paper was published in late 2013. Buterin currently serves as the Chief Scientist of the Ethereum Foundation and leads Ethereum’s research team, which maintains the core technology of the cryptocurrency and works on future versions of the Ethereum protocol.

Vitalik Buterin was born on January 31, 1994. He was born in the ancient city of Kolomna which lies about 100 km southeast of Moscow. His father, Dmitry is a computer scientist. In the year 2000, when Vitalik was 6 years old, his family moved from Russia to Canada.

In 2011, when he was 17 years old, Vitalik learned about Bitcoin from his father. The concept of a cryptocurrency didn’t immediately appeal to him, so he didn’t give it much attention at first. The idea of a currency system that didn’t have an intrinsic value seemed like something that was doomed to fail as far as he was concerned. A few months later, he came across Bitcoin again, but this time it made more of an impression. With the effects of the World of Warcraft debacle still fresh on his mind, Bitcoin and blockchain technology presented a viable alternative for the centralization that, in Vitalik’s mind, was responsible for most of the ills in the world.

With his interest in Bitcoin piqued, Vitalik set his heart on acquiring some Bitcoin in order to be able to understand the concept. He also wanted to be a part of the burgeoning and experimental Bitcoin economy. At that time, he didn’t have the financial resources to afford to buy Bitcoin and he also didn’t have the computing power to mine Bitcoin.By 2011, the mainstream Bitcoin mining scene had moved past CPUs and GPUs, into the arena of FPGAs.

Undeterred, he crawled through online Bitcoin forums looking for people who were willing to pay for work in Bitcoin.He soon encountered a fellow on a Bitcoin chat forum who offered to pay Vitalik 5 Bitcoin per article.This amounted to about $3.5 per article. Vitalik’s prolific writing style soon caught the attention of Romanian Bitcoin enthusiast Mihai Alisie, and the two soon began corresponding frequently with each other.

With almost two years of experience writing about Bitcoin and getting feedback from the Bitcoin community, Vitalik became more entrenched in the blockchain world. It didn’t take long for him to see what a few others in the community were beginning to see; that blockchain technology had the potential to support more than just a payment processing system. He tried unsuccessfully to pitch the concept of creating a more application-friendly build of the core Bitcoin network that would allow the creation of useful, decentralized apps without the need for functionality-layering procedures.

Unable to convince the Bitcoin community at that time, Vitalik set about writing a whole new blockchain. Rather than use the “crude” scripting language that Satoshi Nakamoto had used, Vitalik employed a more refined and robust Turing-complete programming language.This meant that the new blockchain could theoretically support any type of use-case straight from the core network build without any layering. Vitalik wrote the white paper for the new blockchain and christened it Ethereum. He released the white paper to a few friends and associates who spread the word further.

The idea turned out to be a massive success, and the next year a public crowd sale was held for the project which raised about $18.4 million dollars.Shortly afterwards, in the spring of 2015, the first version of Ethereum was released and it has gone on to become the most popular blockchain platform for Decentralized Autonomous Organizations (DAOs), Decentralized Applications (DApps), and Initial Coin Offerings (ICOs). Ether, which is the native currency of the Ethereum blockchain is the second most valuable cryptocurrency in terms of market capitalization.

Ethereum is a decentralized platform that runs smart contracts: applications that run exactly as programmed without any possibility of downtime, censorship, fraud or third-party interference. These apps run on a custom-built blockchain, an enormously powerful shared global infrastructure that can move value around and represent the ownership of property. This enables developers to create markets, store registries of debts or promises, move funds in accordance with instructions given long in the past and many other things that have not been invented yet, all without a middleman or counterparty risk.It is developed by the Ethereum Foundation, a Swiss non-profit, with contributions from great minds across the globe.

I think a coexistence of different types of blockchains is inevitable; it’s just impossible for one type of blockchain to satisfy all use cases and provide all desirable properties.

Ethereum is more useful and efficient than ever

Bitcoin price structure broken, but downtrend has yet to…

An unverified token on JustSwap accounted for $364 million…

Federal Reserve Bank of Cleveland revealed details of the…

Chainlink price might be nearing a crucial support level at…

Although Bitcoin price got some bullish, things could get…

Chainlink price saw a speculative wave yesterday that came after a multi-week downtrend. This happens in the form…
Bitcoin News

After the success of the non-custodial exchange Uniswap, some clones have appeared on competing blockchains hoping…
CBDC News

Speaking in a keynote address on September 23, the President and CEO of the Federal Reserve Bank of Cleveland,…
Ripple News

Chainlink price action has been quite grim as of late, with it facing unusual inflows of selling pressure as…
Bitcoin News

Although Bitcoin price is bullish currently, things could get “rocky” until after the US Presidential Election…
Loading ... Load More Posts No More Posts