In just one month, Dogecoin miners have earned at least $6 million daily

According to Coinmetrics, from May 23 to June 23, Dogecoin miners made at least $6 million per day. Furthermore, from January 1 to June 3, DOGE’s 30-day average total mining revenue was $259.33 million. 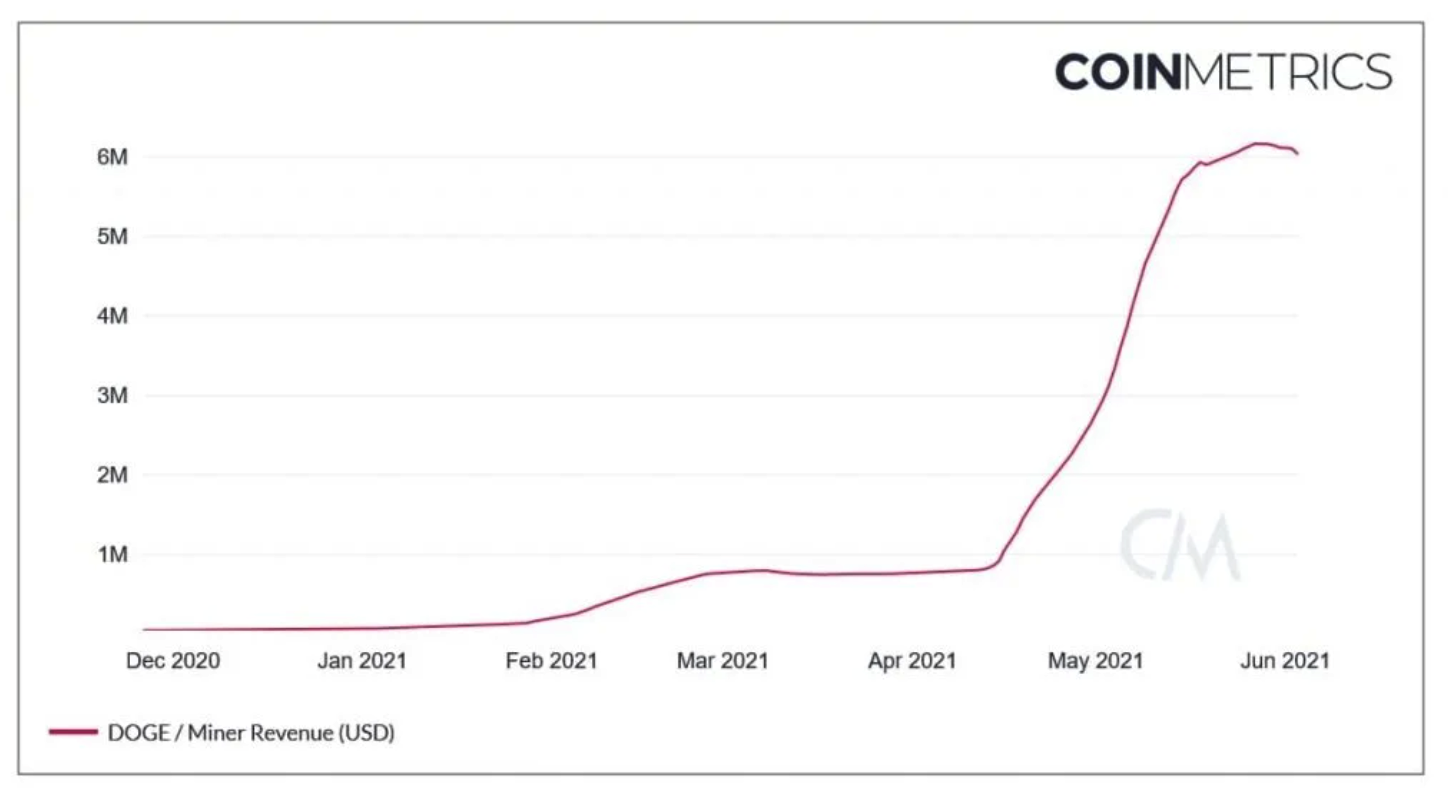 In addition to Dogecoin investors, the cryptocurrency miners meme is also raking in millions to create new coins and confirm transactions during the 2021 rally.

Mining revenue correlated with Dogecoin’s 2021 rally has led to demand for the coin. On a year-over-year basis, Dogecoin has grown by 9,400%, benefiting from the overall price volatility of the crypto market. Additionally, the meme has received massive support from Tesla CEO Elon Musk through supportive tweets.

Some analysts see the rise of Dogecoin as a bubble due to the cryptocurrency’s lack of real-world utility. However, in recent months after Musk announced that his rocket company SpaceX would use cryptocurrency for one of its missions to the moon, the situation changed.

Furthermore, the Dallas Mavericks basketball team, CovCare medical service provider, has adopted Dogecoin as an alternative payment method. Despite DOGE’s rise in value, there have been concerns that celebrity advocates may opt-out, leading to a drop in cryptocurrency prices.

According to Galaxy Digital CEO and billionaire Mike Novogratz, the DOGE rally is a retail phenomenon driven by the supply of more money into the economy.

“This is very much like GameStop where these meme coins tap into something in the young, new investor base, and it becomes fun. It builds on momentum, and they want to go after the shorts. But, I don’t think it is going to have legs because it is all retail and all of a sudden.”

After the bull run, the Dogecoin price corrected along with the overall market sentiment. At press time, the coin is trading at $0.38.

Top Altcoin Moonshots for Summer 2021 (Part 1), According to Altcoin Buzz