CBDC is a new asset class they hold tremendous promise, notably for the developing world

According to Zhan, CBDC represents a more efficient payment system. New currencies can reduce costs and increase efficiency. The IMF executive also believes that CBDC can increase stability and lower barriers to entry for new companies in the payment system.

“With the help of CBDC, monetary policy will be enhanced.” 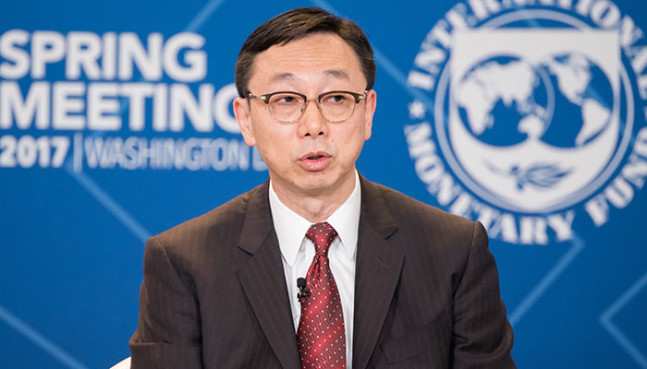 However, despite the potential benefits, risks from CBDCs can also arise. Measures should be taken to minimize risk by adequately designing the CBDC. Remarkably, he acknowledged that a revolution was taking place across the global economy, and central banks had to innovate to avoid obsolescence. Explicitly, he affirmed that CBDCs have the potential to prevent the growing popularity of stablecoins, which can be challenging to regulate and may pose a risk to financial stability and transmission of monetary policy.

Financial institutions may feel the need to raise deposit rates or gain access to more expensive (and intermittent) wholesale financing, which affects profitability and possibly leads to the more costly or lower provision of loans for the real economy.

“Such disintermediation risks can be mitigated by using CBDC, which does not bring interest (at least in the context of positive deposit rates), and by using restrictions on CBDC assets.”

Zhan highlights CBDC to be “an incredibly rich area” for policy experimentation and further discussion. Earlier the UK’s central bank, Bank of England, rolled out a discussion paper in which it described an illustrative model of central bank digital currency (CBDC). The bank says it is now time to look further ahead and consider what kind of money and payments will be needed to meet the needs “of an increasingly digital economy.”

Zhang also quickly pointed out possible challenges with the mass adoption of CBDC. Most notably, the current global financial space is not designed to fit digital currencies without borders. Therefore, one or several selected strong CBDCs can rule the world. He called this possibility dollarization.

“On the one hand, a CBDC used as an international means of exchange could improve the efficiency of cross-border payments, which are currently costly, slow, and opaque. But at the same time, CBDC available across borders could increase the probability of currency substitution (“dollarization”) in countries with high inflation and volatile exchange rates, and therefore reduce the ability of the central bank to conduct an independent monetary policy.”

One interesting suggestion was the possibility of banks creating fiat-backed digital currencies, which Zhang termed “synthetic CBDCs.” Such tokens would enable the banking sector to recognize the challenges related to managing these digital assets and, for example, enforcing anti-money laundering and know-your-customer regulations. The tokens would, however, have the backing of a trusted central bank.

A leaked video shows the conversion of Yuan into…

China may accelerate the rollout of its state-run…