If Bitcoin price can reclaim $12,000, chances of a higher high in 2020 will become a lot more likely

Bitcoin price is experiencing a surge of intraday volatility, rocketing $150 in minutes then collapsing more than $250 just moments later. Here’s what is going on in the top-ranked cryptocurrency and what to watch for as price action to develops.

Bearish Bitcoin price chart pattern points to a retest of $11,000, will it hold?

Bitcoin’s notorious volatility is back after a short-lived phase of tranquility. Explosive price action this week following a bullish breakout of a downtrend line on the heels of Square news sent the cryptocurrency well above $11,000 and kept climbing.

Resistance above $11,750 proved too strong to penetrate and the leading crypto asset by market cap fell lower, where a triangle began to form. This morning, a false breakout of the upper trendline baited bulls into a fierce rejection, resulting in a sharp drop of $250 lower.

Zooming out further, shows the descending triangle breaking down with a potential target of $11,000.

Bears have a chance of pushing Bitcoin back down toward $10,000 if bulls cannot defend the key support level. However, if the crypto asset can reclaim $12,000, chances of a higher high in 2020 will become a lot more likely.

The current price level is a pivotal range where whichever way breaks, could set the trend for the rest of the year and into 2021.

According to CoinMetrics, the Bitcoin hash rate ramped up to a fresh new record of 144 EH/s on October 14. It has now surpassed the previous lifetime high of 143.1 EH/s that was recorded last month. The new record means that Bitcoin reached its peak level of security, given that it is now more challenging to carry out a 51% attack that could allow malicious actors to take control of the network. 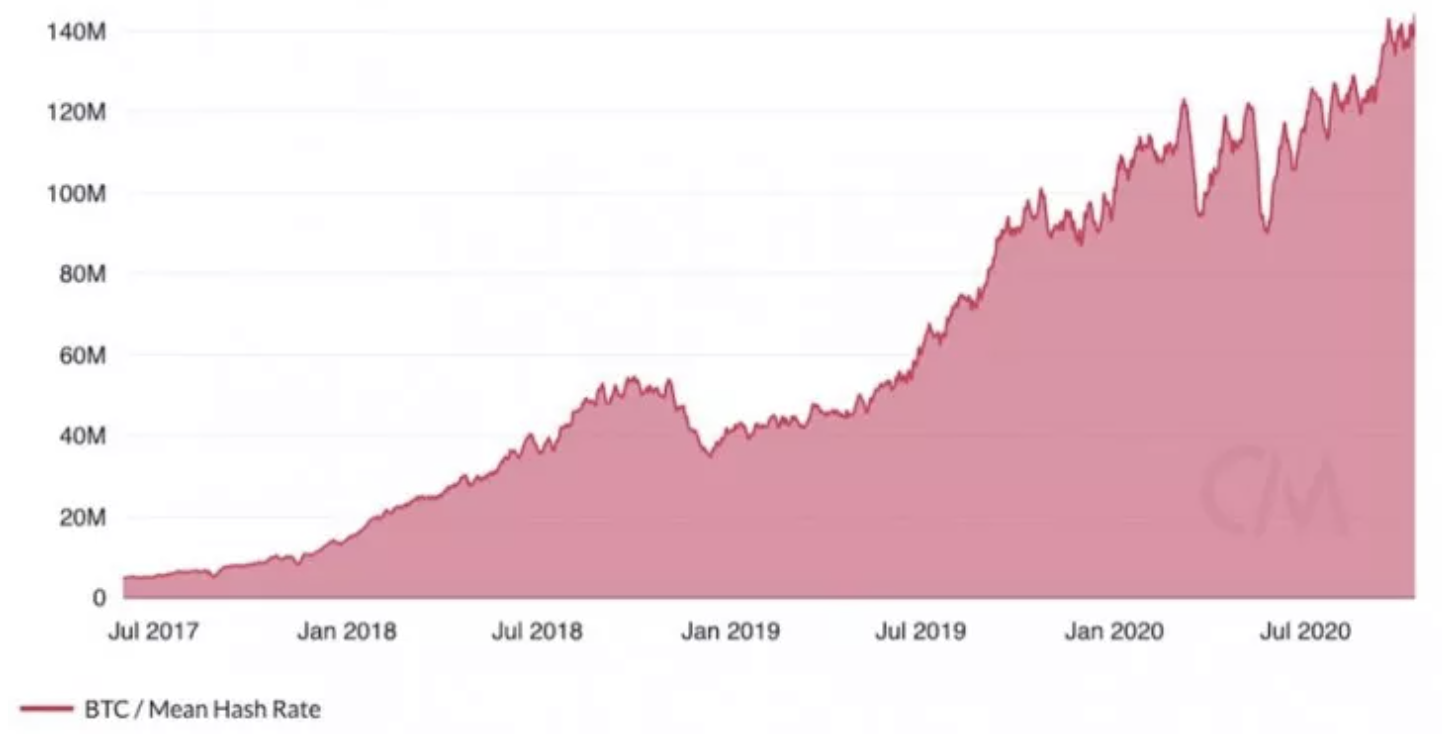 Starbucks and McDonald’s are reportedly not part of the 3,000 merchants piloting China’s CBDC