Bitcoin price has entered a consolidation phase as it trades between $ 10.600 and $ 10.800. Its strong uptrend in recent days stalled as soon as it approached $11,000, as the selling pressure at this level has proven to be quite significant. Analysts are now conflicted on where it may trend next, as it all depends on whether $ 11.000 proves to be a surmountable level

At press time, Bitcoin is trading up marginally at its current price of $ 10.765. This is around the price at which it has been trading throughout the past several days. Yesterday, after advancing towards $ 11.000, Bitcoin faced a sudden inflow of selling pressure that caused its price to slide as low as $ 10.500 on some trading platforms.

The decline to these lows was fleeting, but it highlighted the strength of BTC’s near-term resistance, as well as some underlying weakness amongst bulls.

Santiment explained in a recent tweet that there is currently a severe lack of address activity on the Bitcoin network. This points to underlying weakness amongst the crypto’s buyers.

“Why is BTC continuing to see drop-offs occur whenever we near $11k? Our DAA Divergence model indicates the network is seeing a severe lack of address activity. Today is the 5th most bearish output in the past 6 months.” 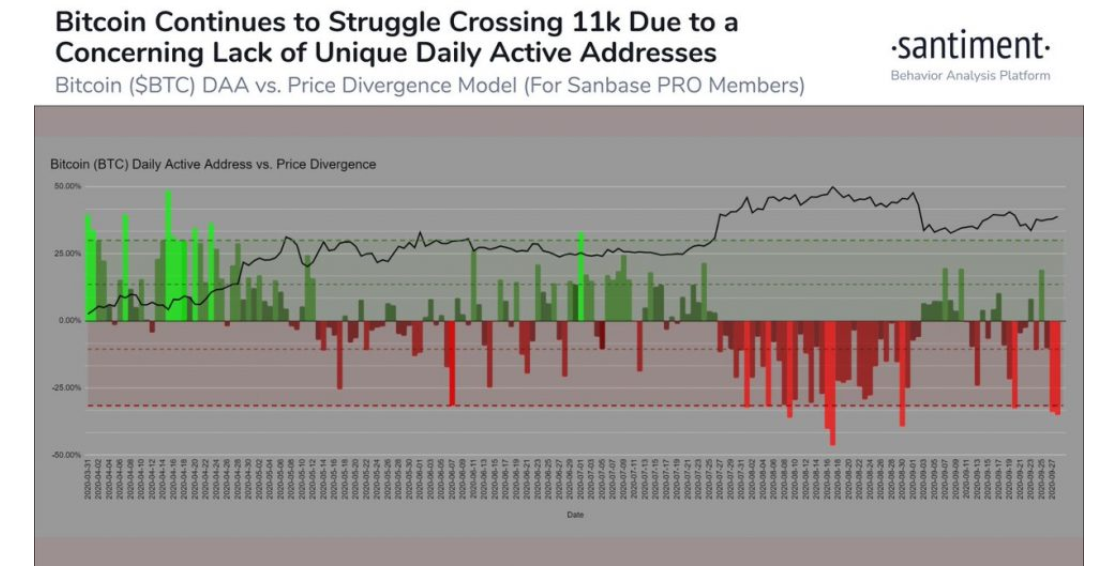 The coming few days should shine a light on Bitcoin’s mid-term outlook.

Glassnode: Network health declining due to lack of new users

Throughout the past few days and weeks, Bitcoin’s price has been struggling to garner any momentum in either direction. It has mostly been consolidating between $10,200 and $11,200, and until one of these levels is decisively broken, its outlook remains unclear.

It is important to note that this has caused trading liquidity on exchanges to trend lower throughout the past week, according to analytics platform Glassnode. On-chain transactional liquidity, however, has been trending higher.

“While trading liquidity decreased due to lower exchange deposits, transaction liquidity rose due to an increase in the volume of BTC transferred on-chain.”

Until Bitcoin determines its mid-term trend, it may continue watching its liquidity plunge lower.

In their latest weekly update, Glassnode explained that Bitcoin’s network health has also been declining over the past week, which primarily stems from weakness in their network growth category.

“Network Health dropped from a score of 74 to 64 points over Week 39, decreasing by 13.5%. The network growth subcategory lost 8 points due to a decline in the number of new users joining the Bitcoin network. Meanwhile, network activity dropped by 10 points as the number of BTC transactions also fell.” 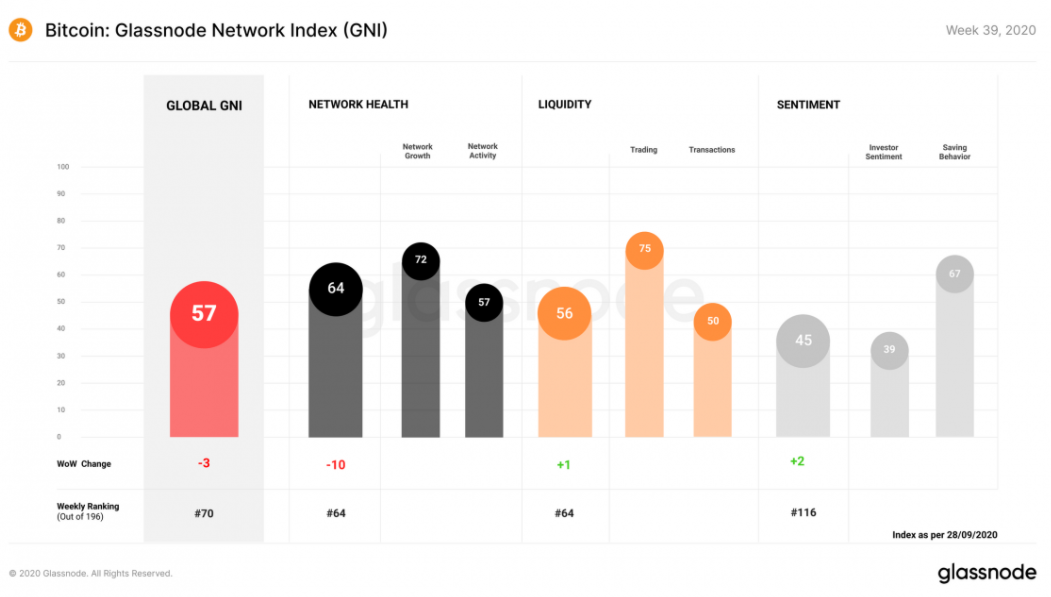 The sharp plunge saw across new users joining the Bitcoin network, transaction volume, and liquidity points to some mounting fundamental weakness. This could all rapidly shift if the cryptocurrency makes a trend-defining move in the near-term.