How will the price of BTC grow before and after Bitcoin Halving from data from the past?

There are only about four days left until BTC Halving, and every time the event happens, Bitcoin price fluctuates. Let’s look back at the previous two Halving Bitcoin.

When it comes to Bitcoin and Halving, massive price increases have occurred. Will this third time be different? 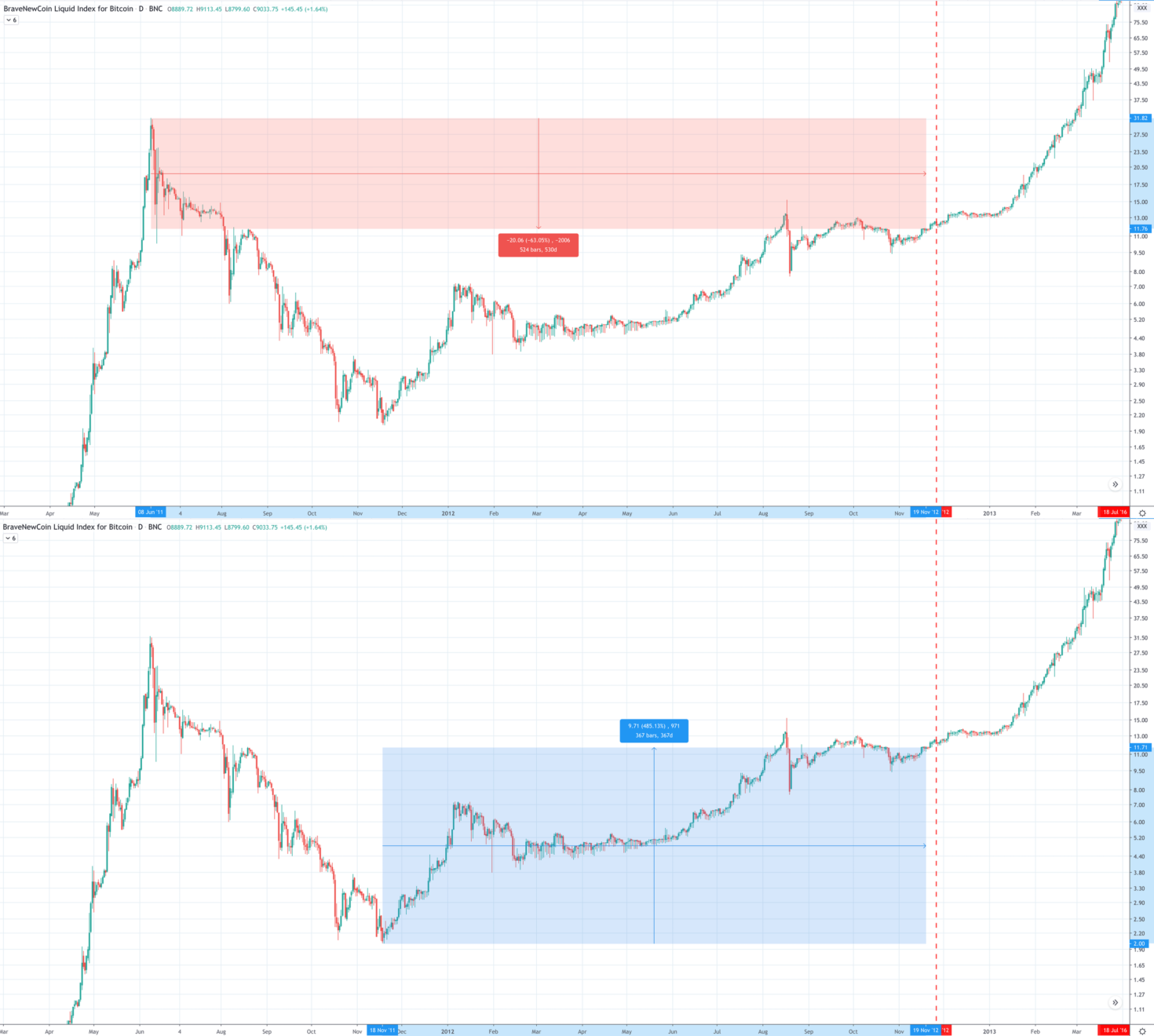 Looking at historical data, during the first Halving cycle, after one week since Halving, the Bitcoin price has been trading at a 63% decline from the previous peak. This is also more than 485% from the local bottom. 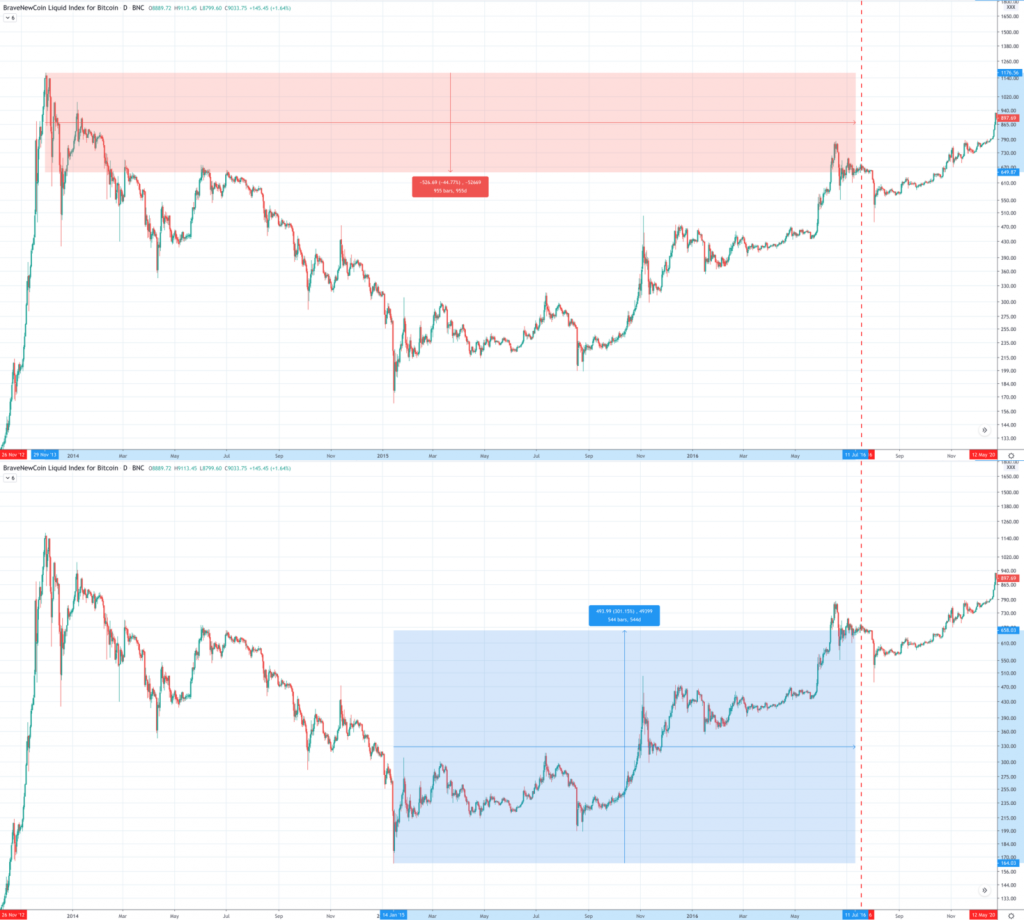 In the second cycle, after a week, the price of Bitcoin traded down 45% from the 2013 peak and up 300% from the bottom. This time, Bitcoin is trading at the same average between the previous two peaks for a week with a price action of 54% off the top. This shows that Bitcoin is on track to perfect, with the average of both cycles halving in the past. 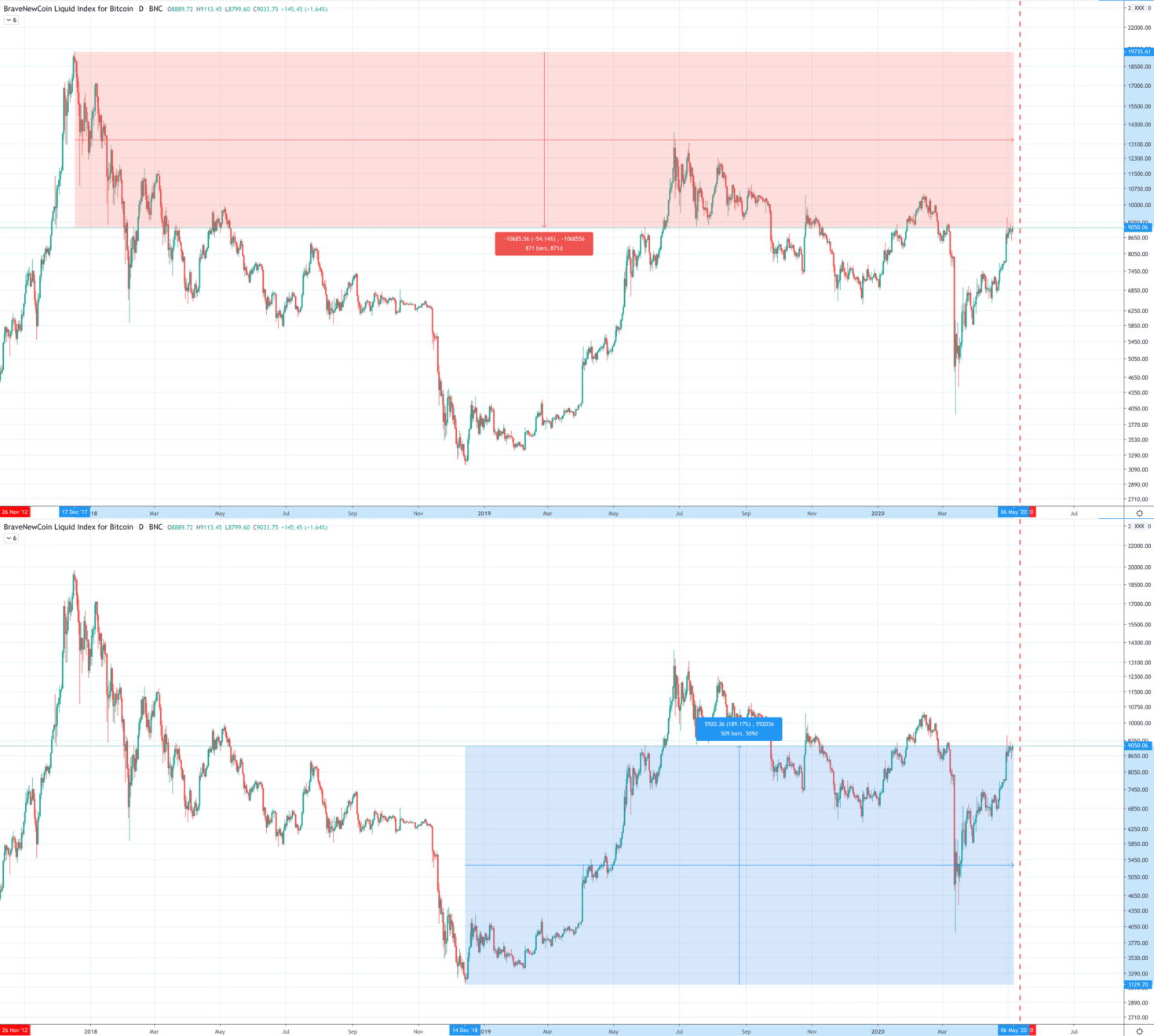 On average, BTC has risen more than 324% from its trough to a one-week trading level after halving. Bitcoin is only up 189% from the bottom of the bear market of $ 3,200 currently.

What will the BTC price after Halving be?

With price action in the past, what can we expect after this Halving?

After the first cycle, the BTC price has increased by 9378% compared to the transaction price after only one week. In the second cycle, there was a slight price drop after halving, but in the end, the Bitcoin price rallied over 2872% to a new peak from the price traded at just seven days from the last halving.

On average, this means that BTC has risen more than 6000% after Halving. The next half of Bitcoin is here, and if it even has a similar effect a bit, then financial growth could be astronomical. And with an average drop of only 27% ever seeing a halving of the post, risking here with Bitcoin could well pay off.

According to data from The TIE, the halving is “dominating the Bitcoin narrative,” becoming the most-used BTC-related term ahead of mining, high, long, and gold. Accordingly, Twitter users referring to the topic of BTC Halving are largely bullish. About 65% of tweets mention Halving positively.

The halving is dominating the Bitcoin narrative and investor expectations are extremely positive. There were ~2.5K tweets about the halving today, 65% were positive.

Tweet volumes on the halving have quintupled over the last two weeks. pic.twitter.com/PhnhbUIRG2

This shows that most traders are anticipating this basic event as a catalyst capable of raising prices for the cryptocurrency market in the coming weeks and months.

The majority of investors are bullish on BTC Halving. However, there is no evidence that Bitcoin prices will spike right after the event.

“With the halving approaching, Bitcoin miners are doomed to be confronted with the problems of mining profits getting lower and the proportion of electricity bills higher. Meanwhile, miners will need more time to reach the break-even point.”

Low miner profitability threatens the price of Bitcoin because the business of mining is predicated on positive cash flows, as the cost of electricity and cost to maintain ASIC miners is very high.

Co-founder of Ripple Chris Larsen: XRP was created in order to be a better Bitcoin

What is SWFT Blockchain? Should we invest in SWFTC or not?