Despite being one of the most vibrant centers for cryptocurrencies and blockchain technology worldwide, Korea is one of the countries with the most stringent regulation of cryptocurrencies in states that accept Bitcoin. In July 2018, the Korea Times reported that the government had drafted bills to put cryptocurrency regulations in place to prevent cybercrime and money laundering. So how to buy Bitcoin in Korea? If you want to buy Bitcoin in Korea, you can still use the following methods.

In 2017, Korea was at the center of Bitcoin’s phenomenal growth to reach an all-time high of around $ 20,000. A study revealed that more than 80 percent of South Korean cryptocurrency investors had reported a significant return on their investments. The Korean government has worked hard on the cryptocurrency sector in the country and brought everything to a sudden end, even for a short time.

Many South Korean banks, such as Shinhan Bank, have provided Google’s anonymous virtual bank accounts to customers who want to fund their crypto exchange accounts. This practice has reduced periodic bank fees and delays, enabling the purchase and sale of low-friction cryptocurrency for Koreans. However, this practice is now banned, and currently, only bank accounts with common names can be used to trade cryptocurrencies.

The developments came after the Korean government legitimized the payment facilitation of cryptocurrency service providers in July 2017. Rumors of a Korean ban began to swirl through the international markets. Following the harsh crackdown on cryptocurrency exchanges in China, the Korean market has grown to become a substitute for Chinese demand.

Korea’s cryptocurrency craze and subsequent multiplication of exchanges, businesses, and related services, has attracted a lot of government attention.

In September 2017, the government banned ICOs (Initial coin offerings). In January 2018, the Korean government was shaken by an insider trading scandal, when they claimed that some Financial Supervisory Service employees had sold their cryptocurrency hold right before when the Attorney General publicly (and mistakenly) declared that the government was near banning cryptocurrencies.

While the government is concerned about the security and financial risks of cryptocurrencies, Korea’s (central) bank is unphased. BOK reported that 2 million won (approximately US $ 18 billion) of cash in the local crypto industry poses no threat to the 26 trillion Won deposits in the country’s brokerage houses.

Buy Bitcoin in Korea at Coinmama

Coinmama allows customers in almost every country to buy bitcoins using credit or debit cards. They charge ~ 6% for each purchase. Customers in Europe can also buy bitcoins with SEPA transfers for a lower fee.

What Is Coinmama? How To Register On Coinmama?

UPbit is one of Korea’s largest cryptocurrency exchanges today. The exchange has about 1.2 million users, and the daily trading volume amounted to over 300 million USD despite burdensome regulations from the Korean government. They are operated by a subsidiary of Korean technology giant Kakao.

One of Korea’s largest cryptocurrency exchanges by trading volume, Bithumb, announced a partnership with U.S. fintech firm Series one on October 31.

Buy Bitcoin in Korea at Coinone

Coinone was founded in 2014 as a Bitcoin-only exchange but has added eight other cryptocurrencies to its portfolio. Coinone has opened a physical cryptocurrency exchange, Coinone Blocks, which is essentially “the world’s first blockchain 4D zone.”

GOPAX, short for Global Online Professional Assets Exchange, is the largest Bitcoin exchange in Korea. They allow transactions in Korean to win, and there are more than 20 coins available for trading. Traders can trade on the day they register with no transaction fee.

Huobi Korea is a subsidiary of Chinese crypto exchange Huobi. Huobi itself is the 3rd largest cryptocurrency exchange worldwide. They have companies in Singapore, the USA, Japan, China, and Hong Kong.

Buy Bitcoin in Korea at Changelly

Changelly allows you to buy bitcoins with Litecoin, Dogecoin, altcoins, and many other digital tokens. Changelly works in almost every nation, but you will need another crypto to purchase bitcoin. Exchanges happen practically immediately because Changelly never controls your tokens, only exchanges them.

Korbit is the first and most significant Bitcoin exchange in Korea, based on transaction volume. The deposit can only be made via bank transfer.

Coinplug is a Bitcoin exchange based in Korea. Customers can buy bitcoins by depositing money in a bank into one of Coinplug’s virtual bank accounts.

Coinplug also operates the okBitcard service that allows buying bitcoin vouchers from any 7-11 ATM, Mini Stop, or Nautilus across Korea. Gift vouchers can be purchased for 10,000, ₩ 30,000, or ₩ 50,000 denominations.

LocalBitcoins is an escrow service that also helps fit bitcoin buyers and sellers. The most common payment method for purchases is cash. However, users can advertise transactions for any payment method they like.

Buying bitcoin through a live meeting, guaranteed and facilitated by LocalBitcoin, maybe one of the fastest and most private ways to buy bitcoin in any country.

Because Korea is one of the countries with the most stringent crypto regulations, there were not any Bitcoin ATMs available in Korea. 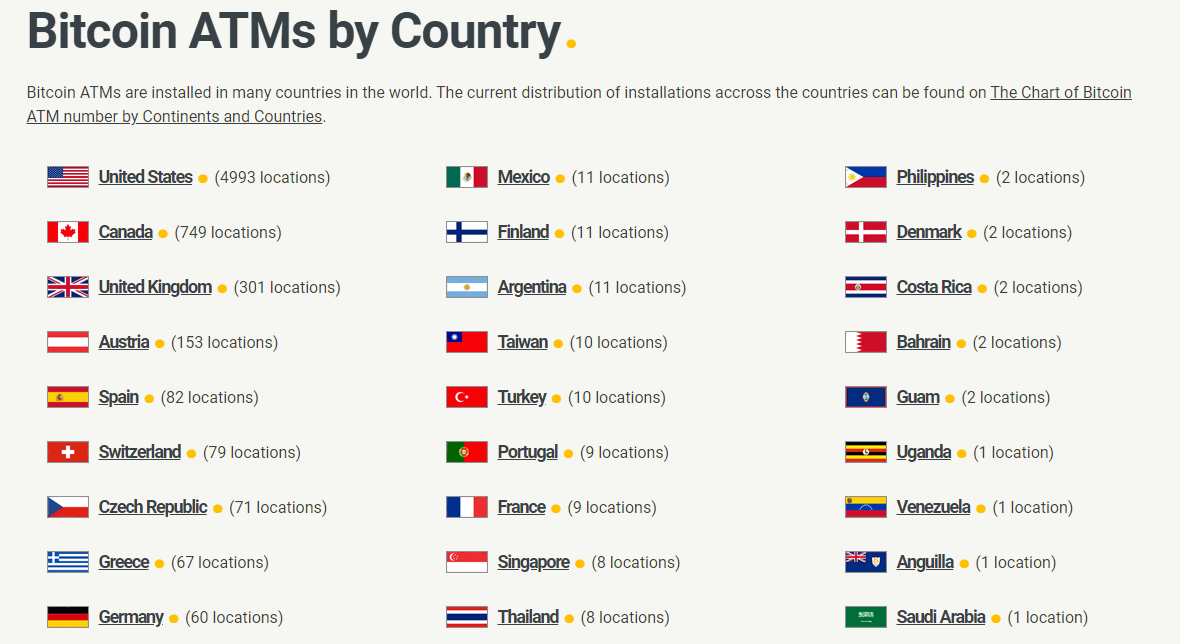 How to buy and sell Bitcoin in Laos?

How to buy and sell Bitcoin in Nigeria?

How to buy and sell Bitcoin in Cambodia?

ETH 2.0 transforms Ethereum into the blockchain, but what…

Glassnode: The amount of Bitcoin withdrawals has surged to a…

Ethereum price traded to a new annual high of $ 636 before correcting lower. ETH is showing signs of decline and it…
Ripple News

XRP price is one of the most surprising beneficiaries of the recent market-wide uptrend, with the previously…
Ethereum News

After Coinbase, Huobi, and OKEx, Binance exchange said Tuesday that it will go live with a new Eth2-focused staking…
Bitcoin News

Bitcoin price bullish momentum has been going wild over the past few days, with bulls taking the cryptocurrency…
Libra News

Libra Association, composed of 27 member firms, announced Tuesday it was changing its name to Diem, which means…
Bitcoin News

According to the Yonhap news agency, the Korean National Assembly held a meeting, deciding to adjust the…
Ethereum News

A leader of the alleged Ponzi scheme AirBit Club has extradited from Panama on November 25 by the United States…
Loading ... Load More Posts No More Posts