Bitcoin price could soon approach the key CME futures spread at $ 9,600, formed as BTC rallied from $ 9,000 in late July and early August.

CME futures are closed over the weekend, although Bitcoin spot markets are still trading. This forms a natural gap in CME’s price action, much of which gets filled within a week after opening.

Bitcoin fell at the same time as other financial markets

At press time, Bitcoin is down nearly 5% over the past 24 hours, trading around $ 10,433. At the present time, selling pressure is still pouring on Bitcoin, but it is unclear why.

Bitcoin price tapped over $ 11,000 one last time before a deadly drop began later Saturday night and into Sunday. The drop extended deeper into the weekday trading week, with a fall to under $ 10,400 starting Monday morning. It was just Bitcoin, Ethereum, Ripple, and even top DeFi tokens tanked in the selloff. Blockchain data shows that miners were partly responsible for driving prices down, however, the drop is really due to the dollar.

Alongside Bitcoin’s steep breakdown, stocks fell on Monday as fears about the potential worsening of the coronavirus pandemic, as well as uncertainty on further U.S. fiscal stimulus, rattled traders.

A selloff across global equity markets, tied partly to worries over the rise in COVID-19 cases and the potential for the renewal of restrictions on activity, as well as uncertainty over a fresh round of government relief, added to the negative tone. And this shows that Bitcoin’s decline is not entirely its fault. Clearly even gold is down, with the gold futures dropped by nearly 3% on Monday.

“Gold is once again not providing shelter in these hazardous times.”

Bitcoin price will soon fill up the CME gap

BItcoin will soon fill the CME void, and crypto analyst MacNBTC is watching the recent price action. He noted how the cryptocurrency lost the support of the key support at $ 10,900, likely to trigger a move to $ 10,200. 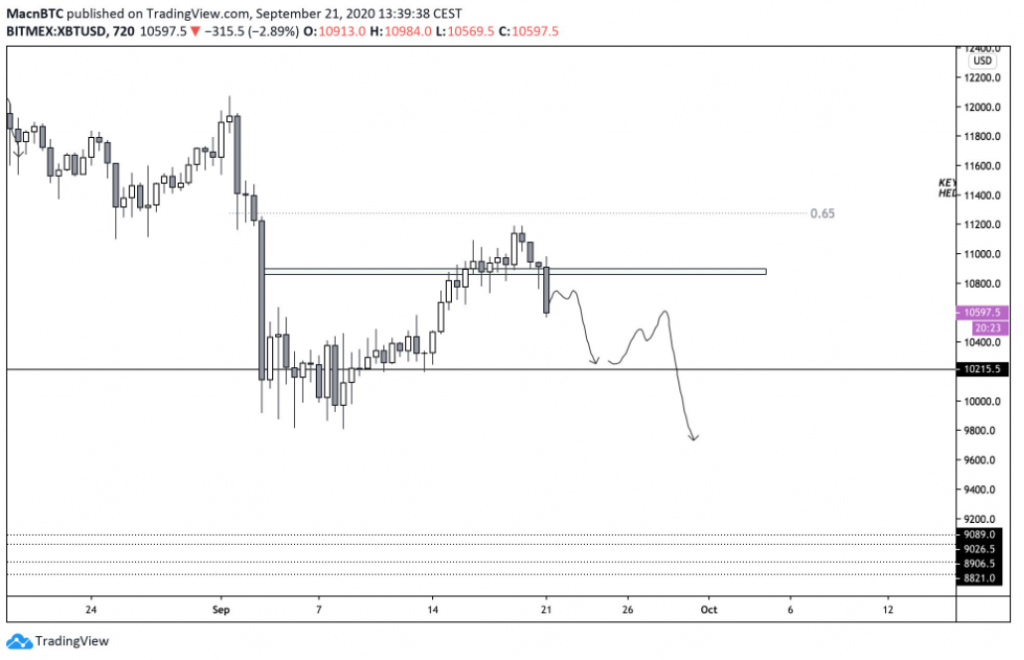 What do you think?

However, not all analysts think the gap will be filled.

Willy Woo, a renowned chain analyst, recently commented on the chart below:

“I’m still cautious of another short term dump to fill the gap but so far it’s looking like it’s been front-run for liquidity which is strongly bullish if we break resistance here. There’s a lot of bids in the spot order books wanting to snap up the gap in the mid-high 9000s.” 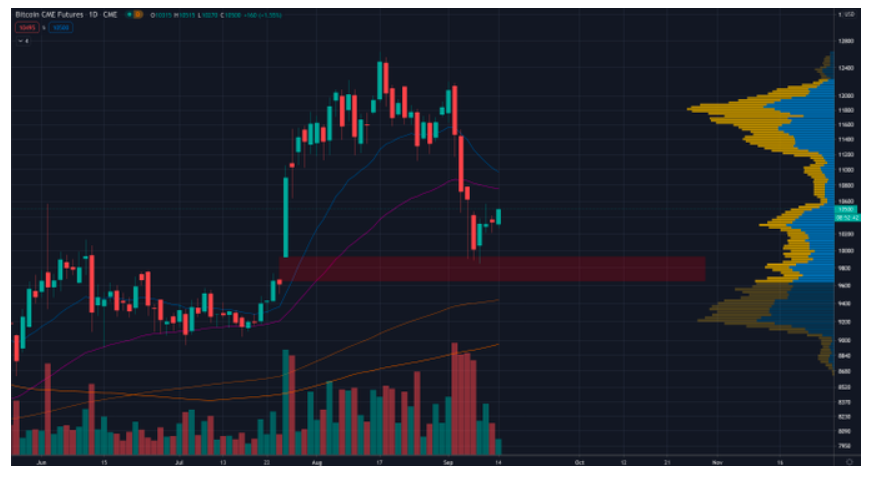 “Overall, I’m not expecting any mega dump, some chance of smaller whipsaws in the short timeframes, resistance is teetering. Not a bad time to get in if you’re a spot investor, given the longer-range macro. There’s plenty of buy support below 10k, this is a buy the dip scenario.”

However, how Bitcoin will increase in price in the near term appears to be rising in price and is somewhat dependent on legacy markets.