Recent protests in Hong Kong have attracted worldwide attention. Moreover, along with the recent development of Bitcoin in Hong Kong, many people have questioned the usefulness of Bitcoin in the nation’s struggle against China.

Last week, the mainland Chinese government proposed a new security law for the region of Hong Kong — a former colony of Britain turned a special status city in China, known for being a hub of finance. The Beijing government claimed it is needed to tackle growing terrorism within Hong Kong, but many in the global community and thousands of locals believe the law encroaches on their democracy — something China promised to uphold until 2047. 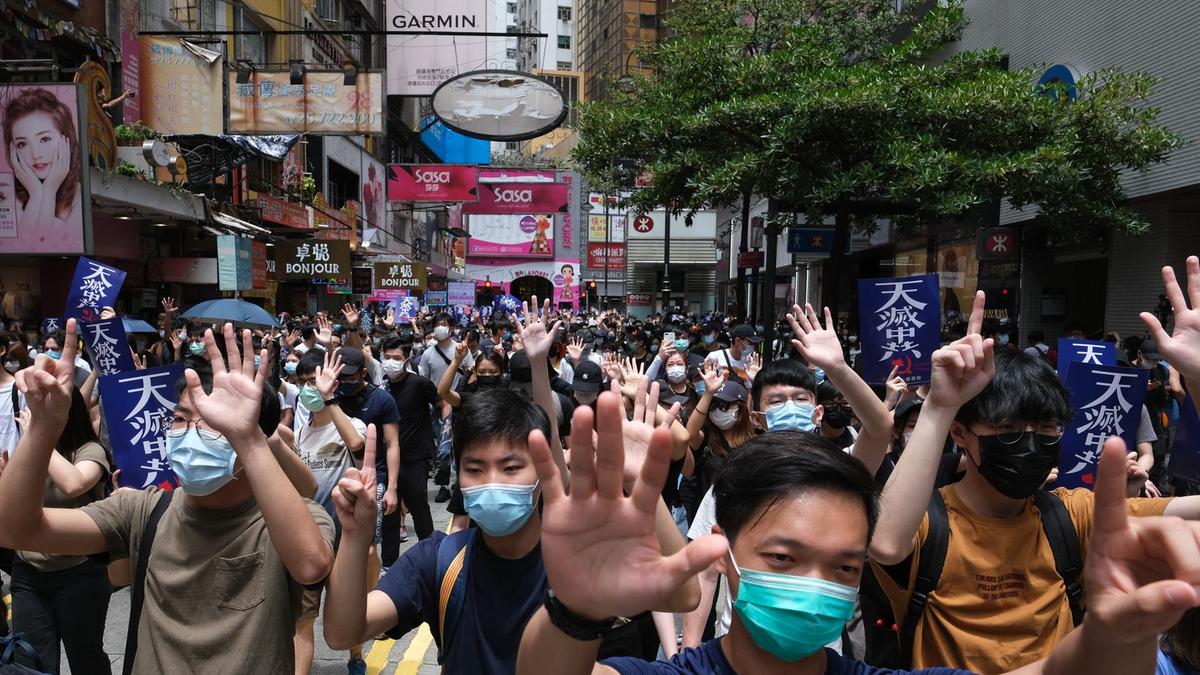 Demonstrators gesture the “Five demands, not one less” protest motto during a demonstration against a planned national security law in the Causeway Bay district in Hong Kong, China, on Sunday. Bloomberg

The introduction of the law is part of a wider conflict between Hong Kong locals — two million of which marched in the streets last year — and the mainland Chinese government. Officials around the world, especially in the E.U. and in the U.S. have begun to condemn the law, and have begun to even threaten economic sanctions.

Due to these geopolitical developments, the Chinese yuan has begun to drop against the U.S. dollar once again — just as it did last year on the back of billions of dollars of tariffs.

Businesses are turbocharging Bitcoin adoption as demonstrations against Chinese

In 2018, Hong Kong’s Securities & Futures Commission (SFC) issued compliance guidance regarding both digital asset exchanges and portfolio management for digital assets. One year on, very few businesses have actually managed to enter the proposed sandbox regime, possibly due to how stringent those rules were perceived to be. SFC has also warned against futures trading of digital assets due to excessive leverage and high complexity and said that it is unlikely to grant a license there.

However, despite the aforementioned regulations, Hong Kong people still decided to look for Bitcoin and cryptocurrency.

Hong Kong people who trade Bitcoin depend a lot on the volume of transactions. In small quantities, people will buy Bitcoin at Bitcoin ATMs available throughout Hong Kong or directly from friends.

According to statistics from CoinATMRadar, there are currently 55 Bitcoin ATMs throughout Hong Kong. 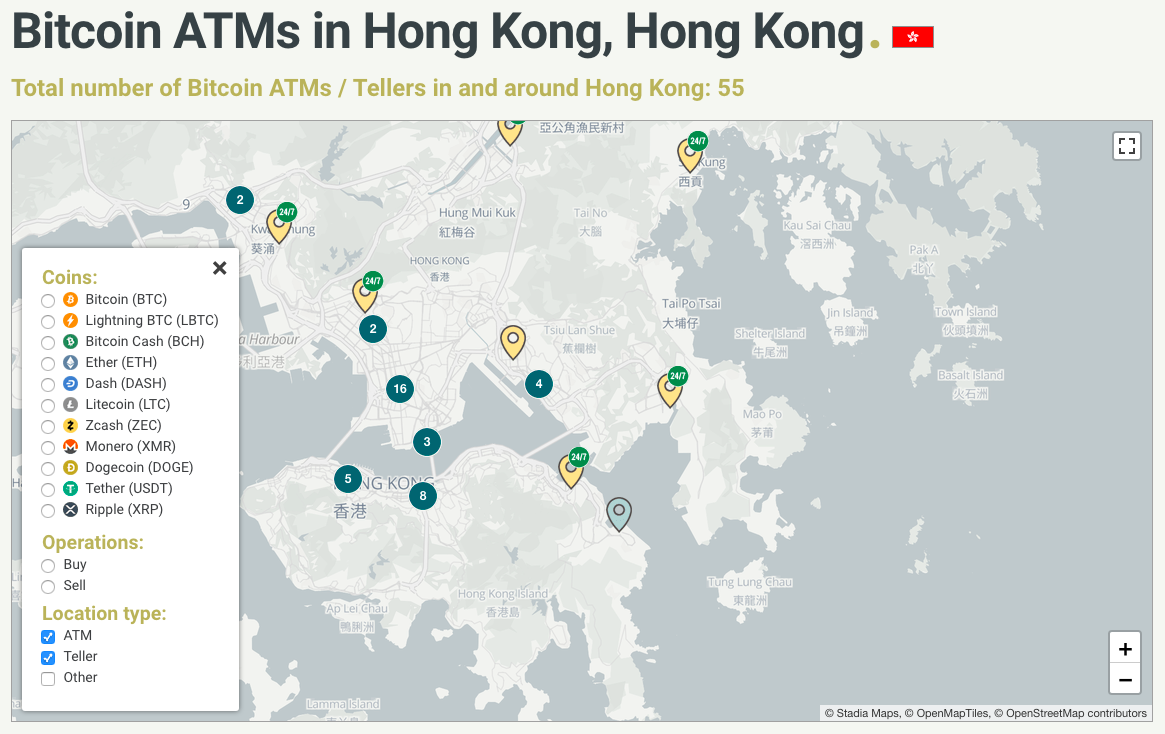 For average volumes (about thousands of US dollars), Hong Kong residents will trade on major exchanges like Bitstamp, Kraken, or Gemini. For larger amounts, people often come to OTC trading.

However, Leonhard Weese, President of The Bitcoin Association of Hong Kong, stated:

“We do not see a direct link between the protest movement and Hong Kong crypto adoption. People don’t see how crypto immediately helps them solve the problems they have. So far, financial censorship isn’t very common and money itself isn’t the issue. Cash works well in the offline world.”

Weese’s argument is also not wrong because as the chart from Coin.dance above, we can see that Bitcoin transaction volume is not really breakthrough. However, it retains steady growth. This can confirm that Bitcoin trading in Hong Kong is still very stable, there is no sign of cooling down but not significantly increased.

However, if indeed the unrest in Hong Kong will lead to greater crypto adoption, then we will see crypto trading activities will significant uptick starting from June this year when the first major protest took place.

Top 10 countries where Bitcoin and cryptocurrency investments are not taxed