HKEX CEO Li Xiaojia: China is capable of overtaking the US in the tech sector like AI, Blockchain and Big Data

China is more digitalized, internet-enabled and capable of utilizing artificial intelligence (AI), blockchain technology and big data than any other country in the world, Charles Li Xiaojia, chief executive of Hong Kong Exchanges and Clearing Limited (HKEX) as well as a member of the Chinese People’s Political Consultative Conference (CPPCC), suggested in his proposal. 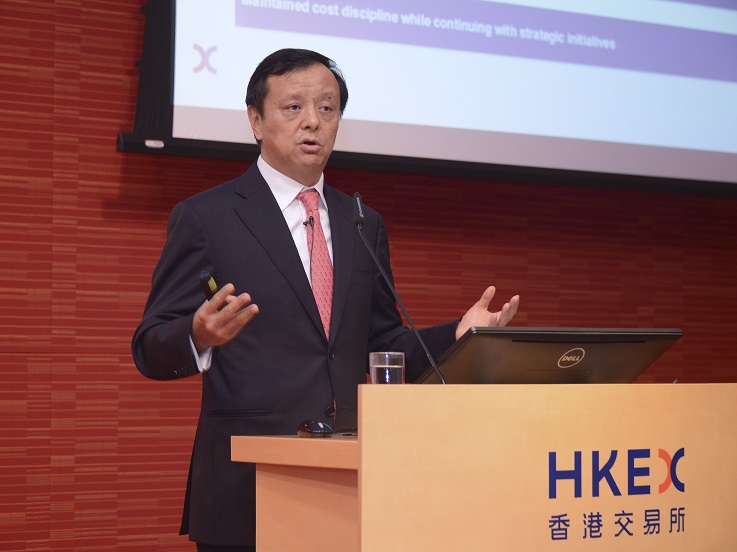 According to the proposal obtained by the Global Times, Li said China has an opportunity to get ahead of other economies by taking advantage of big data and blockchain in the post-pandemic and de-globalization era.

China could relax data management to boost the development of industries, contributing to the next-round global economic development with the country’s strong data accumulation and technological soft power, he said.

In terms of the high-profile issue of data security and privacy protection, Li suggested breaking the traditional constraint of “any behavior outside the law shall not be done,” and accepting a modern principle of “any behavior the law does not forbid can be done.”

“The development of biotechnology is badly in need of support from healthcare data. The prevention and control work during the coronavirus epidemic made the concession of part of the privacy and information protection rights possible, for the sake of public health security,” he noted.

The Hong Kong official suggested starting a trial for data application in the healthcare industry because of its great value and economic benefits.

As the chief executive of HKEX, Li also advised nurturing a market-oriented data trading ecosystem supported by a sound capital market and financial instruments to play a role of “accelerator” and “blood donor center.”

China launched a new infrastructure initiative with total investment of 10 trillion yuan ($1.4 trillion) over six years to 2025, expecting to drive technology such as 5G wireless networks, big data, blockchain and AI, with experts saying China is capable of overtaking the US in the tech sector.

Before his stint as a chief executive of HKEX, Li also worked at two New York law firms in the early 1990s after studying in the US and was a Beijing-based editor and reporter for China Daily in the mid-1980s. Before attending university in Fujian province, he was an oil worker in Bohai oil field in the late 1970s.

Crypto adoption appears to be growing across the continent of Africa

Russia’s blockchain-based voting system is off to a…

Looking for reasons why Saudi Arabia started to apply…