Here is the perfect crypto portfolio for new investor, according to the top strategist Altcoin Daily

In a recent video, the widely-followed crypto Youtube channel Altcoin Daily reveals with their 712K subscriber the best cryptocurrencies to invest in for massive return. 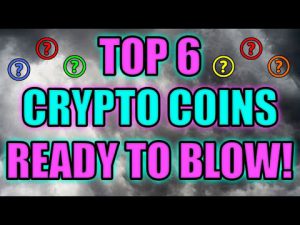 At the time of the video, Bitcoin (BTC) was consolidating near the high 57,000, and Ethereum (ETH) has broken its all-time highs.

In a further note, Altcoin Daily shares their reasoning for including Ethereum in the portfolio:

“Firstly, Ethereum dwarfs every blockchain in terms of fees paid with the current run rate of nearly 7 billion. Moreover, Ethereum settles 30.5 billion worth of value per day. This is far more than Bitcoin and every other blockchain to put this into context. Not to mention, there is now 65 billion locked in DeFi with 16 different projects having more than one billion total value locked”.

According to Altcoin Daily, they also note that more than 200,000 bitcoin (11.2 billion dollars worth of bitcoin) are now represented on ETH in various forms, whether it be wrapped bitcoin or otherwise.

“This is a sign that Ethereum is becoming an economic vacuum for all assets including bitcoin”.

In the second part of the video, the crypto channel goes further and introduces some other potential altcoins.

The first altcoin on the list is Binance Coin (BNB) as it sets new all-time high – days after Binance announces NFT marketplace.

“The exchange is launching an NFT auction house in June, that could ramp up demand for BNB”, they says.

The meme coin Doge (DOGE) is the second altcoin on Altcoin Daily’s radar. The coin has up 12 percent as influencers keep money flowing: Twitter, Instagram, Youtube influencers are helping Dogecoin fight its way to the top.

The third altcoin that should be in the crypto newbie’s portfolio is Polkadot (DOT) as Osprey Funds set to launch Polkadot investment trust.

Yesterday, Osprey Funds announced the launch of the Osprey Polkadot Trust. The fund, which will be available to accredited investors with a $25,000 minimum, is set to be listed on the OTCQX market “as soon as possible,” per a press release from the company. Coinbase will serve as the fund’s custodian.