As of September 5, more short BTC transactions are popping up on Bitcoin futures markets. As the majority of transactions shifted to betting against BTC, the funding ratio of BTC futures has turned negative. But over the past 30 hours, Bitcoin price has risen from $ 10,211 to a high of $ 10,878 on Coinbase. A large number of short orders in the market are driving BTC’s rally for the three reasons below.

Bitcoin futures markets are implementing a mechanism called “funding”. In short, funding encourages traders to long BTC if the market is mostly short or vice versa.

Therefore, when most traders are actively shorting Bitcoin, short contract holders are required to compensate for those holding long contracts. The problem occurs when the funding rate remains negative for a long time. 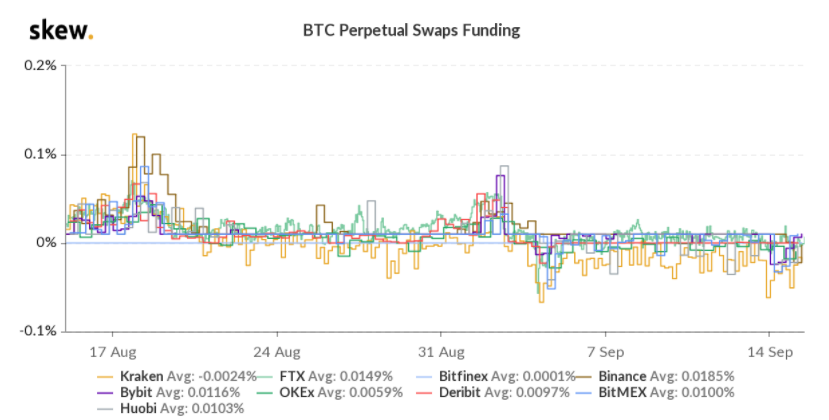 He explained as follows:

“We almost have more sellers at a loss than making a profit. This is optimistic in case you didn’t know.”

#2: A small short squeeze is happening

The open interest rates on the futures market have been at low levels for the past month. Therefore, the market is less volatile for a long time. Since open rates are low, a big short squeeze is unlikely. However, over the past two days, BTC has risen more than 6%, establishing strong new momentum. The bull run shows that a small short squeeze is in progress, invalidating the futures market.

Traders regularly talk about the importance of the $ 10,000 support level throughout August and September. Bitcoin steadily defended the $ 10,000 mark despite the recent selling pressure from miners. And the reason is simple, just let BTC quickly recover above this psychologically important level for traders. The presence of the long-term CME gap at $ 9,650 has increased the probability of a more profound fall below $ 10,000, even though it becomes increasingly unlikely.

The stability above $ 10,000 and the constant attempt to retest the $ 11,000 resistance is an encouraging trend.

Analyst Michael van de Poppe at the Amsterdam Stock Exchange and Cointelegraph Markets explained that the critical resistance to breakout is $ 10,700.

BTC overcame that resistance on lower timeframes and the next hurdle is up to the high timeframe charts to establish $ 10,700 as the new support.

SEC of Nigeria: All crypto assets is as forms of security until proven otherwise