Before the price was adjusted, funding rates for Bitcoin and Ether were respectively 0.16% and 0.19%.

The funding rate is the fee that alongside or short contracts pays to the other side to help maintain a balanced position in the market. The funding rate mechanism helps the market to be short or overwhelmed by the short-term side.

A signal that the instability of Bitcoin’s fall last night was that the funding rate of Bitcoin was very high, with 75% of traders holding long positions.

Most traders have predicted that the price of Bitcoin will rise and show that desire by opening long positions. The inevitable result was that the “long squeeze” happened, liquidating over $ 120 million worth of long contracts. 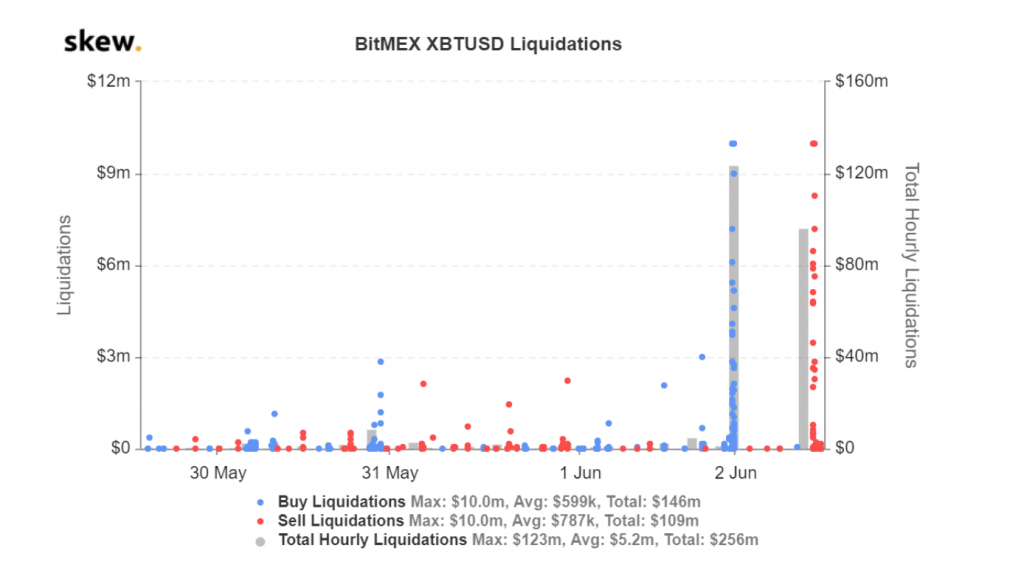 The price of BTC dropped as soon as the US session opened, showing that the Bitcoin CME futures market has contributed a significant part to this Bitcoin sell-off.

In February, Bitcoin made another attempt to break through the $ 10,500 resistance. After an intense rejection of $ 8,400, BTC dropped to as low as $ 3,600 in the following four weeks.

Hours before the Bitcoin dump was strong, the whales transferred money to BitMEX and Binance.

Multiple significant #BTC inflows from #Binance and #BItMEX a few hours before the dip pic.twitter.com/Dynu2t2Ean