Here are the reasons why you should not buy Cardano, says crypto KOL Lark Davis

In a recent video, the famous and influential analyst Lark Davis discusses some of the contrarian points of view against Cardano (ADA). 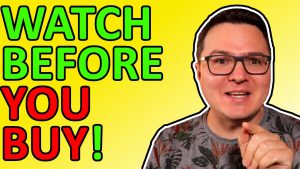 The first critic of this coin is that it is currently overvalued.

“You know give or take a few billion 40 billion dollars at the moment with almost no functional applications currently built on the chain. The main use case for Cardano right now is staking”.

The trader says that the current price of Cardano is riding pretty high on hype versus actual demand for the token based on utility and necessity by developers and users.

“The fundamental economics that you know will drive demand in the future is really not there right now”.

However, Davis adds that there is nothing abnormal about the current situation: “Just because Cardano is overvalued right now does not mean the price is going to go down dramatically or something like that. In fact, quite the opposite is likely to happen. The higher the market cap, the more serious of an investment it is in the eyes of many investors, making the market cap go even higher and becoming even more serious”.

The second critic bringing on the discussion is that there is nothing built on Cardano at the moment.

“Because there is no ecosystem to speak of right now for Cardano”, Davis says.

“Its ecosystem at this time, smart contracts are coming to the testnet and is due in late  April. Smart contracts are then scheduled to come on the mainnet around August..We should see a fully functional ecosystem launching on Cardano in Q3 of this year…Charles Hoskinson has also said that around 100 protocols are planning to either build on or integrate their token into Cardano”.

However, Davis also adds that the number of projects which have actually announced their public intentions to build for the future release on Cardano “can be counted on one hand”, which is not a good sign.

The third criticism of Cardano is that it is moving too slow in its development.

“Elrond, for example, technically very robust has a huge and confirmed ecosystem right now. It was actually launched a year after Cardano and has delivered much more in much less time”.

At the end of the video, the trader concludes that “at the end of the day, money flows are based on self-interest users and will go where the money is. If Cardano can deliver such an ecosystem that makes people money, users will come, developers will come”.