The major US investment bank, Goldman Sachs, has released a report on the DC/EP digital yuan that China is developing. According to forecasts, by 2029, the proportion of domestic consumption will account for 15%, bringing benefits to commercial banks competing with Fintech.

In the next 10 years, according to the report, it is expected that the number of DC/EP user addresses will reach 1 billion, the issue amount will be 1.6 trillion yuan, and the total annual payment amount will be increased exponentially with an estimated 19 trillion yuan.

Traditional banks are the only institutions that are allowed to process DC/EP. Consequently, the report predicts that banks will regain the strength to compete with Fintech.

By linking the DC/EP payment wallet with a bank account, consumers will be more likely to use bank-provided mobile apps. Other banking services such as “wealth management” for the rich provide comprehensive support such as real estate management and investment management, and retail lending can be promoted.

The impact on Fintech will eventually be lessened over the next few years as DC/EP will gradually be operational, but will eventually face new competition with banks in the payments sector. 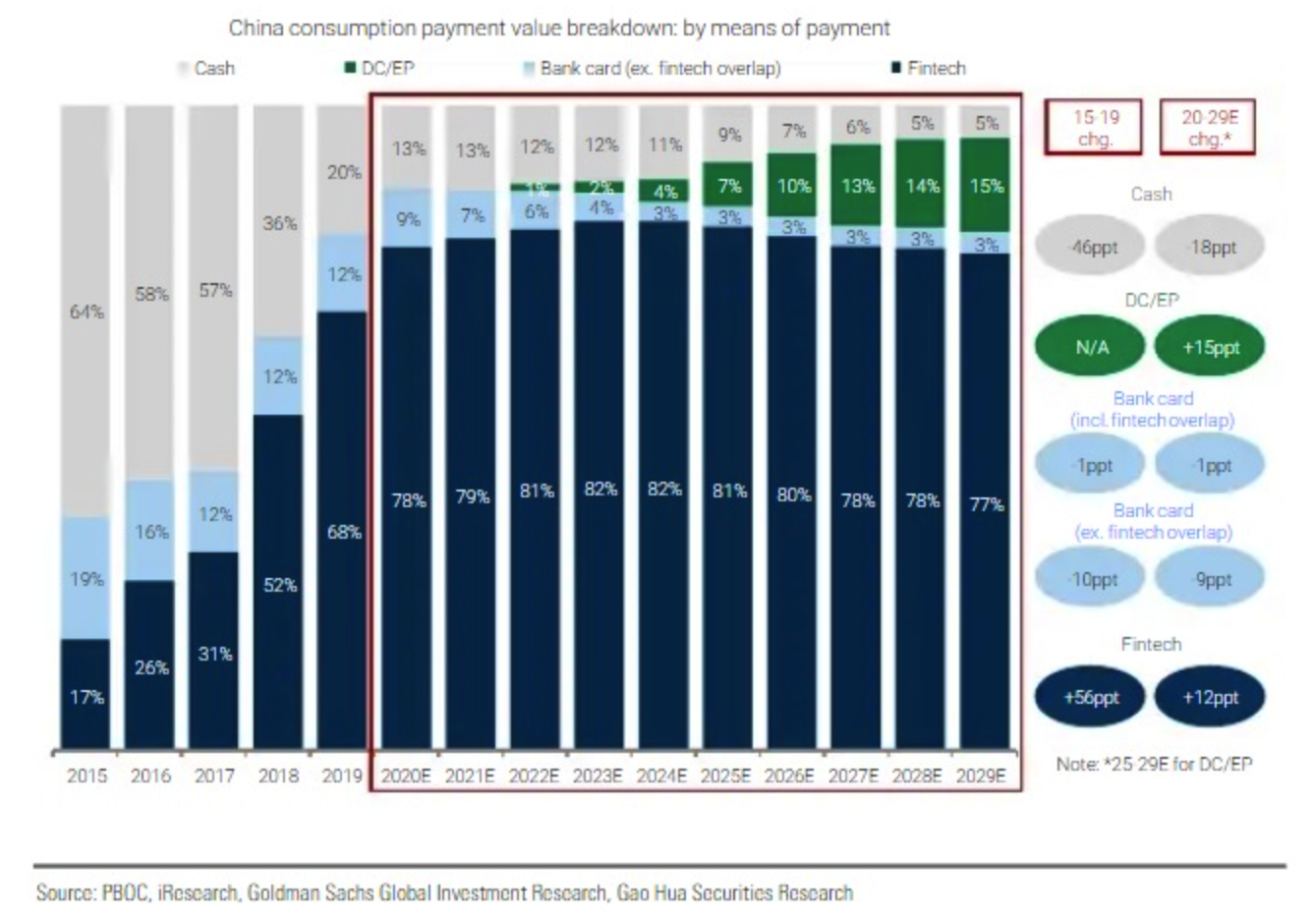 However, Goldman Sachs estimates that fintech payments will still account for 77% of payments by 2029 and remain the mainstream payment method after the advent of DCEP.

Over the next five years, Fintech companies are expected to grow revenue twice as fast as banks, and they can add DC/EP as a payment method for their apps.

The software/hardware vendors will also benefit from contract research and development of DC/EP payments from banks and third-party payment companies and support the hardware update.

In the first phase, DC/EP will primarily pay small payments for food, groceries, transportation, and other uses. However, the report argues that as security and functionality improve, applications will expand to larger, more complex, and value-added services, such as government subsidies and international payments.

Reserve Bank of India: A CBDC could promote financial…

Tencent-backed WeBank and Ant-backed MYbank are said to…

The Reserve Bank of India (RBI) is reportedly mulling…