Bitcoin price broke its all-time high after reaching $ 19,900. That price surpassed the previous all-time high on Coinbase Pro of $ 19,891.99 – last seen almost three years ago in December 2017. New all-time highs come after a while. The sustainable bullish period since September, when Bitcoin was trading between $ 10,000 and $ 11,000. 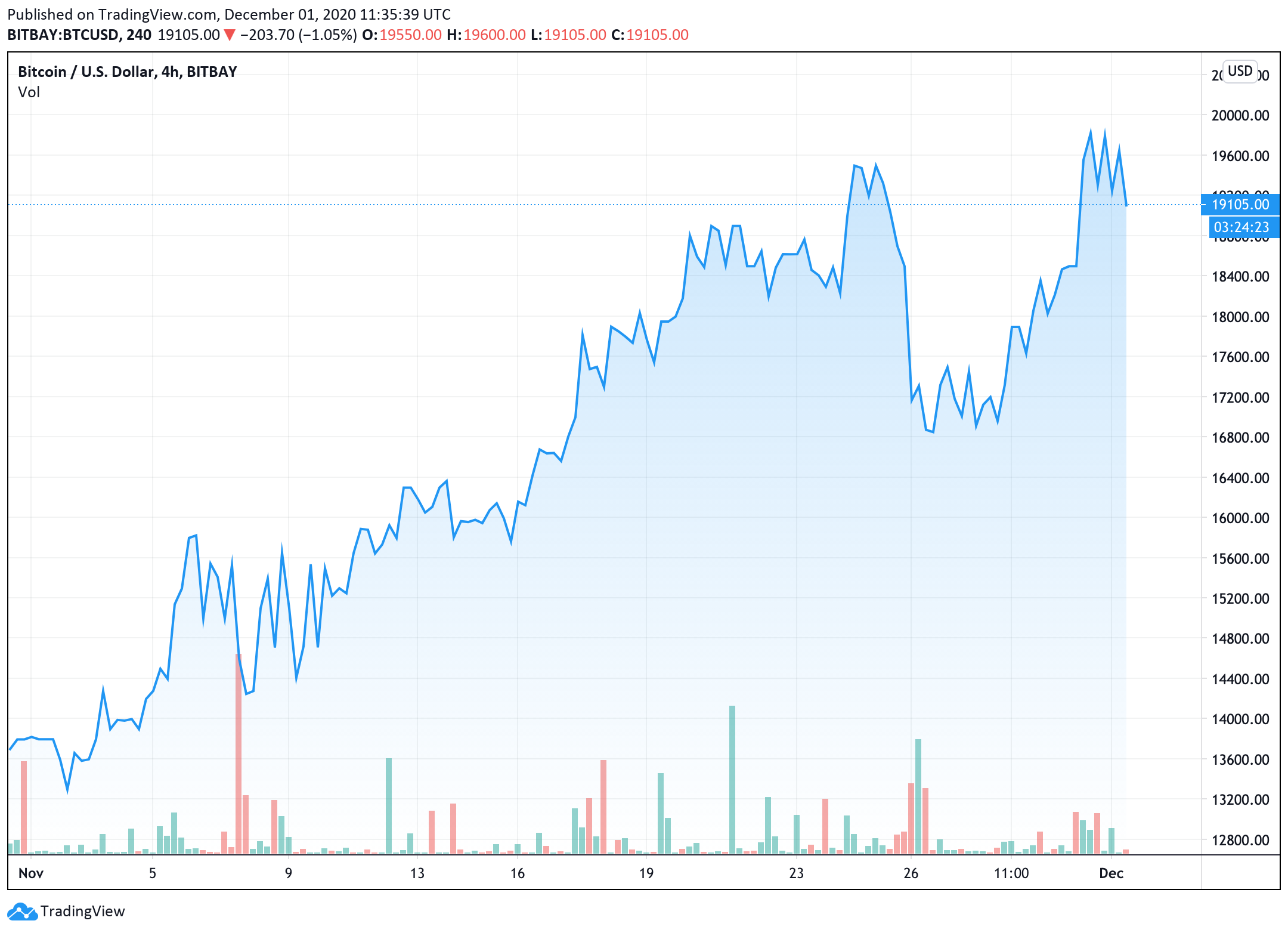 Bitcoin price has broken its all-time high after reaching $ 19,900

According to data from Coinbase Pro, the Bitcoin price has increased by more than 7% in the past 24 hours. However, at press time, BTC is trading around $ 19,374, which appears to have declined slightly from the aforementioned ATH levels.

Elsewhere, according to Glassnode, the amount of Bitcoin withdrawn from digital exchanges has risen to new highs in the past 17 months. There are a total of 2,288,125 compared to the previous value of 2,265,875 recorded on November 26.

Experts believe that this withdrawal amount may be due to traders fixing their profits after Bitcoin hit its new all-time high on Nov. 30. Besides, more people are likely to withdraw. money to store their BTC in a cold storage wallet.

Coinbase has faced a backlog due to a spike in withdrawals. Users had their withdrawals drastically back in 2017, the article writes. However, it assures customers that all of their money is safe.

Bitcoin miners’ revenue from fees has also seen a massive increase over the past 24 hours, up over 106.6%.

Experts believe that the new all-time high of BTC is due to the influx of financial institutions starting to allocate millions of dollars into Bitcoin. The most recent financial institution that warms Bitcoin is giant AllianceBernstein, with a net worth of $ 631 billion.