Galaxy Digital, the crypto merchant bank was founded in 2018 by billionaire Mike Novogratz has released financial results for the three and nine months ended September 30, 2020. The report showed a 75% year-over-year rise in trading volumes, reaching approximately $1.4 billion. Net income of $44.3 million in the third quarter of 2020, up from a loss of $68.2 million in the year-ago period.

Galaxy Digital’s total assets eclipsed $536 million, nearly $225 million of which was in cryptocurrencies. Assets under management totaled $407.4 million at the end of the third quarter, which include $82.4 million in passive Bitcoin and index funds and $325 million in the Galaxy EOS VC Fund. The latter is a partnership with blockchain merchant bank Block.one, founder of EOS. 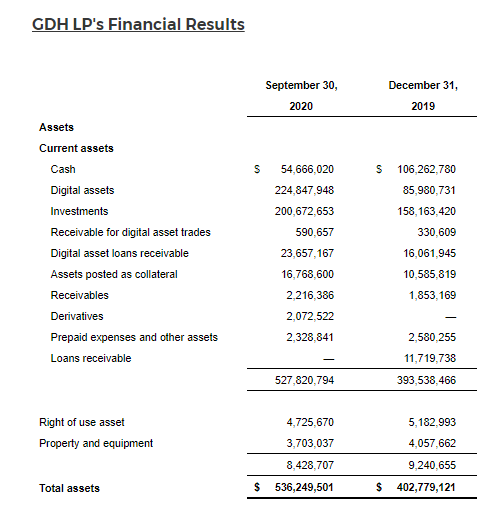 “Galaxy Digital made progress across our business lines in the third quarter, including record volumes in our Trading business,” said Novogratz. “We’ve taken several key steps forward in the second half of 2020, including making critical senior hires, expanding our capital base, and completing strategic actions to position Galaxy Digital for the clear, incoming wave of institutional adoption ahead of digital assets and blockchain solutions by investors, corporates and governments.”

BitMEX has partnered with Chainalysis to increasing…

[Breaking News] Daniel Larimer has resigned as CTO of…

Which site is the best alternative for buying Bitcoin?

Alpha Homora V2 will be launched this month – big…